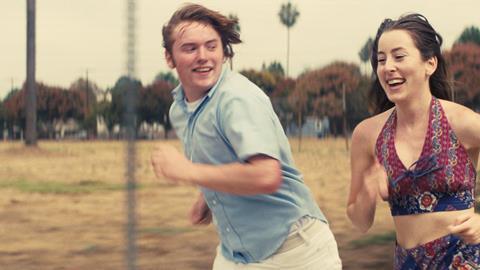 Behind the scenes: Licorice Pizza with editor Andy Jurgensen

The giddy flow of Paul Thomas Anderson’s comedy romance Licorice Pizza is evident from the first scene in which 15-year-old high schooler Gary flirts with twenty something photography student Alana.

Alana Haim and Sean Penn in ’the toughest scene to crack’

“We don’t set the characters up or provide any establishing shots of the school. We just launch straight into the movie,” says editor Andy Jurgensen. “Paul and I were keen to keep the momentum going throughout, to propel you through all these stories and retain that youthful quality.”

Written and directed by Anderson, Pizza is set in the San Fernando Valley, North of LA, like his previous features Boogie Nights, Magnolia and Inherent Vice and in the early seventies just like Boogie Nights and Vice. It’s familiar territory for Anderson who grew up there and is based partly on his own memories and on the early life adventures of his friend Gary Goetzman (who exec-produced Silence of the Lambs and was a one-time waterbed salesman).

“Paul told me about the script shortly after finishing Phantom Thread,” says Jurgenson. “He had all these ideas bubbling up from talking with Gary Goetzman. The main idea was not specifically about Gary [Valentine, in the film] and Alana and more about how nostalgia and telling stories from memory can be embellished and made up and larger than life. Even the smallest events can become heightened moments.”

“Paul doesn’t like a lot of heavy cutting. He wants to keep the performances intact so he’d try to find two or three perfect takes he can pull from,” Andy Jurgensen

The blurring of reality with fiction is fluid on screen and off. Alana is played by musician Alana Haim in her acting debut for whom Anderson has directed and Jurgenson has cut several pop videos. One of those, in 2017, was called Valentine. Haim in real life and before casting for Pizza once babysat a 14-year-old Cooper Hoffman (who plays Gary) at the request of Anderson. Cooper Hoffman is the son of the late Philip Seymour Hoffman who was Oscar nominated for Anderson’s The Master. 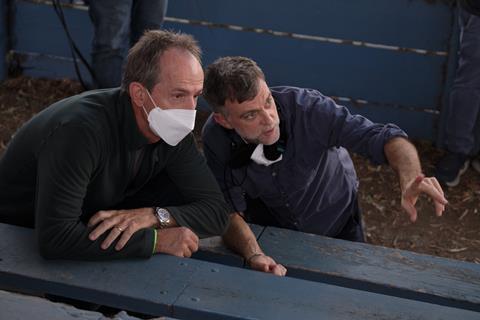 “Gary was a friend of the family,” says Jurgenson of the young actor’s relationship to the director. “We’d cast Alana and we’d tested several ‘Garys’ but the more we thought about it the more realised that the Gary Valentine personality had been in and around our cutting room all along. When we screen tested Alana and Cooper you could feel the chemistry was perfect.” 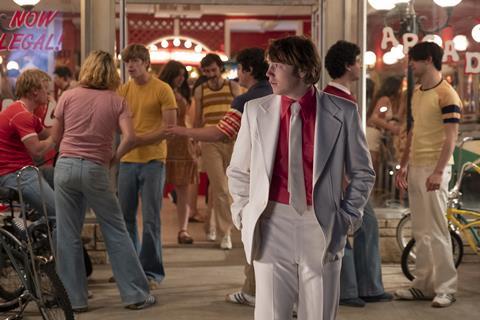 “It is a slice of life or a shaggy dog story where we wanted to keep a sense of the unexpected,” Jurgenson says.

One review has described the film’s style as ‘Bresson meets Ferrell’ though perhaps Truffaut meets Ferrell gives a more appropriate sense of the film’s freewheeling romance and deadpan comedy.

The touchstones for the film’s look are George Lucas’ American Graffiti which was set in 1962 and released in 1973, and Fast Times at Ridgemont High, a 1982 Brat Pack movie starring Sean Penn who also cameos in Licorice Pizza.

Anderson emulates 1970s-style filmmaking processes by shooting on 35mm film with vintage glass (he shares cinematography credits with Michael Bauman). Dailies were screened every day, as filmmakers would have done to review footage in the ‘70s before video playback became widespread.

Like American Graffiti, the film has a pop-strewn soundtrack of tunes from the era including But You’re Mine (Sonny & Cher), Barabajagal (Donovan), July Tree (Nina Simone), Peace Frog (The Doors), Paul McCartney’s Let Me Roll It and Bowie’s Life on Mars. 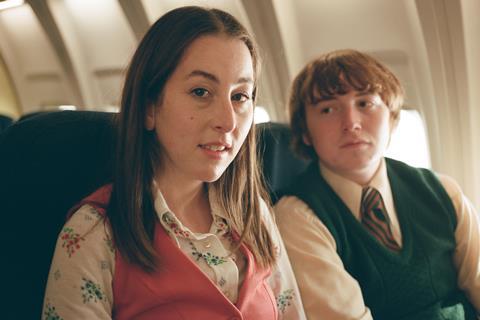 “We knew there would be a lot of needle drops to capture the energy of American Graffiti and Paul had this big playlist of songs which we’d pull from when building the movie. He would also play certain songs when we watched dailies during the shoot just to read the vibe from the room, including from myself.

“We used ‘Stumblin In’ (by Susi Quatro) even though its from ‘78 rather than period accurate 1973 just because it felt like the best track for the moment right before Gary and Alana get on the airplane which really jump starts their relationship.”

He continues: “There’s also a lot of music in the background, on car radios for instance. The tracks we used for the backstage sequences of the story when Gary performs on a variety show was pulled from the actual episode. It’s one of those little easter eggs.”

The segment featuring Peters, played by Bradley Cooper, could have been pulled from Quentin Tarantino’s Once Upon a Time In Hollywood. The situation Alana and Gary find themselves in becomes so unhinged the scene is played for tension as well as laughs.

“It’s also the one scene where there is no music. Throughout that entire scene when the truck is going backwards there’s no score. Bradley is playing such a loose cannon that you don’t know what is going to happen and the lack of sound helps you sense that danger.”

One of the film’s endearing characteristics is that the young, odd couple exhibit a maturity and an integrity which is missing in virtually all the adult characters.

“The comedy helps carry that. A lot of the adults are terrible people – there’s a womaniser, a crazy coked out actor, a racist. Despite all the fun and games, Alana and Gary are about to know what it’s like to become an adult and face real problems and dangers.” 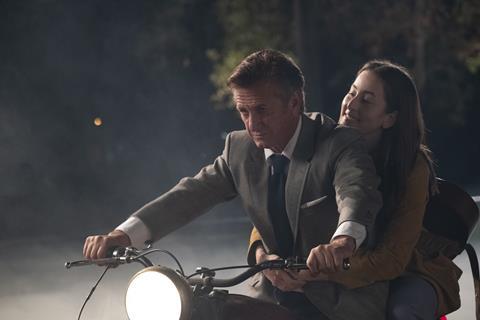 Jurgensen began working with Anderson as first assistant editor on Inherent Vice; he became associate editor on Phantom Thread and is the solo editor on Licorice Pizza. Since 2015, he’s also been editor on all of the director’s shorter-form projects including the Jonny Greenwood and Shye Ben Tzur album documentary Junun; the Thom Yorke one-reeler Anima; and music videos for Radiohead. He dubs these music videos “mini movies” and a great way to learn how Anderson likes to work with dailies, cutting and finishing. In postproduction for Pizza they were able to work in a Covid-bubble over winter 2020 which Jurgensen says preserved their creative energy.

“Perhaps the toughest scene to crack was set in the [oak-panelled bar-restaurant] ‘Tail of the Cock’ when Alana is with Jack Holden (Penn). Gary and his friends enter the scene and we got bogged down in early assemblies with setting up Jack as being drunk and then Gary trying to catch Alana’s eye, meanwhile Tom Waits is talking to the whole bar. We just had to continually pair it down so it worked.”

The opening sequence wasn’t quite as effortless as it appears either. “As you can tell from his other films, Paul doesn’t like a lot of heavy cutting. He wants to keep the performances intact so he’d try to find two or three perfect takes he can pull from. This scene was shot over two days and we’d initially assembled it from more of a front-on angle which just didn’t feel right. We found a take of Alana and stayed on her facial expressions for a minute, maybe more, before switching to Gary and that just clicked.” 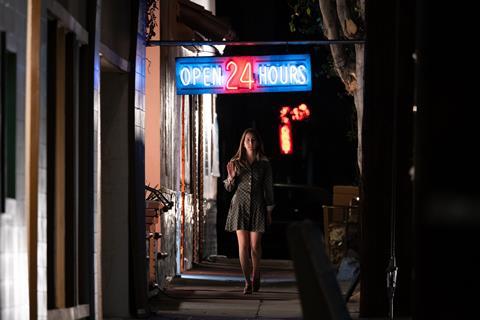 A scene in which Alana auditions for a talent agent is perhaps the funniest, largely because of the performance of Harriet Sansom Harris.

“We had two different takes of her, one wider shot and a close-up. Her performance was so powerful on the close-up we built the scene from those and [the close-up] became a motif used in the rest of the film as well. I think it’s her timing and her use of pauses that works so well and that’s not easy to do when there’s no actual audience to perform to on set. When we test screened the film the moment when she’s on the phone and talking about Tatum [O’Neal] and then describes Alana as like an English pit bull dog… the theatre roared with laughter.”