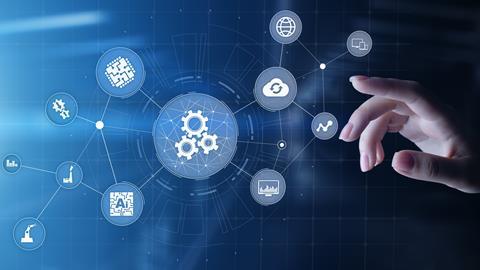 Cloud-based microservices are enabling workflows to be tailored more precisely to their needs, although orchestration and inter-service interoperability are still ‘works in progress’, writes David Davies.

Cometh the hour – cometh the new technology. Sometimes the curve of progress bends towards broader behavioural or industry-specific changes with an almost unerring precision. The pandemic has highlighted no shortage of examples, including cloud-based microservices and ‘containerisation’ that give broadcasters the opportunity to benefit from more scalable and versatile workflows. 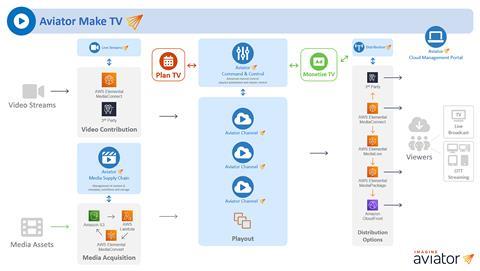 Steve Reynolds, President of Imagine Communications, recalls that the company was “already on the trajectory of cloud-based microservices” at the time Covid-19 struck, but that a lot of further progress had been made in the ensuing two years.

With the arrival of the pandemic, many businesses faced a situation “where people were not able to go into a facility and work with the big monolithic on-premise systems they had been using before. All of a sudden there was a need to move to a different operational model which involved more support for remote working, remote production and master control.” 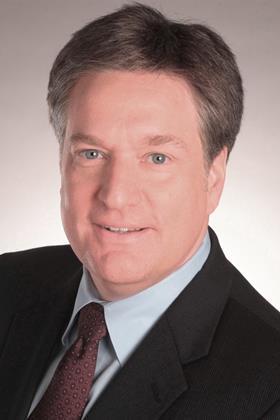 These requirements strongly underlined the value of microservices, which enable the fluid deployment of different software products and are therefore easier to employ and scale than traditional ‘monolithic’ architectures.

Accordingly, Imagine was not alone in “making a lot of progress in building software to support microservice-based architectures and also to leverage them to support more scalable topologies, which in conjunction with containerisation and the ability to rapidly stand-up new environments and scale them out means they can change as our customers’ needs evolve.”

Advantages of a resilient system

Whilst the relationship of the cloud to microservices is often discussed, Robert Nagy – Chief Technology Officer of video production solutions developer nxtedition – draws attention to their ability to support the easy change-out of one service for another. 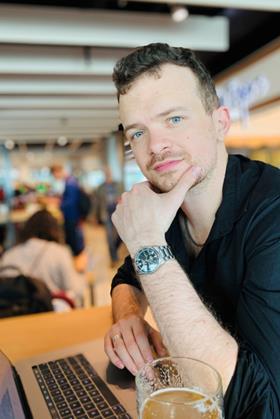 “What we provide is built up entirely of microservices, and it’s not just for the ability to run in the cloud,” he says. With microservices, you “get the advantages of a resilient system without [the risk of] affecting everything else. So, for instance, you can address errors very quickly and it makes updates easier, too. In fact you can get close to zero downtime on updates as there is the opportunity to update services one at a time, and only shut down the old one when the new one is fully active. That’s where you find a lot of the power of running microservices.”

Although he agrees that industry knowledge about microservices is continuing to improve, Nagy says that there are aspects of cloud-based operations that some broadcasters are still yet to resolve.

“There are elements that people are used to on-premise that they need to let go of for cloud-based solutions. Latency is an example, where there is a balance to be struck between what is required and what you want to produce.” He suggests that latency “in the range of 300ms” should be regarded as acceptable for cloud-based production.

After all, as Nagy adds, “what clients want is best-of-breed microservices that they can glue together to provide exactly what they need, which is currently not practical unless most of them come from the same provider.”

Meanwhile, nxtedition continues to develop its own microservices-based solutions that include individual products for production and distribution tasks such as playout, planning, subtitling, editing and streaming. The latest additions to this “strategic approach to workflow consolidation” include a feature called Virtual Assets – which enables seamless integration between third-party systems – and a new web-based editing product, both of which will be showcased at IBC2022 (7.A08).

As Reynolds notes, the accelerating migration to the cloud – before and during the pandemic – had had a comparable effect on R&D: “Perhaps the best way to put it is that we did 5 years’ advancement in about 1.5 years.” Among the contributing factors is the “emergence of FAST [Free Ad-Supported Television] channels that really celebrate the need to do cloud-based deployment, and also do it more cost-effectively.”

Alongside continued development of microservices, the company’s cloud-driven strategy has lately yielded the introduction of a new cloud-native platform, to be highlighted at IBC2022 (stand 2.B49). Imagine Aviator enables broadcasters, multi-channel video programming distributors (MVPDs) and digital-first providers to plan, make and monetise linear and OTT content from a single platform. The result, says Imagine, is a platform that includes all the capabilities required to deliver premium-quality linear channels with unified origination.

“Cloud and hybrid cloud deployments have to prove that they really work, are cost-effective, easy to maintain, and respond to the business needs of media companies.” - Julian Fernandez-Campon, Tedial

Significantly reducing the time to launch is one of the major benefits to be gained from cloud migration, indicates Reynolds. Until recently “a broadcaster might be looking at 3, 4, 6 or even 8 quarters to launch new channels. It would be a very big project involving facility commissioning, extensive integration, software integration, and so on.” But thanks to recent advances, the time frame can be brought “down to 90 days” or thereabouts.

Like Nagy, Reynolds implies that making microservices work together more seamlessly constitutes a next big step for the industry. “Better integration models are needed as this operational model matures. So I think there will be a push towards standardisation in terms of communication between microservices. 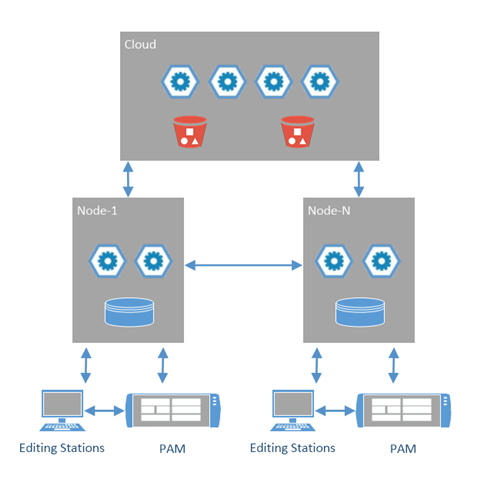 “In addition, there is a need for better tools around orchestration, although there are things happening there that are starting to mature. Our industry has taken a very wise move in that regard by looking to leverage some of the standards coming out of the IT industry.”

By way of example he points to the SCTE 224 Event Schedule Notification Interface standard, which was actually approved by the Society of Cable Telecommunications Engineers back in 2015.

“If we are able to follow along with what the global IT industry is going, then it makes a lot of sense,” says Reynolds. As well as the potential cost-savings, it also chimes with the compositional changes affecting the broadcast workforce – most prominently, the fact that “a lot of people coming into the industry are IT by training, who think about things in terms of them being digital natives.”

Where all applications are integrated

Julian Fernandez-Campon, CTO of media and content management specialist Tedial, puts recent developments in a welcome longer-term context. “There’s been a lot of buzz in the M&E industry about new architectures based on microservices: best practices, how to migrate from the old-fashioned monolithic infrastructures, cloud native, cloud ready, and a long list of topics, discussions and confusion for some time.

“Following this tsunami of information and marketing actions comes the reality, which means that cloud and hybrid cloud deployments have to prove that they really work, are cost-effective, easy to maintain, and – more importantly – respond to the business needs of media companies in terms of elasticity and pricing model, etc.

“Our view is that cloud-native software should be designed and built entirely according to the principles of service-oriented architecture, with each new generation of technology enabling more abstraction and leverage on past achievements.”

Tedial’s own focus on solutions that enable “microservices deployments to be successful” has recently yielded the smartWork NoCode Media Integration Platform, which is natively built with microservices and kubernetes, the open-source container orchestration system for automating software deployment, scaling and management. 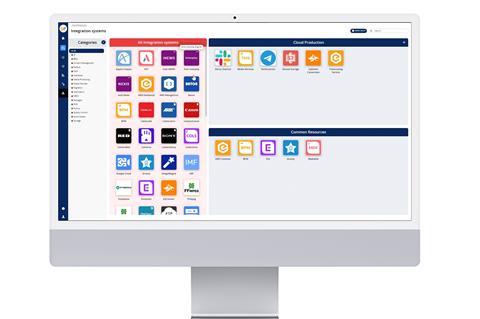 “It provides a new paradigm, which defines a platform where all the applications are integrated. Media management capabilities and workflows are defined with a NoCode approach, which allows non-technical people to implement the content supply chain processes and production workflows by themselves, without the support of the IT team or programmers, including all the security needed.”

With other vendors also actively working on integration projects, there is reason to believe that some of the more persistent challenges associated with microservices will be resolved in the not-too-distant future. At which point, the eminently malleable and ‘fit for purpose’ concept of microservices as a vital facilitator of powerful cloud-based operations, will be poised to realise its full potential.