Audio roundup: New products you may have missed during lockdown

With big technology showcases cancelled due to the coronavirus pandemic, manufacturers have turned to online launches and tutorials to highlight their new products. Kevin Hilton rounds up some of the big audio product news. 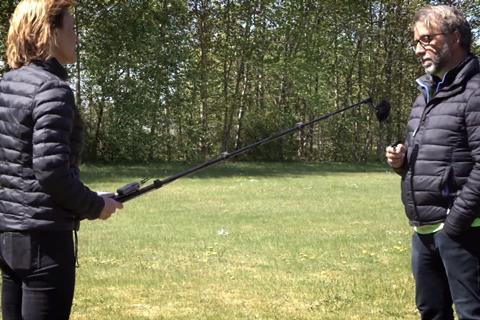 Reporting: Covid-19 restrictions have led to the creation of DPA’s Core interview kit

Like their visual broadcasting technology counterparts, audio manufacturers already had new product releases for this year scheduled for the big exhibitions. While the coronavirus outbreak, and subsequent cancellations of the NAB Show, AES Vienna and IBC, has not thrown off all the major launches planned, it has made companies rethink not only how they promote themselves but also what their customers really need right now.

This has led to a plethora of webinars, online tutorials and videoconferences. Console manufacturer Allen & Heath has been especially prolific with its virtual seminars, streams and specials, many featuring guest stars such as Billie Eilish’s front of house engineer Drew Thornton. While A&H works mainly in live and installed sound, its ZEDi hybrid mixer is being used for podcasts and streamed performances, which have become hugely popular during lockdown.

As TV and film productions resume shooting, companies have been issuing guidance on using equipment and at the same time ensuring the health and safety of technicians, actors and journalists. Leading mic manufacturers, including Sennheiser and Schoeps, have issued comprehensive advice on the potential risks and how to clean the equipment. Other companies have moved out of their core areas to produce personal protection equipment (PPE); both Sound Devices, better known for its location recorders, and mic windshield developer Bumblebee Industries, have used their respective manufacturing bases to come up with visors for use in the field.

Microphones for all
The Covid-19 pandemic has fundamentally changed broadcast production. Reporters have to keep the regulation two metres away from interviewees, something DPA’s latest release is designed to ensure. The 4097 CORE Interview Kit comprises a 4097 CORE mini shotgun mic, MicroDot cable, transmitter plate and a lightweight telescopic pole to allow for the pickup to be moved discreetly out of camera shot at a safe distance.

With more presenters on both TV and radio broadcasting from home, the microphone is a key element in ensuring good audio quality. The same is true for YouTubers and podcasters. The main development for this new market has been USB microphones, which can be plugged directly into a computer and used in conjunction with virtual mixing and editing programs. This does away with the need for external hardware such as a mixing desk or microphone pre-amplifier. 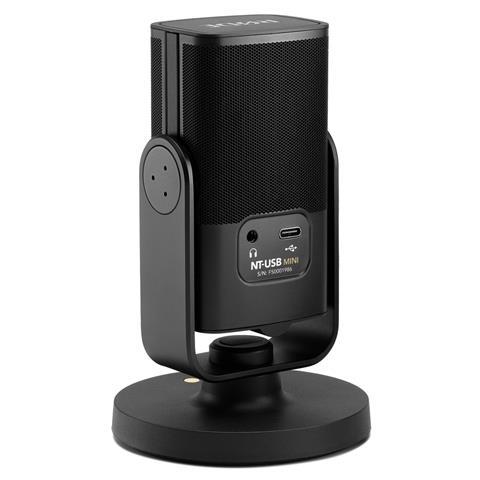 RØDE, an early proponent of USB mics, is seeing increased demand for its established NT-USB Mini. This compact model can be mounted on either a desk stand or an anglepoise arm and also features a studio-standard headphone amp. The company has also upgraded its RØDECaster Pro self-contained podcasting console. New features include the DC-USB1 power cable to allow the desk to be powered from any compatible USB output; the SC9 TRRS to TRRS cable to connect the RØDECaster Pro to a smartphone; four HJA-4 adaptors to allow headphones with 3.5mm connectors to use the RØDECaster Pro’s ¼-inch headphone outputs; and the XLR-ID colour-coded rings so that any XLR can be easily identified and organised.

A newcomer to the market is beyerdynamic’s FOX, launched at the ISE show in February. Aimed at home musicians as well as podcasters, the FOX is a large diaphragm mic with headphone output, mute button and mix attenuator, priced at just under £100. The cost of microphones, both USB and conventional XLR models, has fallen dramatically. US headphone manufacturer JLab recently moved into microphones with the Talk Series of USB models, which start at around $49. Chinese imports offer even lower cost and, by all reports, comparable quality, with brands such as Fifine (USB, £20 upwards) and Neewer (XLR, approximately £35).

Back in the studio
Among the big audio announcements for broadcast centres and other facilities was SSL’s S300-48 fixed layout 48+1 fader mixing controller. This is the latest addition to the console manufacturer’s System T audio over IP (AoIP) networked production platform. Keeping the compact frame of the S300, making it suitable for medium sized studios and OB trucks, it offers more faders, allowing it to handle a higher number of inputs at larger events. Its AoIP component is enhanced through direct software integration of Audiante’s Dante protocol and Domain Manager (DDM). 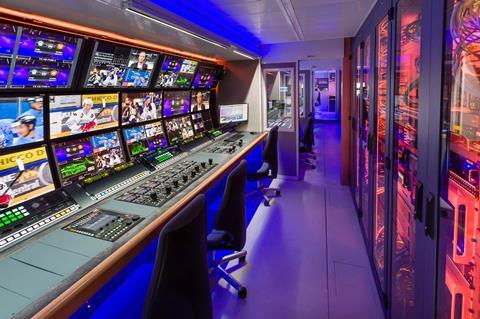 OB Trucks: SSL’s latest mixing controller is compact to allow it to fit into smaller studios

Another historically important name in mixing desks, AMS Neve, raised its profile in May by updating a key part of its heritage. It’s 50 years since the introduction of the 1073 microphone pre-amp, designed by Rupert Neve. Now branded as the 1073 OPX, the unit has digital and analogue monitor paths, Total Recall of settings and optional USB ports. Additionally, it can also interface with digital audio workstations and has Primary and Secondary Dante connectivity for AoIP networking.

German console maker Lawo has in recent years expanded its activities into IP network for both video and audio, the latter through the RAVENNA AoIP protocol. Its latest launch is a series of control upgrades for the VSM IP broadcast controller. Release 2020-2 includes the Flow State Master feature, which identifies VSM as having overall control over routing status. This ensures that an IP infrastructure functions in a deterministic fashion at all times, while another new function, Network Bridging, allows two or more independent VSM-run systems to share sources. Other new AoIP products include the Sonifex AVN-DIO10 Dante to 3G/HD/SD-SDI embedder/de-embedder and Glensound’s STYX mixer for networks utilising both Dante and the AES67 interoperability standard.

With greater reliance on remote presentation and broadcasting right now, audio quality is even more of a priority. CEDAR Audio has pioneered many technologies for sound restoration and continued this at the beginning of May with the introduction of Retouch 8. This moves the company’s patented technique for spectral editing forward by adding machine learning (ML). This makes it is possible to match one sequence of faulty audio with others displaying similar problems elsewhere in a recording.

Another company enhancing existing products and technology is Genelec, which has introduced the 1235A Smart Active Monitor. This combines the sound of the established 1035 control room loudspeaker with 96kHz process and GLM calibration software. The GLM enables the 1235A to automatically change its performance to match the acoustics of where it is being used, which could be a post-production facility or music studio.

With remote production already a trend and destined to be a crucial tool in the months ahead as live sports coverage resumes, good communications are even more necessary than before. This has been recognised by leading intercom developers, including RTS and Clear-Com. RTS is making VLink licences available to broadcasters so they can use its virtual comms platform on location. Clear-Com’s most recent product is Clear-Com FreeSpeak Edge, a wireless comms system with a new chip set designed for the 5GHz frequency band. It can work on a digital matrix with other Clear-Com systems and has AoIP capability through AES67.

Riedel made its name with intercom but has branched out over the last ten years into network distribution and commentary. It has now moved some of its technologies sideways into the medical field, adapting its intercoms and networking products to provide communications either on a single ward or throughout a hospital. The company has branded its products as Medical Team Communication System, explaining that Covid-19 has put unprecedented pressure on health care systems. It says that allowing doctors and nurses to communicate efficient will help save lives at a time of serious need.