The IBC 2022 Accelerator programme aims to support the media & entertainment industry to solve some of the biggest challenges in the market today, and this final cluster of projects is taking on some of the most diverse and complex of the lot.

From the deceptively simple questions posed by the next generation news studio project, to the technical detail and complexity of the 6DOF Immersive Audio and Blockchain projects respectively, and finally the robust challenges of creating and using Volumetric Video in real-time, these projects speak to, and elaborate upon, real-world questions. 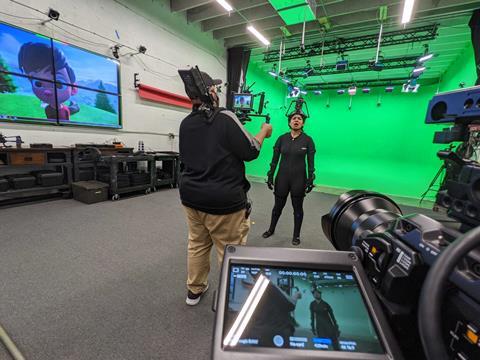 The answers these Accelerator projects find may not be simple, or completely polished, but the journeys are set to be illuminating, and unquestionably they will be of enormous value to the industry as a whole.

As you might expect from the IBC Accelerator programme, one of the biggest buzzwords of the last few years - blockchain - is present and correct. However, the ‘Media Content Sharing, Monetization and Micropayment Systems via Blockchain’ project is no simple cut-and-paste of previous digital ledger experimentation. It attempts to leverage the potential of blockchain in new and unexpected ways.

Specifically, the project aims to dig into how OTT platforms can incentivise new users via NFTs and tokens. The ingenious mechanic is to harness existing authorised platform users to share content with a new set of users (non-subscribers) in a micro-distribution channel arrangement, simultaneously generating blockchain rewards for the users, while growing platform engagement and subscribers at the same time.

Paul Robinson, Tata said: “This is about how you can get more from your content by actually using your existing customers to help you. Discovery is a big problem… This [concept] could be great for pay TV operators who want to grow their reach, maybe want to expose content that otherwise isn’t exposed. It can certainly accelerate monetization of content through micropayments which then could become subscriptions.”

The central premise in the fascinating ‘6DOF Audio-Led Narrative and Music Experiences in the Metaverse’ challenge is to examine the potential impact of wearable tech and geo-located content (’the real-world metaverse’) on content production.

It seeks to begin to unpack some of the questions behind interactivity and the value of audio in creating immersive experiences - specifically in the use of  6DOF (six degrees of freedom) Audio content.

The Champions, including BBC, Paramount and King’s College London, and Participants - Magic Beans, TuneURL, White Light - will also explore use cases around interactive audio and ADM (Audio Definition Model) to deep-dive into how current standardised metadata models for describing the technical properties of audio can be utilised for 6DOF spatial broadcasts.

As if that wasn’t enough, the Project also aims to create an immersive theatre space too.

“On the other side we’re working with a great immersive theatre production company. They’ve come up with a narrative concept which can be played out in a physical space, and again, you’re going to be free to move around”, continued Llewellyn.

“This is going to be an experience, but if you didn’t go [in person], how can we scale it? And how could these broadcasters distribute this at scale, and create traditional content [around it]?So the second part is to examine that - we’re going to have a few different outputs…”

The Project, 6DOF Audio-led Narrative and Music Experiences in the Metaverse will be showcased on the 9th September, 15:45 - 16:30, Innovation Stage, Hall 2.

While the underlying technology is rapidly maturing, there can still be a gap between the possibilities and the timeframe, budget and resources of a traditional broadcast pipeline.

Rafa Pagés, Founder and CEO, Volograms explained what to look forward to at the show:

“I can only speak for some of it. But you will be able to see how 2D images from different players can be turned into 3D models without having to use any manual tweaking and how those 3D models can be integrated into a broadcast studio.

“Of course, we will also see studio captured footage, so we can understand the difference, and see what the difference is in costs. But I think it’s going to be very exciting when we see some action from a game suddenly live in front of you, with some depth and some 3D effects that you can apply on top of it….”

The story of the future

Last, but by no means least, an Accelerator project that is nothing if not forward looking. ‘Next Generation News Studio’ looks squarely to the future and across the board, asking questions of the type of content required by consumers in the future, as well as the available and emerging technologies studios will use to ensure that the stories can be told fully, immersively, and with the correct level of balance. The need to develop techniques to engage next generation audiences is also a core premise of the project.

Morten Brandstrup, Head of Newstechnology, TV2 DENMARK explained why this project is a particularly challenging one: “I’ve been involved in other [Accelerator] projects, and they were more about showing what was possible. They were a little easier because it was easy just to pick different tools that were in the market, so to speak, and try and showcase how far we can push it. Here we are talking about something that is not there [yet]. The expectation was to talk ahead of what we see today, probably five to seven years ahead…”

While innovation is a key theme running throughout the IBC 2022 show, and indeed the wider remit around the organisation as a whole, it is clear that the Accelerator projects represent some of the brightest and most compelling examples of innovation in broadcast and media today. Join them at IBC 2022 - either in person at the Showcase Theatre, or via the detailed coverage on IBC 365.