With the IBC2022 Accelerator Programme underway, we look back at some of the previous projects and how they’ve impacted media workflows.

The IBC accelerators programme has seen a huge variety of fascinating projects over the years, as well as collaboration between the very biggest names in the broadcast, technology and media industries. The results have been impressive by any measure, combining cutting edge technology and genuine industry pain points with innovative thinking and ingenuity. 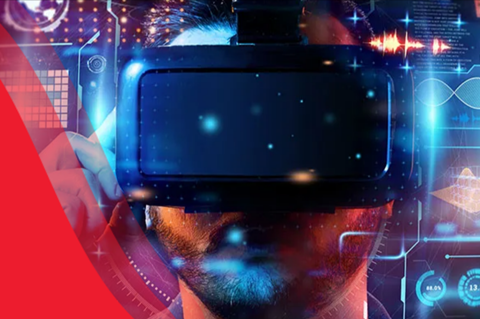 In this article, we’ll revisit some of the most interesting projects from the last few years to see how the themes have traced wider industry trends.

2019: The origins story and IBC Catalysts

The seeds for the IBC Accelerator programme were sowed in 2019, when three Catalyst projects were showcased at IBC2019. These Catalyst projects highlighted some key themes that will be immediately familiar to anyone who works in the industry - 5G, the AI indexing of content, and Mobile News Gathering Using AI-Powered Compression.

Al Jazeera was involved in two of the Catalyst projects: Mobile News Gathering Using AI-Powered Compression and AI Indexing for Regulatory Practice. Grant Totten, Al Jazeera’s head of media and emerging platforms, explained at the time that the partners involved had taken a “start-up mindset” in order to tackle the common issues they’d identified.

“The Catalyst projects are organisations working together to discover a common issue and fast track a solution across several months,” he added. “We’re moving much quicker than we normally would.”

2020: The IBC Accelerators step on the gas

For 2020, it became apparent that several of those 2019 themes would be staging a reappearance, with an initial tranche of projects including 5G remote production, TV delivered as objects, AI assisted shot list creation of video assets, and Usable VFX archive, with project leads from the BBC, ITV, Associated Press and MovieLabs.

Television Delivered as Objects brought together ‘Champions’ ITV (Project lead), the BBC, Unity Technologies and YLE with ‘Participants’ Dazzl, Grass Valley, Singular.live and Eluv.io. The aim was to investigate modularity and thus potential targeting for graphics and audio, in the same way that video segments could be modified downstream.

Tim Davis, Principal Architect, Enterprise Architecture at ITV, outlined what the UK broadcaster - and this Accelerator’s lead Champion - hoped to achieve. “Our main aim [was] to start to shape what a future TV service looks like. Right now, we have linear services and on demand services, that each have very different attributes – hardware vs cloud; shared vs personalised, centralised vs distributed and so on. The Accelerator [helped] us work out how we can take the best of both worlds and merge them to help shape future services.”

The Usable VFX Archive project saw Champions MovieLabs (Project Lead), Universal Studios, Paramount Studios, Sony Innovation Studios and Unity Technologies team up with Participants Perfect Memory, Atmecs and Vidispine. The aim was to create a proof of concept for a standardised ecosystem for the storage, sharing and archiving of 3D digital assets in the same way that media asset management systems already facilitate the handling of video and audio assets. In a similar way, a 3D VFX asset package would carry with it a descriptive metadata and a proxy for easy viewing of the package contents - to make it easier for a package of assets to be shared between vendors and their clients.

The project considered both operational and commercial challenges by aiming to minimise the inefficiencies inherent when multiple groups are working on and sharing the same assets.

Building on two projects that were part of the 2019 Catalyst programme, Live Content Moderation with Champions Al Jazeera, RTÉ, Reuters, Associated Press (AP) and the BBC, came together with Participants Metaliquid and TV Conal. In 2019, Al Jazeera, RTÉ and Associated Press (AP) had used AI to automate the identification of on-air content and measure it against compliance metrics defined by regulators.

The second project, in which Al Jazeera, RTÉ and AP were joined by BT, used AI-powered compression to improve time-to-air for live for journalists using mobiles for news gathering. 2020 would see the real-time, AI-driven content moderation on live broadcast content at scale and speed as a live proof-of-concept. Led by Al Jazeera, the proof-of-concept leveraged developments in post-production content moderation and metadata enrichment to drive similar capabilities and value for live streamed content.

A final topic was to become a talking point and industry trend that still continues today - 5G in broadcast. In this specific case 5G Remote Production. Bringing together Champions Al Jazeera, the BBC, BT Sport, ITV, SVT, TV2, ViacomCBS, Yle, Olympic Broadcast Services and EBU with Participants Mobile Viewpoint, Huawei, Aviwest, Sony, LiveU and NewTek, the project aimed to design and evaluate several 5G-based production system architectures including public networks and standalone ‘non-public networks’ (NPN). These will be used to connect wirelessly to multiple audio and video devices which can be configured for either local or remote control.

2021: Growing in significance and scale

The 2021 IBC Accelerator Programme saw growth not only in participants - there were more than 100 Champions and Participants involved - but also in the resulting number of projects, boosted up to eight.

Another trend was continuity, with the previous year’s AI project led by Al Jazeera continuing in the shape of AI Bias detection, using AI to detect, measure and flag bias in the representation and portrayal of diverse genders, cultures, and ethnicities in reportage and news coverage.

Audio was far from left out, with CTOI, ORF, and MuseumTV teaming up to look at fully immersive audio in Immersive Audio and Sound Imagery, with spatialised six degrees of freedom using a live orchestra and several other workstreams.

Rounding out the 2021 projects was Sustainability in Live Production, which set out to quantify and measure energy consumption in the sector, suggest efficiencies, and work with vendors to develop better solutions where possible.

The 2022 IBC Accelerator programme is now well under way, having exploded into life with the IBC Accelerator Kickstart Day back in April. Eight projects have now been chosen, and will be showcasing their results at the 2022 IBC Show in September.

5G is once again in evidence, with both 5G and the Arena of the Future for XR Events and 5G Remote Production … in the middle of nowhere leading the charge. There’s also innovation from the metaverse, in the shape of 6DOF Audio-Led Narrative and Music Experiences in the Metaverse, as well as a touch of blockchain - Media Content Sharing, Monetization and Micropayment Systems via Blockchain.

Futurising the Newsroom should prove to be a fascinating project, over at Next Generation News Studio, while the anatomy of live events in general will be inspected and dissected by Cloud Based Live Events, Analytics and Low Latency Protocols. In a similar future-gazing move, Volumetric Video for Broadcasting, Metaverse Production and RT3D Assets will prove illuminating, as should Unified Cloud Architecture to Streamline the Localisation Process.

We’ll continue to track their progress over the coming months, and look forward to the grand finale showcase at the 2022 IBC Show in September.