The IBC2022 International Honour for Excellence, IBC’s highest award, has been given to the BBC in its 100th year, recognising the organisation’s leadership as “the start of the whole media industry”.

The trophy was presented in a special event attended by the whole BBC Board on 8th December, and accepted by BBC Chairman Richard Sharp. The presentation took place in the historic Council Chamber in Broadcasting House. 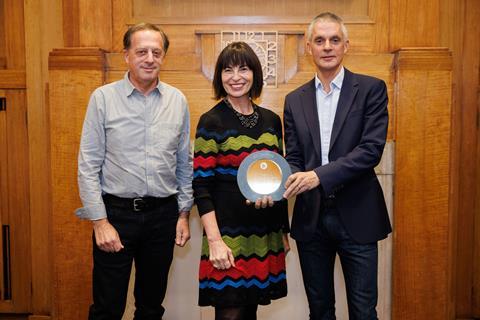 CEO of the Royal Television Society and IBC board member Theresa Wise handed over the trophy, noting that the world’s first radio broadcasts, in November 1922, were not just the start of the BBC but of the whole media industry which IBC inhabits. She also acknowledged that the BBC played a leading role in IBC from the very start and, when IBC presented its first award in 1984, it went to an engineer from BBC Research.

Accepting the award, BBC Chairman Richard Sharp said: “Over the last century the BBC has constantly innovated to become the global media market leader it is today. As we celebrate our 100th year we are honoured to be recognised by IBC for our special place in the broadcasting industry.”