With backing from broadcast vendors and integrators, Support for Ukraine Media Professionals is already identifying employment opportunities for refugees and assisting those still in the war-hit country.

If the grave implications for Ukraine’s broadcast and media industry of Russia’s invasion of the country on 24 February had not yet become fully apparent, an event on the same date that UK-based consultant Phillip Covell joined the Support for Ukraine Media Professionals initiative provided irrefutable confirmation. “It was the day – 1 March – that the Kyiv TV Tower was attacked,” he says, “which really brought the whole situation home to me.” 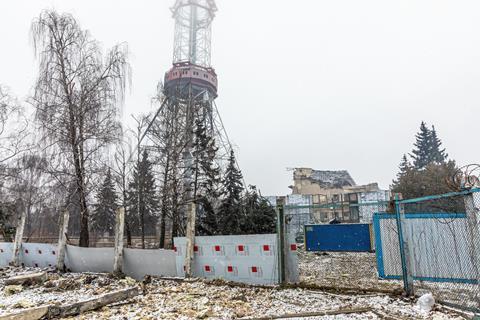 Joining Covell on the Zoom call is Bulgaria-based Sonya Chakarova, Business Development Manager at native cloud and broadcast solutions provider PlayBox Neo. Although Support for Ukraine Media Professionals is only a month old at the time of writing, its three primary goals are fully defined. “Firstly, we want to help the refugees who are outside of Ukraine with employment opportunities in broadcast and media,” she says. “Secondly, we are trying to help the TV channels in Ukraine in terms of supporting them with technology. And thirdly, we want to establish connections with journalists and TV channels in Europe with a view to [providing more help to Ukrainian professionals].”

Broadcast’s determination to assist the Ukrainian industry has already been demonstrated by strong engagement with other initiatives such as the IABM’s Stand With Ukraine, which provides a platform to highlight members’ efforts to support Ukraine and oppose Russia’s invasion of the country. Accordingly, Chakarova is able to reel off a long list of companies who are already providing support to her initiative, including her employer, PlayBox Neo, and its competitor Cinegy.

“There is definitely scope for direct assistance by broadcasters, and so I am working to cultivate more contacts at channels as well,” Phillip Covell

“In business terms we are direct competitors, but in human terms we are working together to do all we can to support people in Ukraine,” she notes. “Cinegy has employees in the country and has been involved in a major effort to rescue female workers and family members and bring them back to Munich [where Cinegy has a base]. Playbox Neo is also fully behind the initiative and has already helped three stations – who have had studios destroyed and are sometimes needing to work from shelters – to keep operating using our ‘channel in a box’ solutions.” 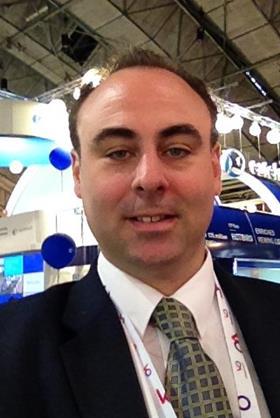 Chakarova also highlights the contribution of NewTek and parent company Vizrt, which has been providing media professionals with its NDI HX Camera application. Enabling any iOS or Android mobile device to turn into an IP-ready live video source when connected to the same network as an NDI-compatible receiving device or production system, it’s a good solution for “both broadcasters and everyday streamers. People need that kind of technology so that, no matter where they are, they can get their voice out into the world and show what’s happening.”

Among the other companies lending their support are TVU Networks, which has already shipped transceivers to United Ukrainian Media; Subtitle Next, which is providing a free subtitling solution to broadcasters in Poland, Czech Republic, Romania, Bulgaria and other countries that have taken in Ukrainian refugees; and Avid, which has been taking steps to support its near-200 employees in the country. Chakarova also name-checks Ross Video, Octopus Newsroom, specialist recruitment company Caspian One, and Kyiv-based systems integrator Vision House, which has recently launched a fundraising initiative entitled Stand4UA.

As well as encouraging more companies to “join the group and show their support”, Covell is keen to hear from individuals: “It does need professionals as well as companies to join the group because a lot of job opportunities come from intelligence within companies, or from specialist recruiters.”

In the months ahead, Support for Ukraine Media Professionals is hoping to undertake awareness-raising activities at trade events including NAB and IBC. And while the outcome of the conflict remains highly uncertain, it is ultimately hoped that the group can play a role in the restoration of the Ukrainian broadcast sector. 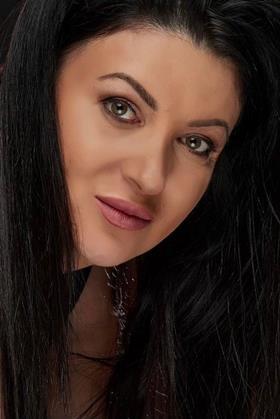 Regarding the current outlook at Ukraine’s TV channels, says Chakarova: “The situation is very complicated and people are scared. Even in Bulgaria, where I am, there are some risks for us. So the priorities – especially soon after Covid – have to be around helping refugees and people in the country who are dealing with this immediate crisis. But once this period is over, we would like to help to rebuild the TV channels and also work in a human direction – many people in the broadcast industry will have lost [family and friends in the war].”

In readiness, Covell will continue to build new connections with a view to establishing a sizeable group of people “who are keen to help and can say ‘this is what we can do’. I have been speaking to people at governments in Ukraine, Estonia and elsewhere… essentially knocking on as many doors as possible.”

“The priorities – especially soon after Covid – have to be around helping refugees and people in the country who are dealing with this immediate crisis,” Sonya Chakarova, PlayBox Neo

He agrees with the suggestion that foreign broadcasters – whose on-the-ground coverage of events in Ukraine appears to be involving more collaboration and resource-sharing than might normally be the case – could also play an important role. “Absolutely – there is definitely scope for direct assistance by broadcasters, and so I am working to cultivate more contacts at channels as well.”

While more members for Support for Ukraine Media Professionals are obviously welcomed, Chakarova signs off by pointing out that, ultimately, it’s “not important that they join us, or any one group in particular. It’s more about motivating people in general and saying that if they want to help, here are these various ways in which they can do so. It’s a very serious crisis, and it needs as many people to lend their support as possible.”

Michael Crimp, CEO of IBC, comments: “It has been heartening to see the industry working together to help media professionals from Ukraine who have been affected by Russia’s invasion of the country. The work that Support for Media Professionals and other initiatives are doing to assist refugees and people still in the country is incredibly important, and IBC is now looking at ways in which it can support these initiatives and raise awareness of the plight of Ukraine’s broadcast and media industry.”