The importance of being able to access archive material quickly and efficiently is more widely acknowledged than ever before.

From public broadcasters to sports federations, the emphasis on having an accessible –and more easily monetisable – archive was becoming significantly more marked before the pandemic. 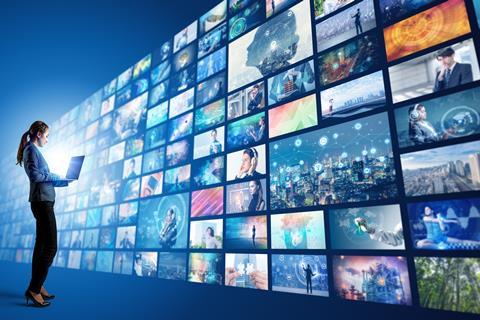 But there is little doubt that its importance has been firmly underlined during the past 18 months, with media companies everywhere needing to address soaring demand for content at precisely the same moment the scope for live broadcasting was being reduced.

Prior to Covid-19, says SDVI co-founder and chief product officer Simon Eldridge, “people were already in the mode of recognising that [the archive] needed to be a working facility that it’s possible to get content in and out of, and to know what’s there.”

“An archive these days has to be a living, breathing, ‘smart’ thing,” Simon Eldridge, SDVI

This requirement became more acute when lockdown struck and “on-premise archives became unavailable – [broadcasters] simply couldn’t get to them physically. So it followed that moving content into an archive in the cloud became more critical so they could leverage it.”

As we shall see, opinion about whether future content archives will be largely cloud-based continues to vary, but the underlying direction of travel is clear. As Eldridge notes: “An archive these days has to be a living, breathing, ‘smart’ thing.” 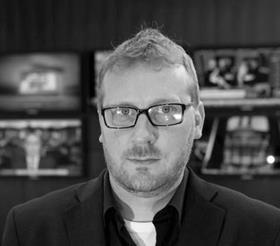 Julián Fernández-Campón, CTO of media management and integration solutions provider Tedial, suggests that there have been “two main aspects” to broadcasters’ recent archive-related reflections. “The first one is the desire to put at least part of their content in the cloud so it is easier to access, including remotely,” he says.

“That means the whole time to market can be optimised and there is no need to invest in [more on-premise facilities]. The second aspect is more disruptive and involves transferring some operations to the cloud.”

In this sort of scenario, adds Fernández-Campón, customers will tend to require “easy access” to selected content as well as the ability to achieve some key tasks – such as transcoding, playout and OTT delivery – in an efficient way.

“You do see companies taking a much more structured approach to archive content now,” he says. For example, “the most frequently accessed content needs to be in a tier [that is quickest to retrieve], whilst there is also an increased interest in repurposing older TV shows from the 1990s.”

This is more challenging for some broadcasters than others, with the extent to which older programmes have been digitised continuing to be rather variable. “There are tapes that can be read only once because of their condition – so imagine the pressure there! – while sometimes it’s difficult to find equipment to actually play some of the older formats on. Then of course you have a newer generation of engineers who might not have encountered these devices before.”

Hence some organisations are now facing a race against time to complete archive digitisation before it’s too late. But once that has been done, says Fernández-Campón, it doesn’t necessarily follow that archives will be primarily cloud-based in the future.

“I think there are concerns about going for a ‘pure’ cloud model for archiving because of the possibility that [vendors] could increase their prices a few years down the line, or change their policies. So our view is that a hybrid approach is more likely.” 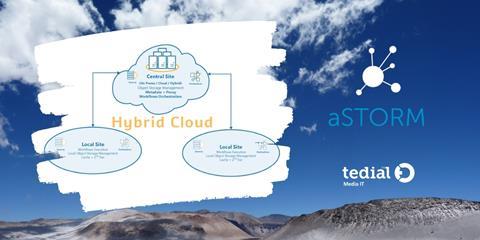 In terms of Tedial’s own solutions, the Hybrid Cloud provides the ability to “move your business processes to the cloud at your own pace”. Other solutions include Archive Content Preservation, which is geared towards centralised ‘deep archiving’ across sites and for all areas within a broadcast facility. It also supports storage of all the latest formats, including HDR and UHD – about which Fernández-Campón makes a more general prediction.

“We already know of some companies doing production in 8K but who are only actually working in 4K or HD at the moment, so we think there will be a demand [to put 8K versions] in cheaper forms of long-term storage until they are required,” he says.

Speak to SDVI, however, and the presiding view is that the cloud will soon come to dominate media archiving. Once again, Covid-era discussions are likely to play an instrumental role, but with more of an emphasis on “building supply chains in the cloud, and that is much easier if the content is also in the cloud. So our observation is that not only is it an archive discussion, it’s a supply chain one as well,” says Eldridge. 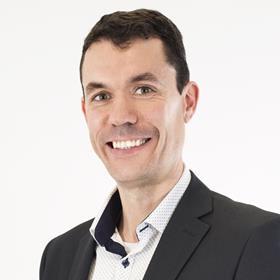 At the moment, adds SDVI chief marketing officer Geoff Stedman, there tend to be two main routes to cloud-centric archiving. “The first is that you move the supply chain to the cloud and from that point forward everything goes through that supply chain and ends up in a cloud-based archive.

”Then, as a further step, you work out how to migrate the older on-premise content to the cloud. The second way is to start with the migration process then build your new supply chains around that cloud-based archive.”

As opposed to a dedicated archive management system, the cloud “makes it easier to access and move content around” as part of a dynamic, responsive media supply chain. Hence the demand for solutions such as SDVI Rally, which provides a cloud-native media supply chain that encompasses all applications and infrastructure, with the option to locate resources in a public cloud, a private cloud, on-premise, or any combination thereof.

As the cloud assumes more responsibility for media archiving, there is likely to be a shift in favour of more sophisticated metadata tagging and content analysis as well. “Some form of ML/AI analysis will help gather as much data on the content as possible, for example in terms of detecting nudity, violence or bad language [in the service of] content moderation,” says Stedman.

“As resolutions get bigger you become more sensitive to wasting bits on storing the same content twice,” says Eldridge. “So people will want tools that help them know what is duplicated so they can go on storing the highest resolution [version of each item of content].”

Therefore, optimisation of every part of the supply chain will only become more critical, and with this in mind SDVI announced two new products in September 2021: Rally Insight, a data analytics service that transforms supply chain data gathered by the Rally platform into actionable intelligence; and the Rally Connect content and metadata exchange service, which is designed to simplify and accelerate delivery and receipt of content across the media supply chain ecosystem.

Such developments reinforce the notion that, increasingly, media archives are going to be regarded as part of ongoing operations rather than final destinations for content. Whether it’s being sourced to populate existing channels or reach younger audiences via brand new platforms, the onus will be on ensuring that archive content can be more easily identified and accessed than ever before