Review & approval and the focus on immediate review capabilities

The $1bn purchase of Frame.io by Adobe might have taken some by surprise, but it underlines the importance of having powerful review & approval functionality, writes David Davies.

Recent media history has been characterised by a steady stream of big-name acquisitions and mergers. Even so, the news that Adobe was acquiring Frame.io – and for a remarkable price of $1bn – still took parts of the industry off-guard. 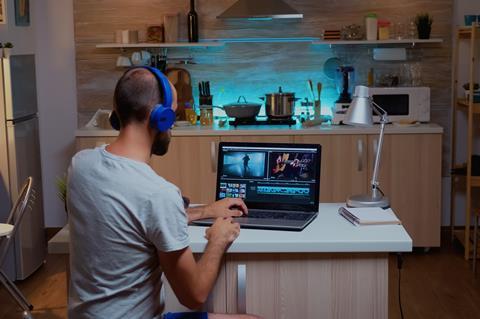 But given the implications of the deal some thought and the logic of the deal becomes undeniable.

Mattia Varriale, EMEA sales manager of Iconik, agrees that there was “some surprise” at first over the valuation, but that “it had always been apparent that Frame.io had this amazing review & approval process, [which was] integral to how they built their entire brand.” Now, as part of the Adobe ecosystem, it’s clear that Frame.io’s cloud-based review and approval functionality is “a very good fit” for Adobe’s video editing solutions.

While it’s too early to draw conclusions about the broader impact of the deal on R&A solutions as a whole, it seems reasonable to expect an even greater focus on seamless and streamlined integration into video production and asset management workflows across the board. Meanwhile, a flurry of new feature announcements this year is sufficient to confirm that R&A providers continue to find new ways of enhancing their offers.

As outlined in this IBC365 article, the industry is moving in the direction of more immediate camera-to-review processes that will ultimately reduce the role of some traditional post-production tasks.

Hence it’s not surprising that the latest version of Frame.io, 3.7.1, both offers further streamlining of asset sharing and specific improvements for Adobe workflows, including redesigned Adobe Premiere Pro and After Effects extensions that have been created to mirror the look and feel of the web app.

These “performance improvements and enhancements” include the relocation of navigation controls from the bottom of the screen to the top, giving customers a larger and clearer view of assets. Switching between projects and teams has been streamlined, file path breadcrumbs have been added, and the download button now lets users import directly into Premiere Pro or download it for later review. It’s also been made easier to upload active sequences into Frame.io, so sharing the latest version of a cut is “faster than ever”. 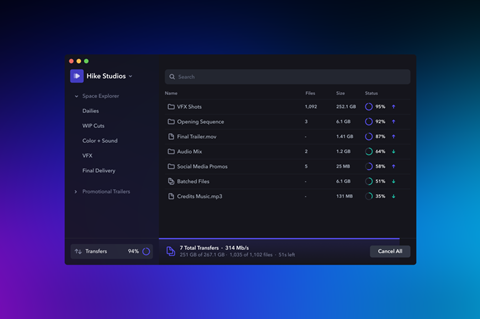 The latest version of Frame.io v3.7.1

Reflecting on the latest version, chief executive Emery Wells remarked: “The updated Adobe Premiere Pro and After Effects extensions dramatically improve the way editors and motion graphics artists work with Frame.io. Plus, we’ve also taken some of our top feature requests and packaged them into this update.”

In light of recent global events, it’s unsurprising that there has also been an increased emphasis among R&A vendors on the ability to assess content remotely. That said, many recognise that this change was underway some time before the pandemic. Writing on the blog of production solutions provider Sohonet, Olivier Broadley observed: “Whilst this shift has intensified in recent weeks, it is not a new phenomenon within media and entertainment, and we can assume that when the world returns to relative normalcy the requirement for teams to work ‘together apart’ will remain fundamental.”

With this in mind, Sohonet’s real-time collaboration toolkit has recently been expanded with the addition of ClearView Pivot. Designed to offer a “hassle-free and secure solution” for remote screening, colour grading, and finishing review & approvals, Pivot is able to satisfy the needs of those requiring 4K HDR with 12-bit colour depth and 4:4:4 chroma sampling. Requiring users to be at a connected facility for critical quality review, Pivot is a point-to-multi-point solution. This means that the user can ‘pivot’ from one endpoint to the next to collaborate with multiple people at the click of a button – or stream to multiple destinations simultaneously.

London and New York City-based post production services company Goldcrest Films and LA-based Statement Advertising are among the 70-plus locations worldwide where ClearView Pivot has already been deployed.

‘Making tools available as and when’

The perception of R&A as being one element of an increasingly consolidated post-production area is also evoked by Varriale.

He places Iconik’s development of its review capabilities in the context of ensuring users can have easy “access to the entire media management process – and that includes ingesting, access management, collaboration with clients, approvals and so on.” Increasingly sophisticated application of metadata is a key enabler here, so that users can “for example say ‘show me all the approved assets for a specific project’. The ability to put a filter set of media management tools on top of the approvals process is [very beneficial].”

Regarding specific improvements to the Iconik platform, recent developments include the ability to change access rights on any share the user has created. If they then need to send a share again, that link is in the share panel where it can be copied again. The result, remarks Varriale, is that “you have full command of sharing at all times”.

The role that AI and ML might play in future R&A solutions is a recurring topic of industry discussion, and in this regard Varriale points to Iconik’s AI-capable metadata tagging functions being able to underpin various processes. At present, he adds, “AI is not really [suitable] for driving short-term decisions or processes… I would also say that [the industry] is far from being at the stage where AI can select whether a clip is approved or not. But it is already the case that AI can review and approve assets [for criteria such as whether] colour, audio and format are correct.”

Indeed, it remains to be seen how much more automation can take part within R&A from a purely content-based perspective. But for the foreseeable future, it is likely that vendors will have plenty to grapple with anyway in terms of accommodating less separation between processes after capture, and ensuring that production teams – whether working together, at distance or collaboratively – can navigate post-filming work as fluidly and flexibly as possible.