While a global climate objective calls for Net Zero to be achieved by 2050, an increasing number of broadcast vendors and service providers are pursuing more immediate targets as part of multi-faceted green strategies.

One of the few positives to be derived from the hugely challenging period that commenced in early 2020 is that there has been an unprecedented opportunity to pause and reflect on the way that we live and work. The most obvious consequence is a seemingly permanent shift towards hybrid working practices, but it’s clear that there has also been a much-needed chance for companies to ‘up their game’ regarding sustainability. 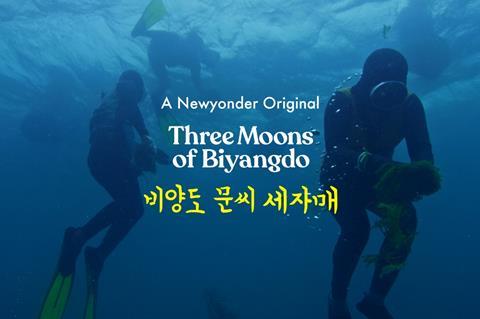 M&E is no exception to this trend, and that’s just as well given its historically substantial carbon footprint. Alain Nochimowski, CTO at Viaccess-Orca, observes: “Sustainability is becoming increasingly important and well-recognised in the media and entertainment sector. Cisco’s Visual Networking Index found that video traffic represented an estimated 84% of all consumer IP traffic in 2021 – up from 79% in 2016. Our industry understands that it needs to be proactive in enabling greener video streaming, and a number of global operators have already publicly committed to achieving carbon footprint neutrality in a few years’ time, including KPN and Telia.”

“We’ve reached a point where it’s practically impossible for companies not to invest in sustainability,” Edward Odevall, Red Bee

In fact, putting this article together confirmed that companies of all sizes and in all sectors of the business are increasingly committing to myriad environmental measures – from eliminating plastic packaging, to electric car leasing schemes and more energy-efficient streaming workflows. All of which means that, even if some companies are at a more formative stage of their sustainability journey, they aren’t lacking in good examples to inspire them.

An engine for change

Broadcast and media services company Red Bee Media is among those to have realised early on that, to be successful, sustainability has to be embedded in every facet of its operations. Since 2018, a lot of its efforts have been channelled through an internal, employee-led initiative called Green Bee, described as an “engine for change” by Chief Financial Officer Edward Odevall. 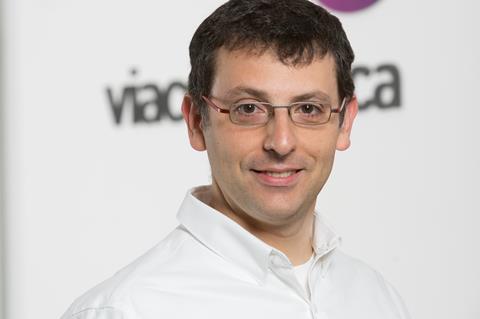 He continues: “The initiative provides a framework for driving company-wide sustainability awareness, with clearly defined targets related to environmental sustainability. Green Bee is part of our overall Environmental Management System (EMS), led by myself in my role as CFO and co-ordinated by a core group, representing a number of company functions, including operations, product, sourcing and communications. Every Red Bee site has a dedicated local representative to drive local green initiatives and help deliver our environmental targets, and the Green Bee team meets regularly to share ideas and promote new company-wide sustainability initiatives.”

Odevall points to “overarching sustainability objectives” that include considerations such as energy savings, responsible sourcing, effective waste management, recycling and business travel reduction. Red Bee also has a mandatory Code of Conduct covering sustainability as part of its key supplier agreements, while the company has aligned itself with the Digital Production Partnership’s Committed to Sustainability Programme. Meanwhile, as part of the Ericsson Group, Red Bee supports the overarching target of reaching Net Zero in its own operations by 2030 and Net Zero across its value chain by 2040. 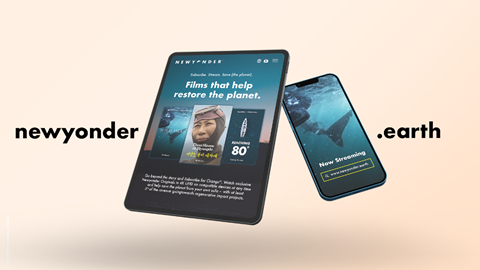 In terms of how it designs its solutions and services, “our IP-based platforms and the move to more software-based deployments have both reduced the amount of heat-generating hardware and increased the efficiency of compute and related power consumption – leading to a reduction in emissions compared to traditional hardware-reliant broadcast solutions”.

“We will only be able to move our sustainability objectives forward with everyone’s full co-operation. It’s very much a joint effort,” Roger Whittle Jigsaw24

Red Bee also highlights its support of multiple customers who are fully dedicated to sustainable operations, including film company and streaming service Newyonder, which is certified with the B Corp standard for social and environmental performance. Jon Cleave, CEO and Founder of Newyonder, notes that the company also makes features that are certified carbon-neutral productions via the albert (BAFTA) decarbonisation scheme, including this year’s Wild Isles and Three Moons of Biyangdo.

“The aim for the films produced, and for new productions going forward, was and is to reduce each film’s footprint as much as possible, without affecting the creative [aspects]. That’s achieved through planning, measuring and thinking of new and alternative methods,” says Cleave.

Broadcast technology and services company Jigsaw24’s strategy has also been one of continual progress in which sustainability has, says Founder and CEO Roger Whittle, “moved significantly up our business’ agenda; while it had formerly resided under ‘any other business’, it’s now a top priority discussion point at every board meeting”. And, like the other contributors to this article, a realisation of the critical nature of collaboration has been pivotal: “We’ve increased our evangelisation efforts, both within the business and, increasingly, among our partners because we recognise that we will only be able to move our sustainability objectives forward with everyone’s full co-operation. It’s very much a joint effort.” 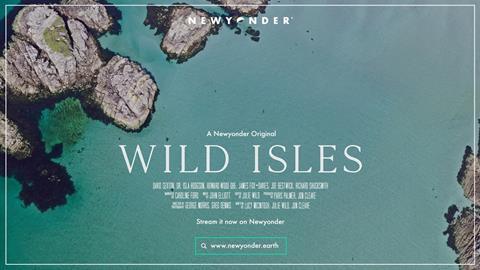 The company’s activities around energy sources and carbon emissions are particularly notable. It has already moved “from zero to 80% renewable energy”, and is now working towards achieving 100% renewable energy at all sites by the end of the year. It also remains focused on cutting direct carbon emissions generated through staff commuting and transportation; measures here include the use of a ‘salary sacrifice’ scheme with Octopus EV that sees employees reduce their cost of leasing an electric vehicle through savings in National Insurance and income tax payments. So far, nearly 50 staff members have signed up and the company has also installed EV charging points in its car park.

With Jigsaw24 awarded the top Commitment to Sustainability mark in the DPP scheme as well as its alignment with the Science Based Target Initiative, the company is aiming to reach zero carbon emissions “as soon as possible”. Whittle adds: “Our view is that simply offsetting carbon emissions is a bit like intentionally sinning and then paying for redemption. It’s much better not to emit carbon in the first place, or at least to focus on direct carbon reduction. We all must reduce our emissions down towards zero in the first place – without the benefit of offsetting.”

From the individual to the company

Invited to consider how broadcast industry infrastructure specialist Argosy has evolved its sustainability strategy during the past few years, Director Chris Smeeton responds: “If I was to summarise it briefly, I would say that it has gone from individual behaviour – such as reducing the amount of travel and encouraging more car-sharing – to changing how we operate as a company.” 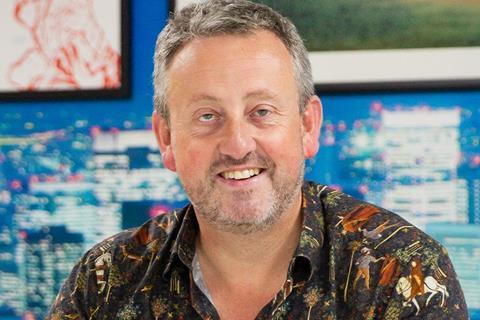 Some developments – such as adopting virtual meetings in favour of in-person ones and greatly reducing the amount of long-haul travel – have undoubtedly been accelerated by pandemic conditions. But others – including an ambitious waste reduction strategy and helping clients to become more efficient with regard to power management – have called for a more extensive re-evaluation of its processes, and one that increasingly involves its partners at every stage of the value chain.

Picking out a few specific measures, Smeeton highlights the internal development of “a new technology to help channel air-flow more effectively through our equipment racks, ensuring that equipment cools more efficiently, which in turn saves power”. At present, Argosy has a particular focus on “the whole issue of packaging, and getting away from single use plastics and polystyrene, which was used to pad out [a product consignment]. We have made a lot of progress in using recyclable sources and materials instead.”

On an industry level, Smeeton suggests that a lot of companies are making positive changes, but that more need to benchmark themselves against specific sustainability programmes so their credentials can be more easily ascertained. “It’s very important that you look at your whole value chain [as part of becoming more sustainable], and at present it can be difficult to determine how far [individual companies] have progressed,” he notes.

Much has been written about the transformative potential for content delivery of 5G, so it’s logical that this is also a target of sustainability innovation at present. Hence the launch in November 2021 of the NESTED (New vidEo STandards for Enhanced Delivery) consortium aimed at developing a “high quality of experience and sustainable video streaming solution over 5G”. Led by Ateme, NESTED also involves Enensys Technologies, IETR, Orange and key Ateme technology partner Viaccess-Orca, which is contributing its Secure Video Player, analytics and Targeted TV Advertising solution to the project. 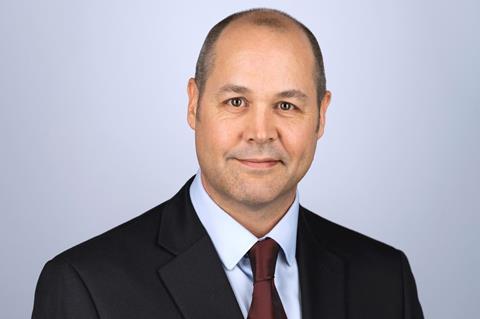 Patrice Angot, Studies and Prototypes Engineer at Viaccess-Orca, comments: “The NESTED 5G project is a significant first step towards setting the standard for energy-efficient streaming. [Through this collaboration] we’ve created an end-to-end solution that leverages the latest advances in video compression and delivery technologies to make video streaming greener. In particular, our solution leverages CMAF chunk sharing to reduce the traffic burden on the CDN, the latest VVC video codec to reduce the bit-rate by half, and multicast/unicast convergence to enable peak audience reach.”

Nochimowski notes that the “next step of the NESTED project is to accurately measure the carbon consumption of the end-to-end solution. We hope to showcase the results during the 2022 IBC Show.”

As an Orange group affiliate, Viaccess-Orca is also committed to multiple other initiatives, including a Net Zero carbon footprint at group level by 2040 and Orange’s strategic plan, Engage 2025. Among other targets, this scheme aims to reduce CO2 emissions by 30% and have renewable energies represent more than 50% of the group’s energy mix by 2025.

On a global level, Angot stresses that the “video industry is still in the early stages of implementing sustainability initiatives”. Nonetheless, with projects such as NESTED and the DPP sustainability scheme, it’s evident that there is a willingness to collaborate and approach improvements in environmental performance holistically – something that will be essential if the industry is to fully optimise its decarbonisation efforts.

Last word to Red Bee’s Odevall: “We are already seeing a lot of activity within the industry and there is a clear momentum with sustainability being placed high on the industry agenda along with diversity and inclusion. We’ve reached a point where it’s practically impossible for companies not to invest in sustainability, but there is of course a lot left to be done and we need to learn from each other… Industry collaboration will be the key to success.”