The more forward-looking streaming service providers are increasingly realising the importance of optimising the performance and capabilities of the video player, as VisualOn CEO Yang Cai tells David Davies.

To date, the rapid development of streaming services worldwide has tended to be dominated by discussions around content – who is producing it and how it’s being consumed. But in the understandable excitement around these new platforms and services, it’s clear that some key technical issues have been overlooked – none more so than the role of the video player. 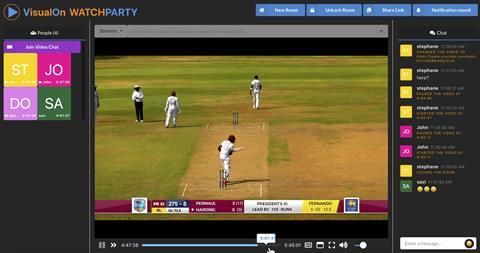 This is a scenario that has been recognised for some time by VisualOn, which is a pioneer in video software technology with many years’ experience of working with the world’s top device makers and streaming video service providers. According to Yang Cai, VisualOn’s CEO, the current generation of streaming services is often being undermined by poorly performing video players.

“There has been a tendency towards de-valuing the role of the video player with commoditised options and vendors that throw in players as a value-add,” he says. “This short-sighted perspective on the impact of the player can have a negative impact on the cross-platform functionality and viewing experience for advanced and growing services.” 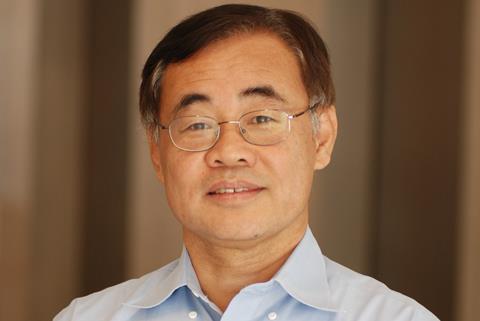 The problem can be especially acute when it comes to the insertion of advertising content, with research by Conviva indicating that as much as 20% of the audience can abandon an item of content where ads have a 5-second delay. Moreover, while native players are license-free, optimising and updating them – over an increasing number of platforms – can be complex and expensive.

It’s in these areas that VisualOn has found its niche since it was founded in 2003, gradually evolving a proprietary player that is entirely customisable. “For a long time now we have been focused on optimising the playback experience and that has led to us working with top-tier multimedia companies, such as Netflix and Amazon, and top telcos like China Mobile,” says Cai, adding that the company’s efforts have revolved around the conviction that the “video player is the most important contact point for the viewer experience, and is also integral to effective monetisation and other commercial factors.”

As streaming has developed, so has the company’s portfolio of solutions geared towards optimising the impact of the video player across all devices. “The most immediate and tangible way for a service to make an impression on subscribers is through the playback experience. Instead of being an afterthought, the playback experience must be optimally designed to match the goals for consumer usage. So what we have focused on doing is creating an unparalleled portfolio of playback solutions able to play any content reliably on any device.” 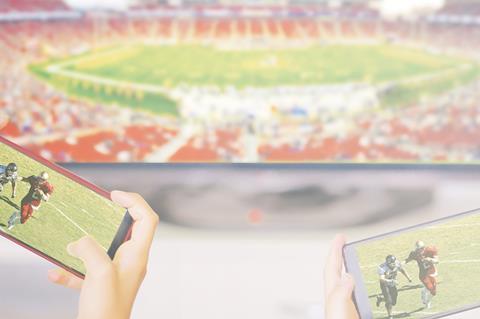 It’s no surprise to discover that reducing latency remains an ongoing priority of VisualOn’s R&D, but other factors have become increasingly critical – some, like co-watching, undoubtedly accelerated by the pandemic. Cai notes the popularity of its own recent launch in this area, VisualOn WatchParty, which is a co-watching solution “designed to change the way viewers engage with video content. It allows viewers to enjoy real-time text, audio and video chat while watching live and VoD with friends and family.”

Several specific features underline WatchParty’s suitability for broad service deployment, including its ability to enhance the viewer experience through echo cancellation, advanced integration with analytics programmes, and support for multiple platforms. Cai also expects it to resonate with 5G telco providers, noting that it can “make your 5G solution stand out with a seamless viewing experience”.

VisualOn has also been exploring the potential for viewers to become directors with MultiStream Sync, which allows them to select multiple camera angles for the best viewing experience. Once again, it has been devised to optimise the experience regardless of device or platform: as well as adjusting to various conditions – including network speed or device capability – to deliver low latency streams, it provides frame-accurate video and audio synchronisation across devices. 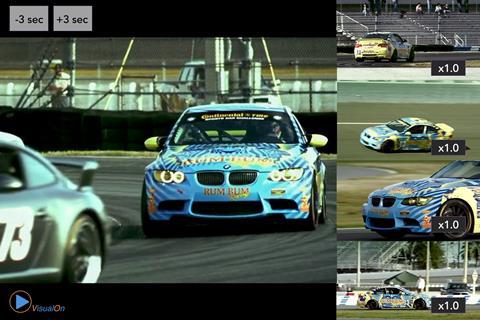 Cai notes that the solution provides a revolutionised viewer experience and helps clearly articulate the value of premium services. “It’s already being used by organisations including KT, KDDI and France Télévisions Labs to provide unique, compelling experiences,” he says.

In a related area, VisualOn has also introduced a solution called SurroundView to capture three-dimensional space. The solution enables viewers to switch between camera angles while the video is playing with no delay and buffering. With easy control via a dedicated UI, SurroundView’s features include server-side stream stitching to achieve high-speed angle switch, and server-side dynamic profile/bit-rate switching to save bandwidth.

“This solution brings a new level of interactivity to the viewer, meaning that they are not just a passive audience,” says Cai. “They can decide when and what to watch, and it is evident that this has great potential to increase engagement among users. In fact, we have already had a lot of feedback from people about how much they are enjoying using it.” 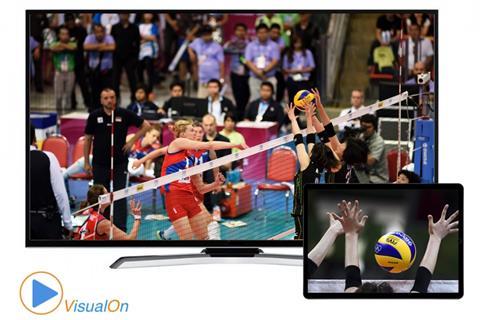 Looking ahead, Cai expects that 5G will ultimately have a transformative effect on the quality and capability of video services: “It means increased bandwidth and very low latency, and that means you have the opportunity to support ultra-high resolutions, high frame-rates, immersiveness and interactivity.”

Doubtless it will also make it easier to optimise the performance of the video player, which Cai predicts will become increasingly important anyway as advertisers become more demanding. “At present, the video monetisation experience is not particularly satisfactory in a lot of cases,” he says. “So there is definitely more to be done in that area, as well as other improvements to ensure the player is working as smoothly as possible.”