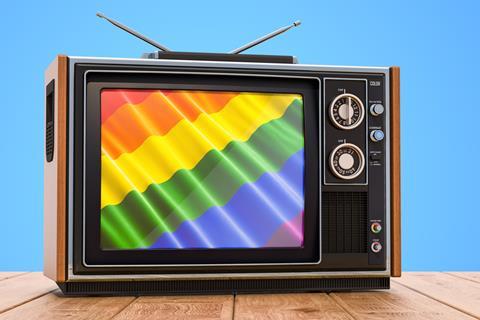 CGEM alliance: Established to address the lack of diversity in the film and TV industry

Six US organisations have formed a coalition aimed at redefining how Hollywood is covered in the media to improve the diversity for the press.

The Critics Group for Equality in Media (CGEM) alliance has been established to address the lack of diversity and help foster greater inclusivity for those who cover the Hollywood media and entertainment industry news.

The new coalition’s goals include pushing for better pay and inclusive representation in media outlets, strengthening relationships with studios, networks and public-relations firms and nurturing the next generation of voices.

Galeca executive director John Griffiths said: “Each of our groups represents a unique perspective – often informed by oppression – that enriches and shapes society.

“Yet, even amid today’s stepped-up push for diversity and inclusivity, progress has been slow and many fail to realise that our groups’ voices - if amplified to match their true value - can provide a roadmap for boosting creativity, box office, ratings and excitement for a project.

”Our goal is to break down those barriers for ourselves, for audiences and for the next generation of entertainment journalists.”

Among the potential initiatives is a watchdog system of grading studios, networks and PR houses annually on the quality of their engagement with each group as well as honouring the professional media executives who prioritise inclusion.

AAFC co-founder and president Gil Robertson said: ”When studios, networks and other entertainment organisations work in partnership with our organisations and members, we’ve seen how that synergy creates evolved thinking and inspired perspectives.

”It’s a win for everyone, especially audiences. However, that doesn’t happen nearly enough and we’re hoping that the launch of CGEM can help forge that path.”

In 2018, the top 100 grossing films saw “little change” for women and people of colour leading the screen, according to research by USC’S Annenberg Inclusion Initiative.

The study found: “Hollywood has yet to move from talking about inclusion to meaningfully increasing on-screen representation for women, people of colour, the LGBT community or individuals with disabilities.”

Time’s Up Entertainment director of initiatives Mara Grobins Nasatir pointed to the USC research, the US population is over 50% female, only 22% of the reviews of the nation’s top 100 movies of 2017 on Rotten Tomatoes were written by women.

She said: “Early critical response to a movie determines important factors such as marketing budget and distribution.

“Without greater diversity among the critical voices responding to content, not all movies, directors, writers and creators are given the same opportunities to succeed.”

“As an organisation designed to promote diverse viewpoints in media commentary, the OAFFC is proud to be a member of CGEM.

”This alliance is a reminder that the landscape of modern film criticism is changing.”