Getting audience measurement – and influence – right

In a multi-platform world viewing figures are ever more important but also more challenging tog gather. Chris Forrester looks at how broadcasters are measuring their audiences. 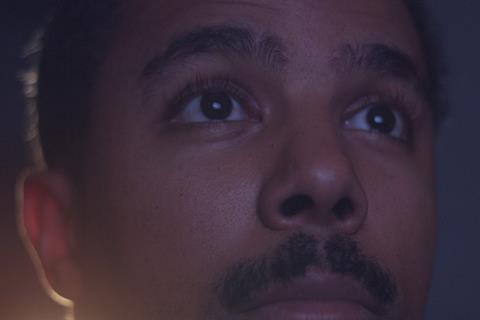 We live in a cross-platform and fragmented world and where audience measurements are a challenge to accurately gather, yet form a vital tool for advertisers, brands and broadcasters.

On August 15 Sky Media unveiled a fresh study based on more than 17,000 ad-campaigns over the past 5 years for more than 1800 advertisers on Sky’s channels and based on its AdSmart addressable TV service. The claims are impressive, and Sky says that addressable TV can boost ad-engagement by more than one-third, and cut channel switching by 48% and can boost purchasing intent by 7% overall, and as much as 20% for new-to-TV advertisers. Geo-targeting is included in the mix of offerings.

Sky’s experience is praiseworthy and might well be a ‘win-win’ for advertisers and Sky, but it adds another dimension to the work of the strategic ‘number-crunchers’ who provide advice to advertisers and brand-owners.

While there are plenty of tools – and advice – to be had and the major ratings agencies are only to happy to help, it is interesting that some broadcasters such as Sky are also now helping understand the bigger picture.

Kantar Media, for example, suggests that the days of traditional TV audience measurement are well and truly over, especially in an age where TV is now a flexible fusion of audio-visual experiences. The images are delivered to multiple devices, and need analysing. Kantar offers that analysis for scheduled viewing as well as time-shifted, place-shifted and on-demand programming.

Kantar doesn’t quite say ‘it is a nightmare’, but it does rightly argue that audience measurement has developed with this evolution, with advancements including return path data, channel detection and metering technology. Kantar says it works with all of these techniques and technologies, from recruiting and managing representative panels right through to integrating complex data sets.

Barb is perhaps the best-known name in UK audience measurement, and also works with Kantar. Barb says that dealing with audience fragmentation has been a constant aspect of Barb’s work since its formation in 1981. Fragmentation today is delivered by the rise of programmes and commercials as well as being delivered online and on-demand.

Justin Sampson, CEO at Barb says the organisation has a number of strategic priorities. “The first of which is to address the rise of online delivery of programmes and commercials with the publication of multiple-screen viewing figures. This initiative is known as Project Dovetail. Barb now reports programme audience figures across four screens: TV sets, tablets, PCs and smartphones. This is the first stage of Project Dovetail; the next priorities are the reporting of multiple-screen reach and time spent viewing and BVOD campaign performance.”

Sampson is well-qualified to back its Project Dovetail initiative. He spent a long stint at the Radio Advertising Board and then moved to ITV in 2004. He joined Barb in 2012.

Barb also reports on TV audiences for non-linear programming and pioneered the reporting of dynamically-inserted advertising. 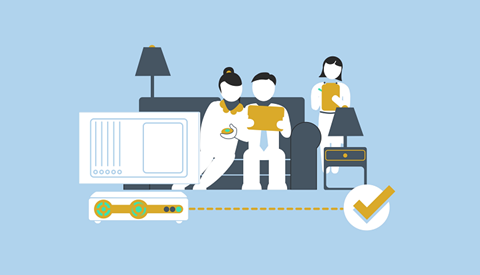 Growth in unidentified viewing on TV sets: A priority to address - Barb

Sampson adds that another of Barb’s strategic priorities is addressing the growth in unidentified viewing on TV sets (viewing more than 28 days after broadcast and non-broadcast viewing), which includes viewing to SVOD services. “We recently announced that we have commissioned Kantar to install its router meter technology into the Barb panel, which will enable us to deliver a number of service improvements, including providing greater insight into unidentified viewing.”

One strong Project Dovetail advantage is its ‘Fusion’ sub-set, which as well as including multiple-screen programme audience figures for all individuals across four screens: TV sets, tablets, PCs and smartphones. It can also include demographics, as well as statistics on reach and time spent viewing across 7-day viewing.

Barb explains that its Project Dovetail is designed to deliver total reach of programme and commercial audiences across multiple screens; “We have launched the first stage of this (programme average audiences) and are working on the next two stages (multiple-screen reach and time spent viewing & BVOD campaign performance).”

“Addressing the growth in unidentified viewing is another priority and this is something that router meters will help us to do. Kantar will begin to install its router meters into Barb panel homes in October, and all eligible homes are expected to have had a router meter installed by the end of 2020,” says Sampson.

Total audience demand
Indeed, Barb is no slouch when it comes to monitoring and reporting dynamically inserted advertising results, which it has been doing for Sky’s Ad Smart since 2013.

Kantar is also able to measure this ‘total audience’ demand, and spread its data analytics across traditional print, web, smartphones and tablets and other digital-based services. Kantar says “As audience consumption changes and advertisers increasingly run integrated campaigns across different media, it has become more important to measure accurately and consistently across different media.”

Nielson is another key name in measurement, and for the past few years it has extended its traditional TV measurement reporting, and in the words of one observer its end-results are “spectacular”. The result is claimed to be total audience measurement, Nielsen’s single-sourced platform accounts for all viewing across linear TV, DVR, VOD, connected TV devices (Roku, Apple TV and Xbox), mobile, PC and tablets.

Nielson in July moved its core measurement product to the Cloud and Amazon Web Services, saying: “The move to a cloud-based engine is a significant undertaking and underscores Nielsen’s commitment to invest in technology that will benefit our clients and the industry as a whole. Cloud processing allows for greater flexibility and velocity, as we build new and enhance existing products. It will also give us the opportunity to spend more time innovating and less time on managing infrastructure,” according to Scott. Brown, head of product, TV and audio at Nielsen.

Nielson says that for the US its measurement analytics help provide guidance to underpin more than $70 billion of ad-revenues for the US alone. Those prospects can be multiplied when global activity is concerned, and therefore the need for analytics has never been greater.

“Sky’s AdSmart allowed us to communicate our marketing to a carefully selected group of key British Airways Holidays’ prospects. Utilising the platform’s regional and Mosaic targeting we were able to supplement our broader linear TV campaign by increasing ad exposure to frequent holiday goers in hubs such as London, the South and Manchester.”
Matt Armstrong, Head of Marketing & Distribution, British Airways Holidays
Quoted by Sky Media, August 2019