How Albert helped TV productions to cut their carbon footprints

Bafta-led sustainability initiative Albert has made great strides in encouraging TV productions to reduce their carbon emissions and the amount of waste they produce.

At the Greening the Screen: Five Years of Progress event, the 14-strong group of production companies and broadcasters lauded the organisation’s recent achievements and announced a sustainability campaign targeted at the film industry.

Bafta Chief Operating Officer Kevin Price and Chair of the Albert Consortium said: “As someone who works for Bafta, we embrace all the moving image arts, and whilst it seems to me that there has been huge progress in the TV industry coming together there has been a very uncoordinated approach in the film industry.”

Price recalled the UK Film Council and the launch of BSA 909, a management system approach to tackling sustainability. This happened coincidentally with the development effort behind the Albert Carbon Calculator that estimates the environmental impact of a TV or film production.

“It is this consortium approach that is so powerful,” said Price. 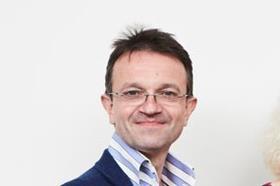 “Three weeks ago we had a meeting with film funders, getting the money people together first as that would have the biggest immediate impact.

“We got the BFI, BBC Films, Film 4, Film London and Creative England together to start a discussion, and there is real and huge enthusiasm.

“We know there are all sorts of initiatives going on in the film industry, and that the studios have lots of great sustainability schemes, but it’s just the fact that there is a lack of co-ordination,” he added.

Taking the co-ordination Bafta brought to TV to film has also led to talks with facilities, studios and agencies, as well as Studio 6 and Pact, the trade body which represents independent production companies.

“This is the start of a journey,” said Price. “It is my hope and belief that with Bafta standing up to take the lead on this, and by spring boarding off the wealth of knowledge that we have learnt through the Albert Consortium over the past six years, we can organise and structure the discussion so we can agree action, strategies, the funding model and the targets for the film sector.”

Directors UK Vice Chair and Albert Ambassador Steve Smith, who had been directing ITV’s re-incarnation of Blind Date, said: “We always treasure and nurture our process and our IP because we understand the importance and the value that has. In a way that thinking is quite stable, and it is very eco-friendly.

“What we need to do is to move to a place where we value the resources that we use to make our programmes in the same ways we value our IP,” he added.

“When you analyse it 60% of our carbon footprints generally come from our use of electricity. If we can all think of ways of moving to that cleaner energy then that’s a very significant thing, and it has been made easier for us by the Albert Consortium.”

Smith delivers some of the carbon literary courses. “They really help people to understand the changes they can introduce to make their productions more sustainable and environmentally friendly,” he said.

“But one if the things that frustrates me as a director is a tendency in our industry to delegate some of these responsibilities to production managers and production coordinators. Directors, producers and commissioning editors should all show leadership.”

The BBC had done a survey to discover how much of its audience recognised the Albert Carbon Calculator logo in end credits: BBC Sustainability Manager Richard Smith was not despondent about the finding of 8% recognition, leaving “92% of growth for us to go”.

He added: “We have a set of tools and we are constantly trying to make them better. In the coming year there’s going to be a new version of the Albert calculator tool that will make it much easier for productions that are multi site.”

The big issue is getting the maximum benefit and accuracy from the Albert Carbon Calculator without making it too onerous for people who came into TV or film because they want to make great content.

“It is always trying to find the sweet spot,” said Smith, “but now the BBC, Sky and UK TV are saying you must do it, people will have to plan to do it. Hundreds are, and we want to get maximum benefit with the minimum effort behind the scene.”

Work to be done

A location manager in the audience of the Greening the Screen: Five Years of Progress event revealed there is much work still to be done.

He said: “We have to deal with recycling the whole time because unfortunately most productions do not do it. They do not insist that the caterers use real plates, they don’t insist that there are no plastic water bottles on set,” he said.

The location manager said he had to deal with 50 bags of rubbish from one days’ shoot on location involving a 30-man crew: 45 bags were full of recyclable materials.

Other audience members mentioned the revelation that is low energy LED lighting, and the writing of soap scripts to include recycling storylines (as done in New Zealand long ago) was also suggested.

Smith said that sometimes producers look at catering as an after thought and want it as cheap as possible, but it will be easy to create a level playing field via contracts.

“Thirty years ago people did not use plastic plates. They used real plates and knives and forks and washed up on location. It saves a lot of rubbish and there is a chance to collect the food waste and compost it. And the more you recycle the less you have to dispose of in black bin bags,” he said.

Lime Pictures Project Manager John Robertson kicked off a set of big production case studies. Channel 4 soap Hollyoaks is a 260-episodes a year show, with five crews operating constantly around a Liverpool site that was originally built in the 1950s.

“We employ 280 people on Hollyoaks across both permanent and freelance, and we have, at last count, 116 sets on this site of which 13-20 are dual use,” said Robertson. “That comes with its own challenges when we are trying to split between corporate activities of the business and the production activities.” 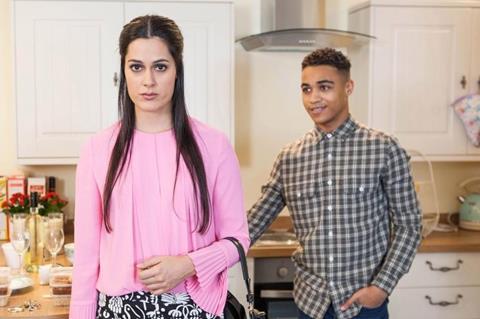 Lime entered into the Energy Savings Opportunity Scheme (ESOS) in 2015. Subsequently it created an environmental impact group to look at better ways of resolving sustainability challenges.

“Two things came out of that group. The first was to engage with Bafta for some guidance with respect to getting Hollyoaks on a level playing field,” said Robertson. “The second was to introduce our first green week, which we did last October.”

Hollyoaks actor Karl Collins helped with a video clip that played on a loop around the site.

“We have removed plastic cups from both the offices and production environments, and we have switched to using a paperless E-site service for issuing contracts,” said Robertson. “We are saving at present some 380 kilowatts a day. We are changing our lights both in the corporate and production areas.

“We have a new Hollyoaks production office which saves 60 kilowatts a day, and on the technology side we are moving from real servers to virtual servers, and that is saving us on space, on electricity, and on the cooling for keeping the servers under environmental temperature control,” he added.

File delivery has done away with the daily courier who used to take the daily transmission tapes to the London office, while water filter jugs have replaced plastic water bottles.

“On the paper and printing side we moved to a contract double-sided printing with a follow me facility, and that has saved us 700,000 sheets in the first year, which is the equivalent of 85 trees,” said Robertson. “With UK signed contracts we are saving about 10,000 sheets of papers and in London last year they saved 33,000 sheets.

“The Albert application for Hollyoaks was key. It gave people direction and allowed us access to all the contacts and support. It was a really important part of where we are at now,” he added. “What does the future look like? It has to be continuous improvement.”

EastEnders Series Co-coordinator Suzanne Dolan started working with BBC sustainability back in 2009, and was involved in testing the Albert Carbon Calculator. In setting out her ECO Enders initiative she pointed out that the show has 32 years of deeply entrenched traditions.

“In 2014, when Albert was launched and the carbon literacy programme was introduced, having that knowledge base across the production and all our heads of department has just made such a difference. In May 2016 we achieved our Albert+ accreditation and we are just going from strength to strength,” said Dolan.

The goal is that the constant sustainability agenda is on everybody’s mind. A big factor on the EastEnders site was installing a mains water supply.

“That was saving 50,000 plastic water bottles a year,” said Dolan “The ‘mountain’ of polystyrene cups that we saved would be as tall as Mount Everest – every year. And then we were very fortunate to have two new studios built with LED lighting.”

EastEnders has strict rules for caterers around no disposable cups and plates and water coolers, and new technology has been another blessing. “We are using cloud-based IT for all our continuity departments. It does need 30 IPads, but it saves one and a half days of prep time which we can feed back into the creative process of production,” said Dolan.

Chef, broadcaster and writer Hugh Fearnley-Whittingstall embarked on a sustainable living crusade that was showcased in Channel 4 series River Cottage.

“It was ahead of its time to some degree,” she said. “Hugh, one of our founders, wanted to experiment with going to live in the country and living off the land, and we turned that into a TV show that ran for 17 years on C4,” said Manners.

“We have since exported that to Australia (pictured), making four series of River Cottage, so that has been an interesting journey in terms of formatting an idea that comes out of sustainability.” 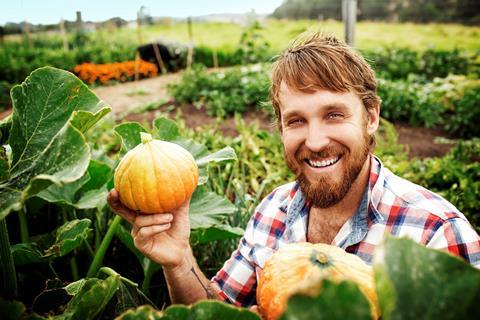 Keo, and particularly Fearnley-Whittingstall, has good credibility in this area, and the very first out and out campaigning show they created was Chicken Out, about battery farming. Fish Fight for C4 followed, and then came the big BBC1 commission Hugh’s War on Waste.

“The message is increasingly important, and we love the fact that we make shows that make a difference” - Debbie Manners

“It was very much about sustainable issues. When we first started the show it was really about looking at food waste and fashion waste because we felt they were the big issues,” said Manners.

“In the UK about 30% of all food is wasted, and in America that’s 50%. The average family throws away 700 pounds of food a year, and we did some funny stunts around that.

“And then in the third episode we focused very much on coffee cups, which was a new issue that we discovered during the course of production,” she added.

“Like all campaigning shows we’ve been going on a voyage of discovery. The coffee chains make them look recyclable. The colour, the designs make you feel they are recyclable, but this is a huge issue because we throw away something like 2.5 billion coffee cups in the UK and less than 1% is recyclable. There is one that is compostable but there are no composting bins to put them in.”

“This was a really successful show. It peaked at five million on BBC1,” said Manners.

“We make programmes that are entertaining first. The message is increasingly important, and we love the fact that we make shows that make a difference. But the reality is they have to do well on TV.