Set to be on show at IBC, Calrec’s Assist web interface allows operators to mix entire shows from their home or other locations and provides comprehensive control for Calrec’s Apollo, Artemis, VP2 virtual production engine and Type R IP core.

Assist also provides control for the RP1 Remote Production core. RP1 enables broadcasters to mix live events either on dedicated Calrec hardware or via Assist from a remote facility. It has enabled broadcasters like NBC and the BBC to reduce the number of people they sent to events by using RP1 to mix international sports from studios in Manchester and New York. In-ear latency is eradicated by locating RP1’s 2U core at the venue. 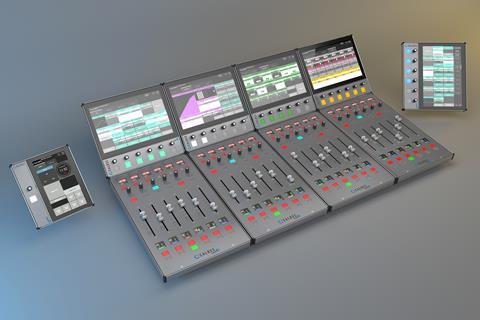 Calrec’s modular Type R and Brio consoles are also being used for remote working. Type R is an expandable and flexible IP mixing system for small TV and radio stations that uses Assist to mix in the cloud and provides facilities for up to three independent mixers to hang off one system core, while the compact Brio Duet and Medley consoles are fully loaded with dynamics and delay on every path and include a huge internal router, multiple monitor outputs and comprehensive built-in I/O.

Connect with Calrec on IBC Digital

Calrec will also be showing its flagship Apollo console on an ImPulse core in Amsterdam. It claims ImPulse is the most powerful audio processing and routing engine available with SMPTE 2110 connectivity. It is compatible with current Apollo and Artemis control surfaces as a simple upgrade path to IP, as is Calrec’s H2-IP Gateway.