Disguise and Roe Visual have solidified and expanded their partnership, with the aim of further enhancing the development of technology to equip the virtual production studios of the future.

The partnership will see Roe Visual LED solutions powering the expansion of disguise offices around the world with immediate effect, including disguise xR stages and innovation ‘hubs’ launching in Beijing, Seoul, New Zealand and Hong Kong towards the end of this year. In addition, disguise will employ its xR workflow, including vx media servers and the rx range of render nodes, to run Roe Visual showrooms in the Netherlands, the US and Japan - with the project kicking off in the last few months of 2021. 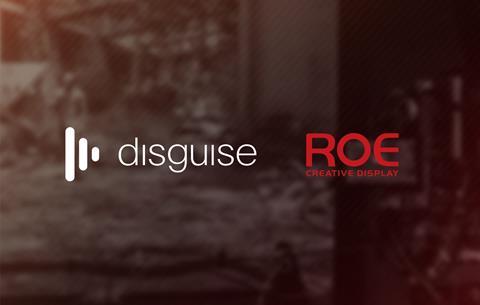 Through this joint collaboration and partnership, both companies will leverage each other’s technical knowledge, innovations and customer feedback to refine and guide respective product roadmaps.

The partnership is a reflection and extension on disguise and Roe Visual’s long-standing relationship dating back to 2017 when they began research and development into XR workflows. Since then, disguise xR stages in London and Los Angeles offices have used Roe Visual LED volumes exclusively.

“With new studios opening across the world offering the latest and greatest technology from both companies, it will be exciting to see what the disguise-Roe Visual partnership will bring to the worldwide creative community and our virtual production, broadcast, corporate and education customers.”

“We’re pleased to be working in close co-operation with the disguise team. Disguise and Roe Visual engaging in this partnership is beneficial to both companies and, more importantly, for our global user community. We believe the partnership will help to develop virtual production technology and bring it to a higher level,” said Grace Kuo, sales director for Roe Visual.