Innovation in action at IBC2022

New for IBC2022, the Innovation Stage in Hall 2 will unlock the path to innovation in areas such as cloud, 5G, gaming, adtech and more, with insights and innovative projects from manufacturers, software providers, startups and content experts. It will also be home to the Accelerator presentations. 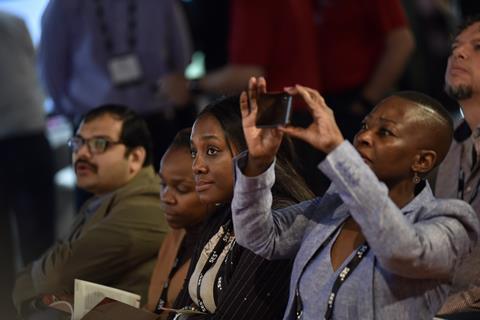 The Innovation Stage in Hall 2 at IBC2022

Launched in 2019 to support the M&E industry by providing a framework for agile, collaborative and fast-track innovation through a multi-company approach, the Accelerator projects involve Champions, the media companies looking to contribute to and then utilise the breakthroughs resulting from the work, and Participants, the tech innovators working with the media brands to create and execute the POCs being produced and then showcased at IBC.

Some of the Accelerator projects that will be showcased on the Innovation Stage at IBC2022 include: ‘6DOF Audio-led Narrative and Music Experiences in the Metaverse’. This looks at how Six Degrees of Freedom (6DOF) audio content in the metaverse will impact content creation and delivery by creating first-person perspective experiences, including a deep dive into use cases around audio and the Audio Definition Model. Taking place on Friday 9 September at 15:45-16:30, it features Champions BBC, Kings College London and Paramount; and Participants Magic Beans, TuneURL and White Light.

At 12:30-13:15 on the same day, ‘Media Content Sharing, Monetisation and Micropayment Systems via Blockchain’ will explore how over-the-top (OTT) platforms can utilise Blockchain for content sharing, micropayments and incentivising new users via NFTs and tokens. Champions taking part are Barco Digital Cinema and DAZN, alongside Participants Eluv.io and Tata Elxsi.

Finally, ‘Next Generation News Studio’, explores what the next generation news studio will look like, examining how integrating the latest production technologies and techniques can deliver news coverage for upcoming audiences – and futureproof it in the process. Taking place at 11:15-12:00 on Monday 12 September, its Champions are BBC, BBC News, Production Park, Reuters and TV2, while Participants are NxtEdition, Singular.Live and White Light.

Also featured on the Innovation Stage at IBC2022 is a first-time partnership with The Next Web (TNW), a global media and events organisation with a focus on new technology. At the show, IBC and TNW will deliver a specific, tailored content programme dedicated to fuelling growth for start-ups and emerging tech companies across the media and entertainment ecosystem.

Sessions begin at 14:30 on 9 September with a focus on adtech. TNW Editor Callum Booth will be joined by Emmelijn Hermens, Head of Tech & Data, Hearst Netherlands; Ksenia Stark, COO & Founder, MD ADX; and Dennis Tan, CEO & Founder, Dashmote, to explore how video streaming and video-on-demand, cloud and content-driven commerce, geodata, programmatic algorithms, in-game monetisation, NFTs and the metaverse will transform media strategy, as well as to ask if the future is playable and immersive, what are the new technologies to invest in?

At 15:30 on Saturday 10 September, TNW Talks @ IBC will focus on Mobile & 5G. This time Booth will be joined by Frits Klok, Founder and CEO, TiledMedia; Robin Sho Moser, CEO, EyeCandyLab; and Victor Pardinho, Co-founder & CEO, Sense of Space, to discuss 5G-enabled facilities, 3D, AR/VR, AI-driven tools for the super creators, computerisation of physical objects and, of course, what it will take to go deliver content even faster.

The final TNW Talks @ IBC will delve into the hot topic of Gaming and Sports. The panel will share some of the most exciting developments in this field, including the latest in location-based entertainment, AI-generated content, immersive experiences and sound, 3D engines and wearable technology. It will also dive into how the world of NFTs, the metaverse, gaming and sports collide, and which technology will make the hype a reality. Victor Goossens, Founder & Co-CEO, Team Liquid, and Freek Bijl, CEO & Co-founder, Mingle Sport, will be sharing their insights.

The Innovation Stage programme runs across all four days of IBC2022. The full programme can be found here.