Limelight Networks has entered into a definitive agreement to acquire Moov Corporation, which does business as Layer0. The acquisition is said to be a significant step in advancing Limelight’s strategy as an edge-enabled SaaS solutions provider and will drive growth in revenue, margins and EBITDA. 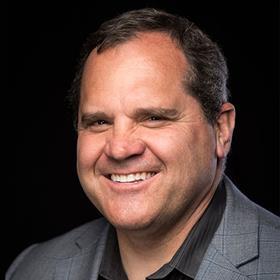 The acquisition will combine the benefits of Limelight’s global edge network with Layer0’s edge orchestration, application acceleration and developer workflow capabilities to create a leading-edge solution while diversifying Limelight’s client mix and services. With this acquisition, several leading brands will be added to the existing list of global companies served by Limelight such as Coach, United Airlines, Revolve Fashion, Shoe Carnival, Kate Spade, Sharper Image and several top 50 US banks.

The acquisition will allow developers the ability to access the edge platform to preview content and deploy their applications instantaneously, while incorporating basic security needs such as web application firewall, DDoS and threat detection.

“We are excited to announce the acquisition of Layer0. The technology and development capabilities we are gaining will allow us to meaningfully accelerate our ability to transition Limelight to a leading-edge SaaS provider,” said Bob Lyons, president and chief executive officer of Limelight. “Together we will be able to drive better performance for our clients’ web applications, while improving developer productivity with our seamless end-to-end solution.”

“Layer0 was founded and led by engineers whose mission is to make the web instant and simple to manage,” said Ajay Kapur, co-founder and chief executive officer of Layer0. “Developers want to deploy and run websites at the edge. Limelight has one of the best edge networks in the world. We are thrilled to join the team and deliver the best ‘developer’s edge network’ in the market.”

Under the terms of the definitive agreement, Limelight will acquire Layer0 for approximately $32.5 million in cash and $22.5 million worth of common stock, subject to customary adjustments for transactions of this nature. The transaction is subject to certain customary closing conditions and is expected to close later this month.