As part of the most recent expansion, MTVA took delivery of additional NOARecord systems together with two N7000c audio ingest frontend hardware units, which results in a total of 20 stereo channel inputs running parallel. Noa’s local partner Broadmax installed the gear, in operation since April, at MTVA’s recently relocated radio archive in Budapest.

In combination with the new N7000c audio hardware, NOARecord offers intuitive operation that enables the operator to concentrate on keeping the tape machines running and to intervene as required in the case of diverging conditions. NOARecord’s algorithmic tracing function reliably indicates these abnormalities, such as deviating Azimuth, by constantly analysing the incoming signal for inconsistencies. Newly installed AutoCut automatically merges recording snippets in the background that need to be stopped, checked (eg, splice repair, head cleaning), rewound and restarted with the benefit of transitioning tedious editing tasks to an automated process. 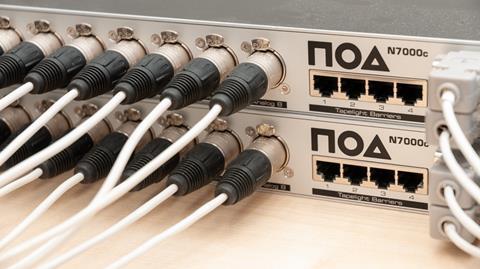 In addition, the MTVA setup allows for additional quality control downstream through a quality-check operator on a separate workstation. This represents a more efficient approach of labour separation, which is a cornerstone of systematic migration projects aiming for high throughput.

Broadmax integrated the NOARecord workstations into the existing jobDB environment, which was updated during the most recent refit in 2019. That revamp saw MTVA add new licences from Noa for AutoCut, MetadataFinder, Universal Dialoguer, BarCodeStation, as well as a new NOARecord workstation. In the same move, it also scaled out its existing Noa system (in place since 2006) by increasing its CDLector streams from four to eight.

Zoltán Fábián, owner of Broadmax, explained that this most recent upgrade allows the broadcaster to speed up the digitisation process of its audio archive even further. “This latest step ensures MTVA digital archiving workflow is right on point,” said Fábián. “The nice part about the N7000c is the flexibility it offers via remote connections. Even the robustly running Mechlabor STM-610 tape machines can be remote controlled via N7000c and GPIO-enabled hardware. Now, the organisation’s entire archiving process is even faster and simpler for state-of-the art archive management.”

According to Peter Almay, archive manager at MTVA, this expansion was the next logical phase for the broadcaster. “We reconsidered our entire approach to how we previously carried out the archiving process and Noa helped us detect the bottlenecks and resolve them. It was a fundamental step for optimising and advancing our archiving process and will allow us to reach our goal five times faster. It empowers our archiving team, increasing efficiency and facilitating management of the entire workflow.”