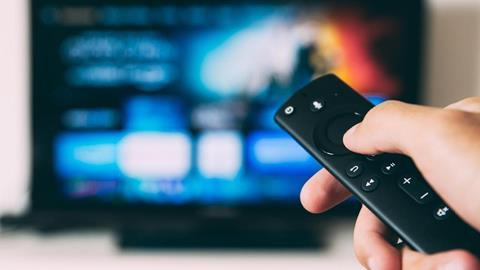 Traditionally most TV channels and services today are assembled from components centrally and in a physical form, and then pushed to consumers using traditional broadcast methods. Championed by ITV, BBC, Yle, Unity and TV2, this Accelerator project set out to develop a prototype demonstrating how future TV can be personalised and delivered over IP. Their Proof of Concept demonstrated the assembly of programme components as close to the consumer as possible, allowing full personalisation of audio-visual elements of TV services based on streaming, cloud and web technologies. The project broke down its objectives across four key workstreams: Live switching to create regional streams; Personalised overlay graphics; Graphics personalisation of rendered components; Change the audio on a promo; Manifest based channel creation

Why object-based TV?
Recognising that today, some components of a channel can be modified downstream using replacement technologies to switch out one video for a more targeted equivalent, this PoC investigated and showcased how far this concept can be taken for capabilities including graphics and audio - using technologies and techniques that are still maturing. Manifest-based streaming technologies such as MPEG DASH work by breaking down a video stream into small chunks, and then reassembling those chunks within the client device. The manifest (or playlist) in this case is just an ordered list of components which allows the consumer to find the next chunk. Dynamic insertion methodologies allow some of these chunks to be swapped out for other media content, for example replacing an item for one that is targeted to the individual viewer.

This Accelerator had a vision for how television will be delivered to and tailored for audiences of the future in an IP world, with new capabilities downstream and closer to the viewer that make flexibility and personalisation much more possible. It essentially prototyped the ability to late-bind these objects, graphics, streaming technologies, and traditional effects on the clean version using the IP and web technology available.