The new centre in The Westworks building promises to be “a creative and technology leading media hub” made up of production, post-production and live studios. 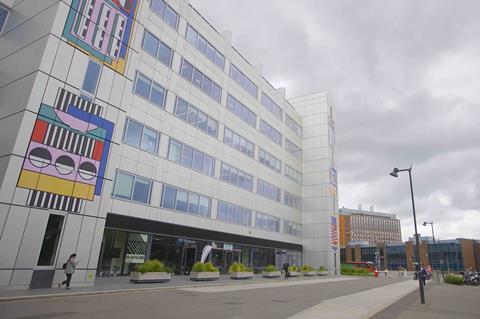 Go west: The Westworks will be home to Gravity Media’s new future-focused facility

The 50,000sqft facility will support both on-premise and distributed remote production workflows. Directly connected to Gravity’s UK and metro networks as well as to key telco partners, it will be able to support more than 200 incoming and 40 outgoing discreet services.

“This year has seen Gravity Media awarded a host of important new contracts globally, welcomed more talented new hires, and meant we have showcased a newly refreshed brand as well as website - all signalling a new era for Gravity Media,” said CEO and Founder, John Newton. It follows the recent opening of the company’s Production Centre Manchester in the ABC buildings - also home to Versa studios, the BBC, The Farm, Sony and others.

This expansion “enables us to build a truly future-focused facility. One in which we will be able to nurture our talent as well as ensure we will attract the very best in next-generation media, innovation, technology and engineering experts,” he added.

The Westworks is an ideal space for expansion, situated beside the former BBC Television Centre, home to ITV’s live daytime shows (such as Good Morning Britain and Loose Women) and entertainment shows such as Saturday Night Takeaway and the Jonathan Ross Show.

Crucially, it is also close to a wide range of bars and restaurants, including Soho House White City. The building offers open plan workspace overlooking central gardens with easy access to central London.

Gravity hopes that various sports federations will be based in the facility – so their broadcast media needs can be solved in-house.

The facility will also work with its Chiswick location on decentralised remote production, with the flexibility to integrate next-generation cloud-based, GPU-powered workflows.