Nucleus will cell you on high-speed cameras

At the heart of the Nucleus - Antelope’s latest slo-mo system - is a server capable of handling input from two high-speed cameras in UHD and offering at least 40 minutes storage per camera. It also delivers permanent live feeds, as well as instant slow motion.

It has also launched two new cameras as part of the Nucleus range. The Nucleus Pico is a miniature high-speed model capable of shooting at up to 250 frames per second in UHD and 450fps in HD. It supports HDR and triggerless recording and is connected to the server via two LC fibres. 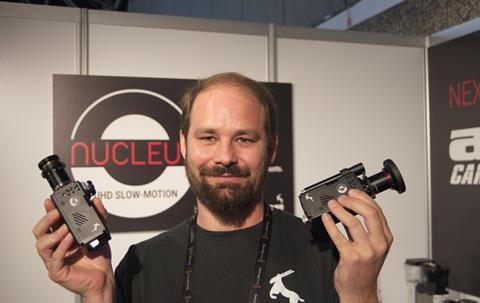 The other new camera (there will be more in the Nucleus family later), is Dirtcam, which has similar specifications to the Pico, but comes in a very different form factor. It essentially lives in the dirt - being partially buried in the ground, only emerging by 50mm. It retracts when it is hit or stood on. Dirtcam has already seen action in the US for baseball on Fox, where it delivered down-to-earth views of the batters and pitchers.