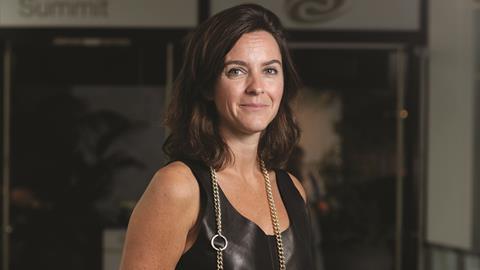 Alex Mahon: The gaming industry proves demand is there for immersive content

Media execs should look to the gaming industry and the success of games such as Pokemon Go to realise there’s a market for AR and VR content.

Nintendo’s Pokemon Go has been downloaded more than 100 million times, but Alex Mahon expects the location-based augmented reality game to also grow consumers’ appetite for immersive TV content. In her IBC Conference session, ‘From TV to VR: New Content Frontiers’, the CEO of The Foundry urged TV executives to pay close attention to developments in the gaming world.

“There’s been a coming together of computing power, a change in devices and the amount of data that can be stored in the cloud,” says Mahon.

“It means that immersive technologies such as augmented and virtual reality are more likely to be a success [now] than at any time in history.” 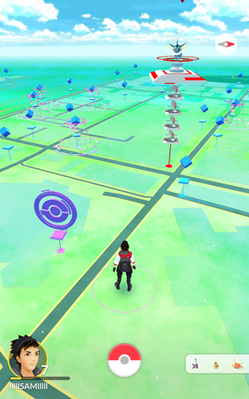 Uses for augmented reality, she adds, are more immediately apparent for retail and gaming. “I haven’t yet seen a good narrative use of AR – but I am sure that will come. What is exciting about VR is that it plays to the trend of binge viewing where consumers want to be pulled into a world. That sets a precedent for storytellers to direct emotions through char-acters with a greater sense of immediacy than is currently possible.”

Mahon was previously CEO of Shine Group, and has held executive posts at Talkback Thames, FremantleMedia Group and RTL Group. She sees parallels between the consolidation of the indie production sector and the burgeoning tech scene.

“Technology is changing extremely fast, and there’s also a lot of volatility making this a very exciting and fertile sector to be in,” she says. “I was there when media was dominated by a few big companies like RTL and Liberty, and I saw a lot of small producers start and rise up. I can see a similar trend where we have Amazon, Microsoft, Google, and Apple today, but also a low barrier to entry where a good idea can really make an impact on an international scale.”

Having begun her career as a Ph.D. physicist and then at strategy consultants Mitchell Madison Group, working in the internet retail sector, Mahon’s career has arguably come full circle.

“I started out amid the first internet wave, so technology has always been a natural link for me. I enjoy working with creative people and I think pure technology firms and content producers can learn a lot from an exchange of ideas.”

The Foundry develops software used to deliver high-end VFX and 3D content for the design, visualisation and entertainment industries. Every single film nominated for the best VFX Academy Award in the last five years was made using The Foundry’s software.

“Technology is nothing in and of itself,” she says. “It is the use to which it is put which makes the difference. I am lucky to be working with a team of people who not only have great ideas but are able to make it happen, and with customers who don’t just stop when they get something that does a job well but push to make it even better.”

Mahon is also non-executive director of The Edinburgh International Television Festival, Chairman of the RTS Awards and served on the DCMS advisory panel on the BBC. 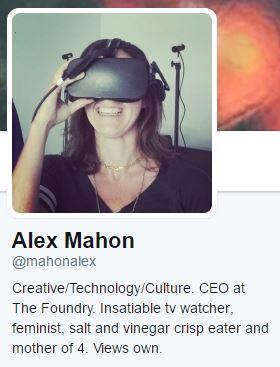 Does she feel Brexit puts the UK creative sector at risk? “The Foundry employs fantastic talent from 27 nationalities in Silicon Valley, LA, Shanghai and London. I want to continue to attract the best talent but there’s a risk of barriers to that with Brexit. I hope the British government comes up with new ways to ensure the UK remains at the forefront of the world’s creative industries.” 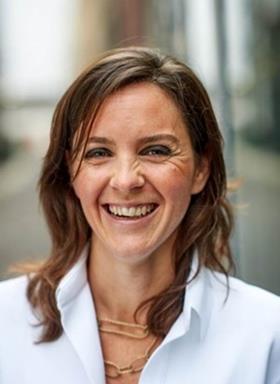 Alex Mahon is the CEO at The Foundry, the leading design and visual and 3D effects software firm. The software is for the design, visualisation and entertainment industries; clients include Pixar, Weta, ILM, Mercedes Benz and the virtual reality sector. The high-growth company was founded in 1996 and is headquartered in London, with 300 staff in Silicon Valley, Los Angeles, Shanghai, and the UK. In 2015, the company was acquired by HgCapital for £200m.

Alex was previously CEO of Shine Group, departing in 2015 after successfully contributing the content creation company into a new 21st Century Fox and Apollo Global JV to merge Shine with Endemol. She joined Shine as Managing Director in 2006 and built the group through M&A and organic growth into an organisation with 27 creative labels in 12 countries, £700m in revenues, with brands including MasterChef, Biggest Loser, Broadchurch, Spooks & The Bridge. Prior to this she had a career in media across Europe, at Talkback Thames, FremantleMedia Group and RTL Group. This followed from her early career as a PhD Physicist and then at strategy consultants Mitchell Madison Group working in the internet retail sector.

Alex is the Senior Independent Director at Ocado Plc, co-Founder of WeAreTV, Chairman of Bandstand Productions and a venture partner at LocalGlobe. Also Chairman of Royal Television Society Programme Awards, NED at Edinburgh International Television Festival, a member of the Government’s DCMS Advisory Panel on the BBC, and Appeal Chair of The Scar Free Foundation - a national charity funding pioneering and transformative medical research into disfigurement.