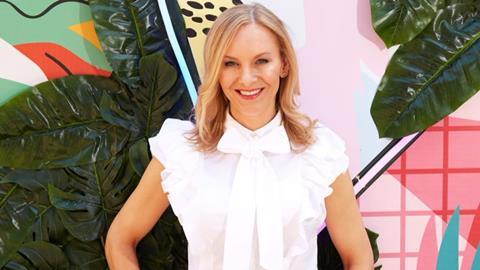 Mainstream media must balance creativity and diversity, with LGBT visibility particularly low across the broadcasting industry, and authenticity key according to TV and radio presenter Stephanie Hirst. 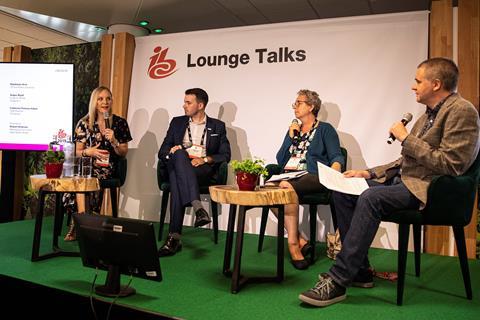 Flying the rainbow flag: Hirst speaks on the panel at IBC2019

In a transformative media landscape, authenticity is key for audiences who are seeing their loyalty squeeze by consolidation. Diversity and inclusion is playing a key role in the industry reflecting this authenticity, with representation both on and off-screen top of the agenda for broadcast and media executives.

Broadcaster and presenter Stephanie Hirst started her career in radio at age 12, working for her local radio station 96.3 Radio Aire in Leeds. She moved up the ranks and was hosting the overnight show by 16.

She has since bounced around the country working primarily in radio and today boasts over 15 awards. With 11 years spent hosting Capital FM’s breakfast show, among other programmes, Hirst is arguably one of the UK’s most celebrated radio personalities.

On 11 October 2014 during an interview with Stephen Nolan on BBC Radio 5 Live, Hirst came out publicly as a woman and talked about her gender transition.

In 2014 and 2015 she was included in The Independent On Sunday’s Rainbow List, an annual celebration of 101 LGBT people in the UK.

Hirst spoke to IBC365 ahead of the IBC2019 Lounge Talk, ‘Flying the Rainbow Flag’ where the LGBT panellist agreed too many media technology companies are too straight and too male and argued that diversity across the industry was patchy at best.

“If you are authentic and not a synthetic version of yourself you will generate success,” she explains, adding that this is true also for media companies. Ensuring a dynamic reflection of society is reflected within programming is key for both radio and TV.

She continued: “Today’s media is better at incorporating gay storylines – there are positive stories on TV and I rarely see anything that would make my toes curl. Politically incorrect content is not really allowed in the media.

“But there is always more to be done and you don’t want to positively discriminate.”

She warned commissioners and content creators to tread the “fine balance” between casting LGBT characters and not diversifying in an excessive way.

“We could be in danger of giving the audience too much LGBTQ+ saturation and the balance is important to get right,” she explains.

Since her public announcement, Hirst says she never talks about her transition with the media and it has never come up in the last five years of working.

She explains: “I didn’t want it to define me and I was afraid it would stamp me as gender LGBT related and I refuse to be put into a box.”

Hirst returned to radio a year after her transition with a programme called, Nothing but the 90s which was aired on BBC Radio Manchester. She admits: “Naively I thought it would be seamless but I was very careful with what I shared.”

In a 2015 interview, she said coming back to radio at a time slot which was somewhat tucked away at night and not in the limelight felt just right, so she could find her new voice without huge pressure.

Reflecting today, Hirst explains regardless of sexuality or gender the right person should get the job.

“They should get it but we are in danger of going the other way, in all areas of the industry of broadcast media” she adds: “I wasn’t hired because I transitioned, thanks to the BBC, they gave me an opportunity to interview people and cover topics otherwise not dealt with.”

UK society is diverse and individuals are complex, meaning it is critical mainstream media reflects the diversity of society.

In January 2015, Hirst started work on ITV’s morning show Lorraine as part of a strand called Change One Thing. She continues to be part of the ITV Lorraine extended presenter family, however, dodges most other TV opportunities despite “dabbling for years.”

She explains more often than not today, when the phone rings, its because something has come up about her transition to becoming a woman. “I am pigeon-holed despite being an established media personality,” adds Hirst.

In June 2016, she was one of the prominent faces of Pride In London’s No Filter campaign.

The manifesto film, which starred Hirst alongside Sir Ian McKellen and Graham Norton, explored what No Filter means to the LGBT+ community.

A second short film was made with Hirst describing her first No Filter moment and shown daily within London’s Westfield centre.

In July 2016, Hirst was awarded an Honorary Doctorate from Leeds Beckett University for her LGBT activism and in February 2017, Hirst was nominated for a British LGBT Award in the ‘Top 10 LGBT+ Celebrity’ category.

She says: “The campaign was about authenticity, which is what rules the media today, but in 2016 that was the roots of it starting to spearhead. The explosion via Instagram was when it became truly authentic.

“Pride is wonderful and we have seen that grow as well. When we see titles on TV which have got pride logo and pride element brings it more mainstream and pride is for everyone, united together.”

Driving positive change
Hirst explains: “We will always have people that don’t get it and as human beings we are curious and we want to know why and sometimes you don’t have an answer.”

Calling for authenticity, Hirst urges presenters, engineers, creatives and producers to be their true self, saying: “It is an exciting time, I don’t know where we will be in the next 15-20 years but the industry will evolve.”

Amid the push for diversity and inclusion across the sector, Hirst notes the technological change. She says: “Radio will be challenged because Gen Z has no affinity to the device. How do we get that to evolve into something we don’t know?”

She explains that podcasts will eventually turn into something that is radio.

“There will always be live linear radio that is reactive because we need to be reactive.”