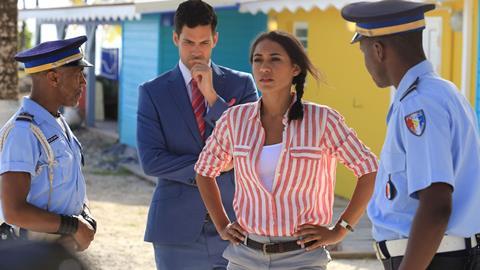 The business of creating magic

In the first in a series of interviews with industry-leading craft talent, Goldcrest’s Jet Omoshebi speaks about breaking into the world of grading and the essential attributes of a colourist.

If being a good colourist boils down to taste, then Jet Omoshebi is taste maker supreme. Omoshebi is a superstar colourist, one of a handful of artists worldwide whose talent attracts directors, DPs and agencies to work with her. 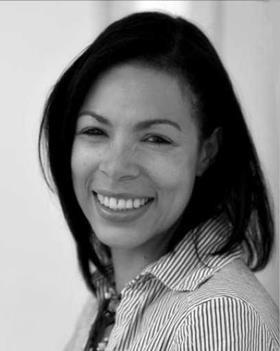 “Grading is so subjective, there is very little right or wrong to it,” she says.

“A client is really employing someone to be an interface between their taste and the machine or computer which will deliver it. Two colourists with different tastes will attract different clientele.”

She had wanted to be a sound engineer, having become fascinated with the idea of playing with audio when travelling with her father, a session musician, around various recording studios in the 1970s.

“I always thought I’d do something around music or radio, but I found the industry a very male dominated profession in the late eighties and quite difficult to crack,” she says.

A media course after leaving school gave her essential if unpaid work experience in Soho and led to employment as receptionist at Video London Sound Studios, her break into the industry. Or so she thought.

“I worked my way up to be a sound assistant transferring sound effects from bits of 16mm onto tape. It was all very low key.”

But her progress was checked by the attitude of male colleagues.

“I met a lot of resistance,” she says. “They had never had a woman on the technical side of things.

”They told me they didn’t think I was ever going to make it in sound and that my best bet was to get my typing speed up and maybe work in reception or bookings. I was kind of incensed by this. I’d worked hard to claw up from reception, but anger is such a wonderful motivating thing and I was determined to prove them wrong.”

Quitting the position, Omoshebi applied for “any job I was interested in and qualified for” and landed an interview at Rushes.

In 1990, still run by visionary founder Godfrey Pye, the facility was starting to establish a worldwide reputation for post producing commercials and pop promos using the latest technology like Quantel Paintbox and pin-register telecines. But they didn’t do sound.

“I was just excited by the whole prospect of working with pictures and I guess that enthusiasm came through because they took me on,” she recalls.

“Although I was just printing labels for the first few months my knowledge of film handling gained from working in film sound amazed them. Most of the others there couldn’t [work with film] since they were video kids. That was my introduction to telecine.” 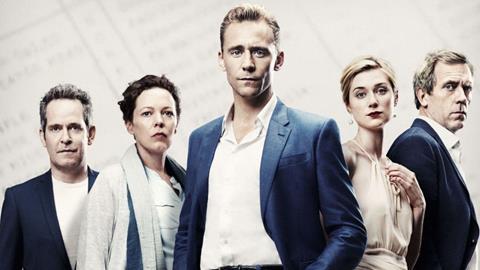 While the technique of working with negative paid off, Omoshebi also found similarities in the art of film and sound mixing.

“Both are a kind of emotional storytelling,” she elaborates. “When you’re mixing sound what you are doing is guiding your listener through a narrative in a subliminal way to generate an emotional response to the picture. Grading is much the same. You can influence the way people feel about something without using language, on a subconscious level. The energy behind grading is very similar to mixing. I also feel that it is during both processes that the client first starts to feel the project emotionally.”

In the late 1980s and early 1990s telecine machines cost a million pounds and facilities attracted clients by marketing a Cintel Ursa or Spirit DataCine rather than pushing any talent.

“You could do less with those machines but less was expected of you, and that made it easier to shine if you could do something no one else had found,” says Omoshebi who had progressed to colourist by 1993.

“The technology evolved from just about being able to change the density and overall colour balance to being able to perform secondary grading – to key into one colour and make it light or dark or dense.

Read more AI and the cloud: The evolution of post production software

“Now, picture manipulation has become anything you want it to be,” she adds.

“What hasn’t kept up with the pace of change is the timescales. Whereas grading has become vastly more complicated timescales have been squeezed.”

This is becoming more acute as production gains higher and higher resolution.

“What people don’t realise is that grading at 4K is very different from HD. With higher resolution there is nothing hidden. Unlike film, which has a wonderful tolerance from shot to shot, video at 4K will show up every small detail. This means you need a lot more tools and a lot more time than you used to, to keep the bits of detail you want and also to preserve the magic of narrative storytelling.”

High Dynamic Range (HDR), fast becoming a routine deliverable, is welcomed by Omoshebi for its aesthetic opportunities despite surprising resistance from some DoPs and directors.

“Any change which means you are able to see so much more on screen will worry a DoP about whether they’re going to have enough time to light, shoot or grade for it,” she says. “In the right hands HDR does look very beautiful and enhances the viewing experience but if done without care it can look garish.”

While building relationships with key creatives lies at the heart of her profession, the colourist often has the least input into the look of a show. 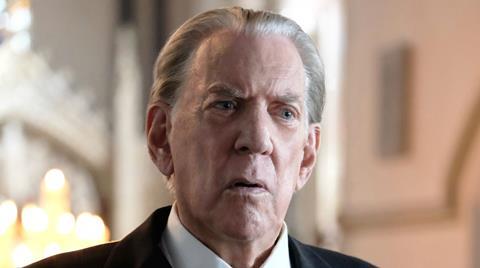 “We’re not there for the shoot and rarely for pre-production talks,” Omoshebi reveals.

“We’re not there during the weeks and weeks a DoP and director talk about the look and feel of the show and we literally have three days at the end when we’re supposed to key into all the conversations they’ve had until that moment.

”Generally, [colourists] do a very good job at very quickly interpreting what is expected from the outcome of all those conversations where we weren’t present.

She adds though that creatives “who understand the value of grading” will ask for her input as part of pre-production discussions including on lens choice, costume and production design.

“The closer you are to those conversations the better you are able to serve at the end,” she says.

“We can advise on things like, if you are shooting an actor in a certain colour room, what is going to be the best contrast? How can you separate the skin tone and are you going to be able to subtly change a colour if it’s not right? How will it look on TV? How will it look on a certain film stock emulation? What can we do to facilitate the look of a period piece? Can we match the distortion of a wide angle anamorphic lens in post? There is an incredible array of things where a colourist can be really helpful.”

A key tool of a colourist’s trade is diplomacy in working with clients who may be very clear or very uncertain of the look they have in mind.

“Some clients like to be led but quite often it’s about setting aside personal taste and going with the direction you would not necessarily have taken. You have to get on board with what their vision and still come up with something good that serves the dream of the director.”

Taste, like fashion, fades in and out but intriguingly Omoshebi links grading colour trends with the state of the economy.

“When the economy is good people tend to want a more rugged, deconstructed, experimental look to their pictures. When money is tight people want more to see more expensive production values. It plays against the prevailing mood. The current trend is for an honest and natural look. We’ve been through a period where images looked very manipulated with lots of CGI and I think people want less artificial, less obviously manipulated looks.

“We’re in the business of creating magic and increasingly clients don’t want to do this in VFX. They want to make storytelling as natural as possible which means more of the finished product is achieved in the grade and that is something that takes an awful lot of technology.” 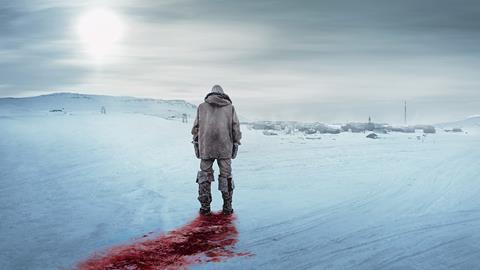 While Omoshebi has been at the top of her game for many years, winner of an RTS award for Life on Mars and recognised by the Women in Film and Television craft award in 2007, she has had to earn her spurs perhaps more than her male peers.

“I don’t want to say anyone was unnecessarily mean to me, but it has been harder to convince people at times that I’ve been able to do the job,” she says.

“A lot of people would walk into a suite and were sceptical they were going to get the best job. In a way it’s like walking into a car repair garage and you see a female mechanic. It’s just that people are used to seeing a man in these roles.

“But the business has changed in a lot of ways,” she insists.

“There are so many more women in all kinds of roles. I’ve had the chance to train half a dozen lady assistants and the grading department at Goldcrest has three females and two male colourists.

“There are fewer female Heads of Department and fewer female directors and cinematographers than there should be. Some countries are more progressive than others. For example, in New Zealand the majority of colourists are female. Change still needs to happen but, overall, I’d say there’s no impediment now for women to get into post production.”

Omoshebi has brought her distinct talents to bear at facilities including MPC, Complete Video, Pepper Post and SVC (the latter three now defunct). She joined Digital Film Lab in Copenhagen, where she graded the feature Underworld before moving back to London enjoying stints at Deluxe and Company 3.

“It’s really about being able to progress as an artist,” she explains. “I feel a need to keep challenging myself so as not to get stale and the way I’ve done that is by moving around.”

She moved to Goldcrest Post last year to help set-up its TV department. “It’s quite difficult to learn new things when you get to a certain stage so when new technology is released you have to learn it on the job. It’s been a wonderful privilege to do that by moving between facilities.”

Read more What’s new in the world of grading?