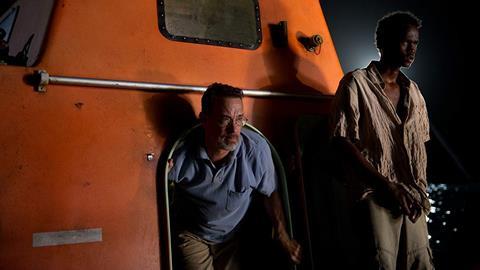 The director of Captain Phillips, United 93 and The Bourne Supremacy has condemned nepotism that holds back the UK’s film industry. 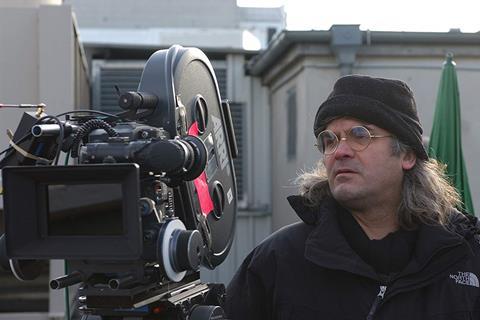 Paul Greengrass, the director of 22 July, Captain Phillips and The Bourne Supremacy has damned the nepotism and public school cliques which he says continue to dominate the UK’s creative industries.

“The entrenched networks that prevail in modern Britain have a very deep presence in film and television and will always privilege those in the industry,” Greengrass told the Sheffield International Documentary Festival. “Recent social advances have made the industry much more open with far more women than when I was starting out but the distance you have travel from a working class background is profound.”

He said an industry “that is awash with money” was not doing enough to encourage diversity. “School kids do not think of film and TV as somewhere where they can go and make their mark. It’s still far, far too reliant on who you know.”

Greengrass speaks as one who broke the glass ceiling, rising from a working class background to A list Hollywood director but apportions part of his career to luck and another to his own rage and frustration at being unable to break into the club at the BBC in the nineties.

“I tried to enter the world of drama and found it a tremendous clique,” he says. “I submitted scripts to the BBC on several occasions only to have them passed on to established screenplay writers [Michael Frayn, Alan Bleasdale] and I struggled with that a lot. It was an institution I wasn’t going to be invited to and I didn’t belong in.” 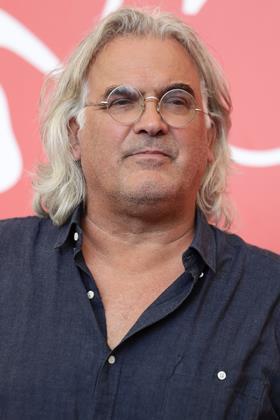 By his own account, Greengrass has always struggled to fit in. Born in Cheam and growing up in Gravesend and the Thames Estuary “a tough place with a strong, rebellious anti-metropolitan identity” he recalls “all the intense anxiety I felt as a young person – girls, socialising, insularity. I found institutions tremendously hard.”

Having been “quite a bolshie, arsey kid,” he was lucky, he says, to have found his métier at secondary school. “That’s where I learned that I had eyes that I could use. I’d found I could draw and paint and print. The art teacher encouraged me to use an old dusty Bolex camera. Suddenly I’d found what I was meant to do. The camera allowed me to speak at some level.”

There was nothing in his family background to suggest an affinity with moving images.

“I have a theory that my becoming a filmmaker is to do with being quite isolated as a child and my childhood experiences of cinema,” he says. “If you have these incredible powerful experiences in a dark space it creates a fugue state that mainlines to your cortex. I can recall those experiences more vividly than many others. Filmmaking is essentially a psychological effort to recover the intensity of childhood experiences - which is why all filmmaking is one of disillusionment and deep self-loathing.”

TV roots
The route into the industry for aspiring filmmakers like Greengrass in the 1980s was television and with only three TV channels and no insiders to call on, that narrowed the choice down to ITV. He mailed his CV dozens of times requesting work experience, eventually landing a job as a researcher on the sports desk at Granada.

From there he gravitated to the hard-hitting current affairs series, World in Action. “You were taught that London was the enemy, that Manchester was where it was at,” Greengrass says. “Granada had that ‘we don’t care attitude’ which spoke to me. The attitude was ‘we make programmes that people want to watch. The BBC makes programmes they think you should watch.’”

World in Action was an eclectic mix of traditional documentary filmmaking (stemming from founding fathers John Grierson and Humphrey Jennings) and observational filmmaking “wedded to a strong journalistic ethos which gave it a political edge. Plus, it had this weird almost agitprop Private Eye quality to it in which they’d use gimmicks and devices to tell a story.”

Greengrass flourished, directing and producing stories on the Thatcher-era coal mining industry, on M15 investigator Peter Wright (for whom he co-authored the book Spycatcher which the British government attempted to ban) and behind the scenes with Bob Geldof in the weeks leading up to the Live Aid concerts.

“[WIA] enabled me to shoot, cut, write, to tell a story, do it under pressure. There’s nothing so intensely terrifying in having to cut a WIA in two days.”

He believes the process of filmmaking will always tend toward a vacuum and that the essence of the job of the director is to not let it form.

“You cannot stop, you must move forward. Indecision creates a toxicity which destroys the dream which you set out to achieve.”

As important, his decade working for WIA taught him how to make films for an audience. “You are having a conversation with someone. You ‘ve got to be clear and direct about what it is you want to say.”

Although he never admitted to his colleagues at the time, Greengrass had a hankering to make fiction and tried and failed to transition into the format to the point of considering giving up on his career altogether.

It started well enough. His first film, for just launched Film4, was Resurrected (1989) an anti-war tale based on real events about an MIA soldier in the Falklands (David Thewlis) who turns up alive weeks after everyone thinks he’s dead. It was nominated for the main award at the Berlin Film Festival.

His next steps weren’t so assured. “I did learn the language of TV drama which is authorial storytelling and different to shooting docs - but I always felt that it wasn’t me,” he reveals. “I worked through my thirties but I never quite felt I was being true to myself.”

It became increasingly difficult as he struggled to translate the vision in his head to the screen.

“I’d see a film in my mind and shot it using conventional film grammar. This means you are filming in the third person but it’s not got the first person urgency to it and it didn’t connect me from where I’d come from in terms of documentary filmmaking or connect with me emotionally in terms of things inside me which are attack and pace and drive. 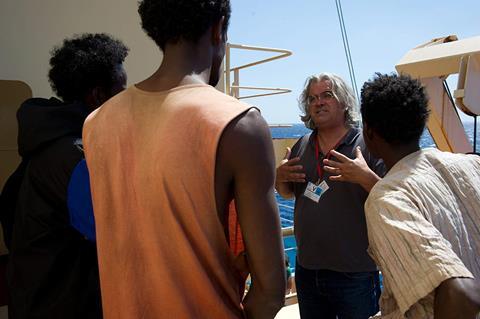 Captain Phillips: “The screenplay is fundamental, but the film exists beyond it”

“But I didn’t know how to bring those things together. I went through a couple of films feeling unbelievably frustrated.”

This included TV movie The One That Got Away, about an SAS raid in the first Gulf War based on Chris Ryan’s book. “I was on location banging my head against a Humvee thinking this is not me. Why I am seeing the film that I want to make in my script, but the filmmaking process just puts a wet blanket over it?

“It was a lack of courage, a lack of knowledge and a lack of breakthrough in finding a voice. I hope that’s only truly disastrous film I’ve made. The sense of failure I felt about not imposing myself on that film gave me a rage.”

Take no prisoners
He took that anger into his next film, a docu-drama account of the racist murder of schoolboy Stephen Lawrence.

“I came to that film with some sense of crisis,” Greengrass says. “I’d reached a place where I thought I should give up. The rage and the frustration and fear that I felt at that point gave me a ‘take no prisoners attitude’. On the first day on set I started to shoot in a way that I always do now but then I backed off. I was terrified.

This was the beginning of Greengrass’ now signature handheld, kinetic, micro-cut style that lend his movies the feel of reportage.

“You are almost gambling everything on the one moment. It only lives in that moment, that way, that shot. It is unsettling because your rushes don’t look like ordinary rushes – there is no safety about it.”

Without the encouragement of producer Mark Redhead, Greengrass might have remained stuck. “He said just ‘go for it’. So, we did.”

What Greengrass says he realised is that the screenplay was not ever going to be the template for the film he wanted to make.

“The screenplay is fundamental, but the film exists beyond it and you have to get to that point and the only way of doing that is by speaking in your own voice. Finding your voice as a filmmaker is something that is hard won, and you can only win it by trying and failing.

“In the end, it’s about moving toward being true to yourself in your choice of subject, in the way you handle that subject and the aesthetic choices you make to render that subject. All of those have got to come together.”

Bloody Sunday, his meticulously researched and frenetically paced recreation of the 1972 Derry massacre, shared first prize at the Berlin Festival in 2002 and caught the attention of producer Frank Marshall.

“I’d never thought about making a commercial movie. I’m not an obvious candidate but when they asked me to do Bourne, I remember going to see Doug Liman’s [franchise starter] The Bourne Identity. I thought, I know what to do with that.”

You would imagine that Marshall knew what he was getting with Greengrass but apparently, he was shocked when he saw rushes during the first week of shooting.

“I was sitting in the back of the theatre and I could see Frank jerking around – ‘why the fuck is he shooting the stuff like this – its horrendous.’”

Story through action
When it came to reshooting some scenes for The Bourne Supremacy the studio ordered Greengrass to shoot it both the way he wanted and in a standard locked-off way.

He says though that his experience with Hollywood executives contrasted favourably with clashes with the BBC.

“Studio execs are not scary. They want filmmakers to tell them how to do things.” 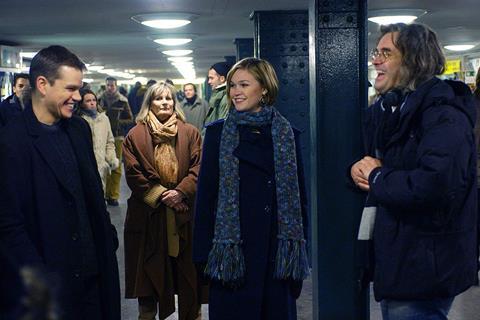 Another key aspect of Greengrass’ style is the ability to tell a story through action. This is most evident in the action sequences of the Bourne franchise including Supremacy, The Bourne Ultimatum (2007) and Jason Bourne (2016).

In a scene in Supremacy, Bourne is trapped in a hotel room and recalls a horrific murder that he committed in his past as an assassin. The next sequences show him escaping from the room, running across Berlin to evade Swat teams and CIA goons, eventually getting away on a metro train with a look of resolution on Matt Damon’s face.

“That is quite an accurate psychological state of the character’s mind because when you remember something that is deeply shaming you run away from it,” Greengrass explains. “He is being chased by his own demons and the sequence ends with a realisation that Bourne must face up to them. He cannot run anymore. He has to atone for what he has done.”

He is however dismissive of using shaky-cam simply for effect.

“Action pieces like car chases should all have a character root that is truthful otherwise it is just eye-candy. You want the images you’re capturing to rise authentically arise out of the environment you’re shooting in — so, if you’re running it’s going to feel like what it feels to run. It doesn’t work when you’re not showing detail or developing the moment. It only works when you can get action to enact character.”