The films of Rachel Morrison, the cinematographer best known for Black Panther, are unusually politically charged. She speaks to IBC365 as she embarks on her directorial feature debut. 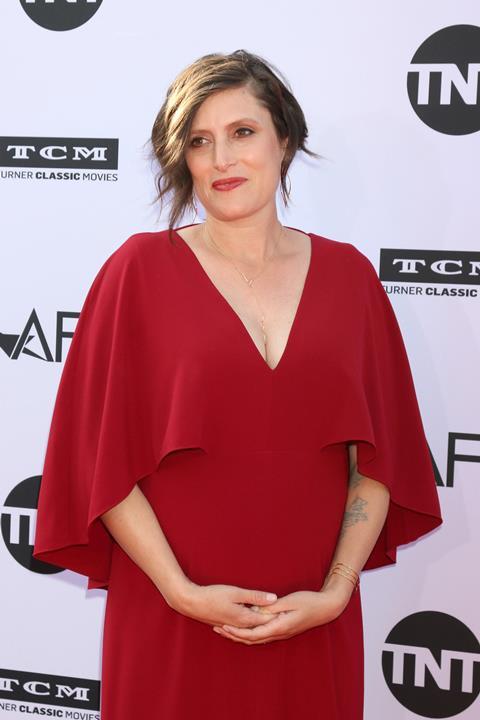 Rachel Morrison, ASC first emerged as a refreshing voice at the forefront of independent cinema, achieved widespread acclaim for photographing Mudbound, before seminal Marvel blockbuster Black Panther confirmed her as one of the hottest properties in Tinseltown.

“I’ve been offered lot of projects since, which for one reason or another, I’ve turned down,” she says. “Some have had an antagonistic message or the protagonist was violent. We have enough of that in our lives right now that I don’t feel the need to add to it.”

Morrison is not the only cinematographer to choose projects based on her political sensibility but as Hollywood’s most high-profile female DoP, perhaps her choices are noted more than others.

“I am intrigued by the difference of opinion between the real and imagined,” she says. “I am especially drawn to stories that draw a fine line between hope and despair.”

She has, in fact, said yes to two jobs after the runaway success of Black Panther and both relate to the power of diversity depicted in that movie - in front of and behind the camera - as well as the struggle against racism essayed in Mudbound.

She is the cinematographer on Seberg, an unconventional biopic of actress and icon Jean Seberg styled in the mode of 1970s conspiracy thrillers like The Parallax View and The Conversation in a fact from fiction story that hinges on Seberg’s real-life involvement with civil rights activists the Black Panther movement.

“This is a story of a Hollywood starlet and the dark undercurrent of government and the invasion of privacy,” she says of Seberg, which is directed by Benedict Andrews and stars Kristen Stewart. “There are a lot of parallels between what happened to Jean and what’s going on now in our politics that made it exciting and relevant.”

“The truth can be deceptive. With fake news, I think everyone questions the truth now. Trump lives in a reality that I don’t understand nor do I understand the reality of those who understand him. I am acutely aware of those who live in their own realities.” 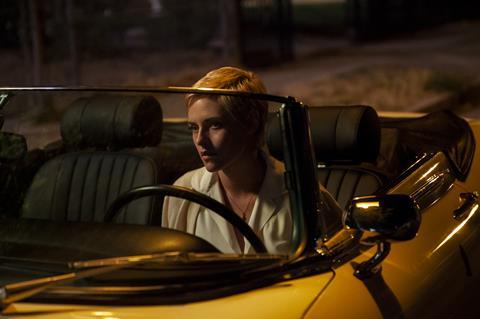 Morrison on photographingSeberg: “There are a lot of parallels between what happened to Jean (pictured) and what’s going on now in our politics that made it exciting and relevant.”

She is also embarking on her first feature film as director, another biopic, this time of Claressa ‘T-Rex’ Shields, the first woman to win an Olympic gold for boxing (aged just 17 at London 2012) and currently the sport’s undisputed world champion.

Flint Strong, the Claressa Shields story which stars Ryan Destiny, is being made for Universal with a screenplay by Barry Jenkins (writer/director of Moonlight, If Beale Street Could Talk).

“Barry’s writing is beautiful but there are certain things I saw of myself in Claressa,” Morrison says of Shields. “There’s a certain universal truth to her experience, about her journey and her resilience as a black woman growing up in Flint, Michigan. It’s amazing that she prevails.”

Shields gave an extraordinary interview to the BBC in 2017 where she describes childhood poverty, her father’s imprisonment for dealing drugs, her mother’s alcoholism, being bullied at school, and rape. Yet boxing was her salvation, becoming the only American boxer male or female to defend an Olympic title at Rio 2016 and the first woman to headline a boxing show on a premium TV network in the US.

“Her story is the embodiment of the idea that sometimes women have to do things twice as well and twice as often before anyone give them any recognition,” Morrison says. “In her case, she had to go ten times as often and reach way above and beyond everything and everyone else to succeed.

“When I thought about Claressa, I felt I could relate to her and put myself in her shoes. If you are going to spend the better part of a year of your life on a project, I want to make sure I’m putting across a positive message.

What’s more, she wrapped on Seberg while eight months pregnant, unafraid to call out the (male) perception that pregnancy is “some kind of disability.”

“If you are going to spend the better part of a year of your life on a project, I want to make sure I’m putting across a positive message.” – Rachel Morrison

In an Instagram post at the time she wrote: “The point is I am NOT a superhero. I am just going about my life doing the thing that I love for as long as I can because the more I work before baby the longer I can take off after. Which should also be MY choice and no one else’s. At the time, I lost many jobs because people were nervous to hire me so soon after the birth but again I say this should be left up to us. Pregnancy and motherhood, in general, is not a disadvantage and the craft doesn’t suffer as a result. If anything the added experience and enhanced empathy has made me a better cinematographer and filmmaker.”

The post went viral but it is not something that feels relevant to the conversation now.

Morrison’s background is in photojournalism, a discipline she studied at New York University and completed a master’s degree in cinematography at the American Film Institute, graduating in 2006.

Her cinematography on the 2005 television documentary Rikers High, about high school education within the Rikers Island prison complex was nominated for an Emmy.

After spending two years behind the camera of MTV’s glossy reality show The Hills, she concentrated on photographing a succession of indie features including Fruitvale Station, a ripped-from-the-headlines miscarriage of justice for director Ryan Coogler, shot on gritty 16mm. They would have made his next film Creed, together, but she was due to give birth to her first child midway through production. Coogler invited her back to lens Black Panther.

“My favourite relationship as a DoP has been with directors who hired me for my creative instinct, who encouraged me to engage with the story.” – Rachel Morrison

“If you were looking for a theme in my films, which span a broad genre, you would find subjective realism at their core,” she says. “In photojournalism or documentary cinema you are trying to pull at the core emotion and make instinctive choices because you only have a single camera and a split second to decide which way to point it.

“In narrative cinema, the difference is that you get to light from scratch and you get to rehearse and plan, but I still feel like I’m searching for the same core truth.” 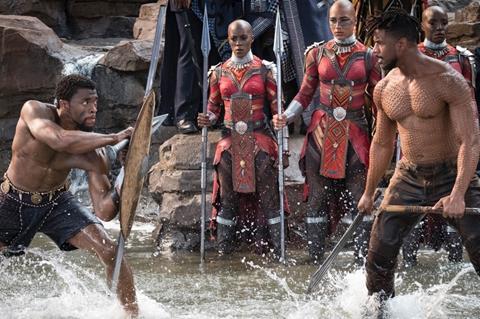 Black Panther: Director Ryan Coogler invited Morrison to work on the Marvel film after her success on Mudbound

Her background in photojournalism also affects her choice of lenses and composition. “In lighting, I try to light in a very heightened naturalism. You can be tempted to be stylised and theatrical but unless an image echoes the emotional state of the story, I don’t feel it works. When the world of your film is real, the lighting should be a reflection of that.”

Having paved the way for her feature directing debut by helming episodes of TV shows American Crime and Quantico, Morrison says she won’t try to double up duties on Flint Strong. “As my first feature I want to put everything into the performances,” she says.

“My favourite relationship as a DoP has been with directors who hired me for my creative instinct, who encouraged me to engage with the story. That brings out the best in me.

“So, whether I hire a DoP who shoots like I do or whether I look for a DoP with things I don’t do so well and we combine our strengths to make it work, I will try to find the right person and let them do their job.”

She adds, “I tend to be pretty critical of my own work as a DoP but even where a film has not succeeded on every level I know that the intention is there. I try to be intentional about what I put into the universe.”