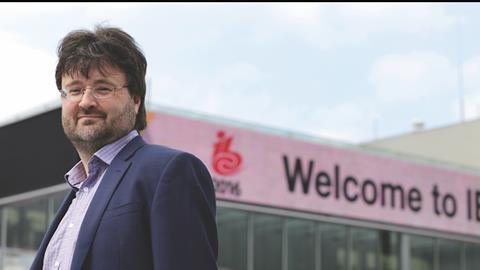 David Atkins: Developing the next generation to engineer the IP future

Supporting the next generation of broadcast and media professionals is essential for industry growth and development; manufacturers can do more to welcome newcomers by designing systems that resemble what engineers are used to.

David Atkins, Technical Director and Founder of Suitcase TV, was the sole vendor representative to speak on the ‘New Era, New Skills in Broadcast and Media’ session at IBC2016, which discussed generating a new talent influx that understands both IT and media.

Atkins is passionate about this subject. “This is a very complex area, and it has been [of interest] to Suitcase for many years,” he says.

“Every summer we have sought out students, typically in their second year, and offered them three-month contracts at sensible wages to work on real product.

”It gives them an opportunity to find out how the workplace ticks, and what skills they are not learning on their degree course.”

This has been quite beneficial, but the driver has not been just to employ people.

“The best thing to do is increase the stock of good graduates who know something,” says Atkins.

“My frustration is that very few people do this, so we end up with talent coming out of universities that frankly hasn’t got a clue about what the real world is like.”

The UK now has a degree apprenticeship scheme aimed mainly at big companies, but Atkins worries that a lack of awareness amongst the SME community may see benefits missed.

Suitcase has made good ground with its local university and has taken on four students this year. Should the industry work closer with academia?

“Yes – and we need [academia] to be more focused on the requirements of industry,” said Atkins. “[Also] the SME sector cannot sit there and complain they cannot deal with people without two years’ experience, if they [themselves] will not provide two years of experience.

”You want students to be up and running when they leave education.

“We need a forum that is cross-industry, that is not tied to a single body, because that will just get parochial.”

The impact of IT

How does the new IT skills issue impact on engineering?

“The maintenance skills are radically different and our experience so far is that the skills don’t exist in the IT sector for network switching management, nor in the broadcast sector, because the technologies being used are not widely used in data centres.”

“Ultimately, broadcasting is not actually about IP and IT”

Manufacturers must engineer systems that resemble what engineers are used to, he proposes.

Tools have to offer self-discovery, be able to self-configure, and have to adapt to environments.

“Past transitions – SD to HD being one – have been successful because the model wasn’t broken at the point of transition.

”We did not break broadcasting,” he says. “IP is a revolution, but operationally it needs to be a progression, otherwise it will fail.

“Some of the players have been trying to avoid the revolution by replacing their SDI cable with standards like SMPTE 2022-6, because in principle they can just stick a converter on their box at both ends, and make a much more expensive SDI cable.

”That does not give you a roadmap to new and efficient methods of working in the future. It locks you into where you were.”

Based on his time at the show, Atkins believes IBC has come much closer to the craft of content creation.

“People who create content have far more say over how it is going to be produced,” he says.

“Artists have become very adept at using computer-based technology, which means they are more able to communicate what they want from the engineering side.

”It is a closer working relationship. Ultimately, broadcasting is about broadcasting, and not actually about IP and IT.”

Having worked in broadcast since university, Atkins boasts an extensive knowledge of the industry and its associated technologies.

He was Technical Director at Screen Subtitling from its inception in 1991 until he founded Suitcase TV in 2000.

Atkins saw that advances in technology would allow the fundamental components of a broadcasting station to ultimately fit into a suitcase.

In the same spirit, he continues to lead on the development of broadcast technologies that are innovative, compact, efficient, multipurpose and, above all, cost-effective.

Drawing on his years of experience and creative ideas, Atkins provides the inspiration and technical know-how behind cutting-edge solutions that are being used by tier-1 broadcasters around the globe.

He is passionate about bringing young new talent into engineering and specifically broadcasting, and has close relationships with several universities.

Throughout the year, he plays a crucial role in recruiting undergraduates on vacation work and placement years so that Suitcase TV can provide real-world experience and inspiration to the next generation of talent.