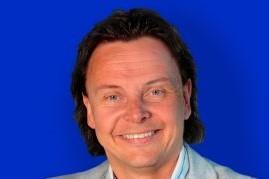 “Fundamentally we are creating a mirror world, which is some kind of odd mixture of the digital and physical world and the way they are interacting,” he explains.

As a self-confessed “Silicon Valley person” whose passion is technology first and strategy second, Tirri has a broad background and business experience on a global scale, driving technology products with expertise in cutting edge developments. Research and innovative operations for 5G and IP sit among immersive and mixed reality tech.

The team at InterDigital are working across the globe with labs in Palo Alto, California, and Rennes in France, where IBC365 toured the company’s labs and met Tirri. He explains: “It cannot be understood as always representing the physical world because it is a digital entity that is somehow related to the physical entity.”

More than 350 engineers are employed in R&D centres in New York, London, Paolo Alto, Rennes, Montreal, San Diego and Philadelphia, with a further 200 employed as support staff, including 40 who work on patents across the converging video and wireless industries. The company itself licenses patents and does not actually make products.

Tirri says taking talented people and organisational strategy to create something new is the company’s goal with each research lab hosting very different projects whilst collaborating together, and with “not many firms pioneering industry research,” Tirri is well suited to drive the organisation forward, running around 100 projects concurrently.

He previously worked as a professor at the University of Helsinki, as well as telecoms vendor Nokia. He was headhunted to join Harman International, where he was corporate CTO before he joined InterDigital.

Tirri now heads the R&D wireless side of the business as well as Technicolor, after the firm acquired its research and innovation unit last February.

As part of the transaction, InterDigital confirmed it would deliver R&D services to Technicolor and would support Technicolor’s continued leadership in immersive technology.

It has been a pioneer for decades on wireless mobile technology boasting more than 9,800 patents with some 30,000 contributions to global standards for 2G, 3G and 4G technologies as well as 3GPP’s 5G movement.

From 4G to 5G and beyond
The possibility of 5G enhanced connectivity has been floated about for years now, with its application most notably applied to amplify immersive experiences and video compressions.

Tirri says: “On the wireless side we are working on the network in the lab, ML and 3GPP radio technology and parts of 5G are leading the way for a future for 6G.”

However, he adds: “Nobody knows what 6G is; we do collaborate in Europe with the 6G consortium in Finland which is very future-looking.

“6G is a concept name for what comes after 5G but the demands for 5G have not been met yet and we are still in the 5G rollout phase,” he continues: “We are already seeing ML and virtualisation being in the wireless technology innovation, 6G will absolutely have concepts that have ML integrated and people are agreeing on those components.”

However, the technical specifications of 6G including terahertz has not been fixed: “We could argue the 6G related work is the future for radio but we can’t call it 6G.

“I see it as the future evolution of wireless – beyond 5G – which indicates it is something that is not going to be in our view of what we today consider 5G is.”

Is it too soon to talk about 6G?

InterDigital vice president of wireless and internet technologies Alan Carlton tells IBC365 it is “absolutely not” too ambitious to discuss beyond 5G. 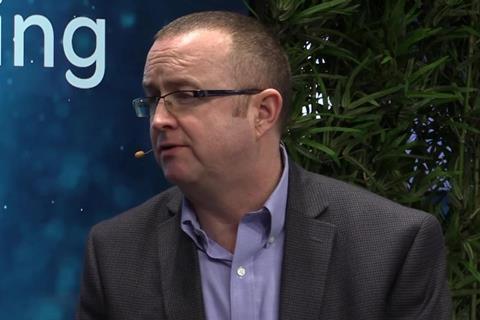 He says: “Beyond 5G research per the definition provided started several years ago and standardisation of it in [3GPP] Release 17 is already well underway.

“6G is still a long way out but momentum is gathering in the industrial research communities. This is all very much aligned with historical precedent.”

In 2009 to 2010 5G research really began to gather momentum and a decade on, we are now starting to see the deployments of 5G rollout.

“It would seem the same pattern is repeating now though I expect 5G to stretch this cycle out a bit. It is supposed to be the most flexible generation after all, so hopefully, that buys us a little more time to work out what 6G might be.”

As of today, all the major US carriers have limited deployments of 5G in a variety of forms and configurations across tens or so US cities, which reflects the rest of the developed world.

Carlton explains: “Beyond 5G starts with the work in 3GPP Release 17 and Release 18. Including, these two releases, I would expect there to be at least seven 3GPP releases of 5G and beyond this, then maybe we start talking 6G.”

Once 5G delivers on its promise, which is “a lot more than just enhanced mobile broadband” Carlton says: “Interesting to note that there is no wireless capability on the planet yet that could acceptably support 8K video.

“This puts 5G in some perspective. The use cases being cited for 6G include holographic communications, telepresence and MR, and multi-sensory extended reality (XR) so new media and entertainment experiences will still be very much a priority.”

“5G is supposed to be the most flexible, software driven generation in history. If, for whatever reason, this is not accomplished then surely 6G will finish the job, possibly ending any further traditional generational evolution.

“What comes after that will hopefully be an endless set of software driven upgrades but we will have to wait and see.”

Computing goes to the edge
“We are moving to this oddly digital world,” Tirri adds: “I don’t like the word digitalisation.”

Explaining the digital movement is like “bits eating atoms eating photons,” pointing to sensor communication, computing pushing into edge computing and the value of data to make decisions, he believes the research and innovation are key in success for the future.

“Visual technologies and fundamental wireless technologies form codecs and architectural developments, infrastructure networks and radio networks,” is where the R&I focus is currently, however in saying that its core business moves in monetisation cycles.

“We are working five-plus years ahead and what we are developing now for 5G was studied in 2014 and that’s with 5G deployments starting in 2020, we are at the very early stages of 5G.”

He points to his experience working at Nokia, “MR was a term that was introduced by Nokia research.

“AR was already demonstrated by Nokia 2004 in a handset but it was not successful because technology was not there.

On approaching its methodology and logic behind R&I, the business works on its portfolio and innovations necessary for standardisation and industry adoption.

“We follow a standard research view that you invest in the way of approximately 70-20-10, where 70% goes to the core,” which is video, wireless research on 3GPP as well as the forward-looking standard work. “We do the things we envision that will be at the very heart of our business.

While the 20% focussed on “new emerging adjacent areas but substantial technologies like virtualisation, edge, cloud-related communication and work on augmented and mixed realities (AR/MR).”

He adds: “The last 10% is totally on exploratory where we examine particular aspects of quantum computing and how the radio technology plays a role.

The company ethos “is all about people and talent and everything else comes secondary,” he says that “innovation management is an odd term,” however, one that is aptly suitable for this strategy of harnessing a vision, leading staff and offering enough freedom to define the research.

“You need external ways of understanding that you are addressing real industry problems with standards organisation and companies to partner with and the potential users of technology for collaboration.

He adds: “It keeps you honest in solving real-world problems.” 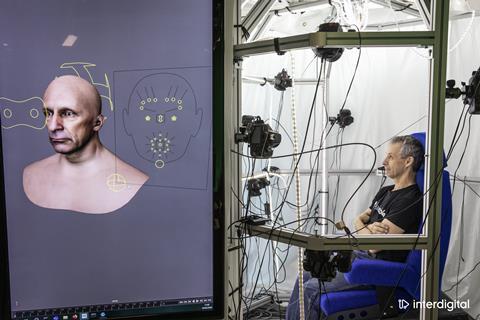 Digital double: An illustration by InterDigital on immersive double

Digital disposition
The fundamental shift from hardware to software has seen the industry enter a new era of computing and standardisation, which is a key component of InterDigital’s business acumen.

“You have to play the game of standards, participating and driving the contributions and innovating on the topics.”

While other partners actively search for standards, InterDigital works to collaborate and drive research into creating patents and having meaningful innovations.

Explaining that academic collaboration is natural for research, however, IP and patenting are done differently with more governance.

Tirri says: “All aspects of the work and the aim is to build organisations to utilise all of this and work following common rules.

Discovery of data
With 25 years in academia Tirri is no stranger to innovative technologies, while immersive tech has hit the headlines in the last few years, he says: “AI and ML is not a feature or a new technology it is a new face of computing and new era of computing and like the same way we had hardware and software came to create more complexities.

“AI is doing the same for software and what we have learnt to do is program things by writing it and employing computers or device to whatever function is needed.

He continues: “Having developed a software that modifies itself by learning, AI technologies have made progress at different speeds. 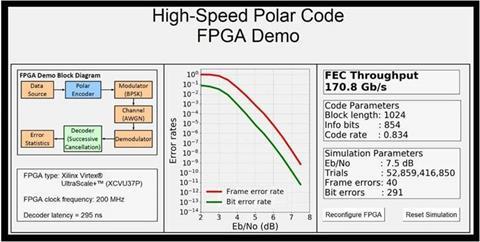 “Certainly, things are easier and if one was deeper thinking, related to research and its capabilities to data sets and visual recognition has evolved a lot in recent years because of the access to the data.”

AI is pervasive, Tirri adds, as it’s the new era of computing which excites him with undoubtedly some kind of standardisation set to happen so it becomes a de facto or formal standard.

He says: “AI and ML methods will initially inject themselves to existing standard processes, obviously you can improve video compression from deep learning (DL) and certain communications with wireless by DL and existing standards process starting to adopt these.”

With new opportunities come new areas of questions, he adds: “This happens only every 20-to-30 years in computing. We are at the beginning of new era and quantum computing is fundamentally changing research.”

Past, present and future
InterDigital by nature is a company that “monetises that innovation by licensing,” Tirri says.

With a long history in wireless, its expansion into R&D is central to its drive into the mirror world.

“A lot of things that have both aspects to build a solution.”