Microsoft is putting media and entertainment at the top of its agenda, according to GM of worldwide media & communications Bob De Haven, who spoke with Adrian Pennington.

The cloud had already reached a tipping point for the media industry before Covid-19. Now the pandemic has sent it into over-drive. That’s the message from Microsoft which has put media and entertainment (M&E) at the top of its agenda. 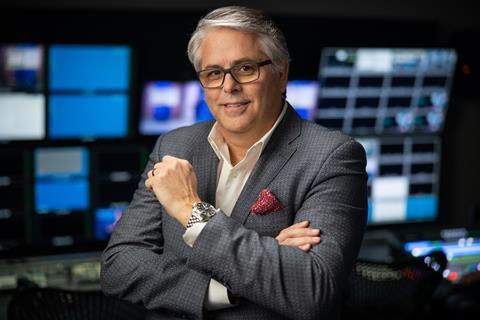 “The media and entertainment industry is changing faster than before,” says Bob De Haven GM of worldwide media & communications at Microsoft. “OTT and the ability to reach consumers directly is making all content producers more powerful. We want to help accelerate that transformation by giving all content creators a chance to express their views regardless of location or resources. For creatives to have these resources at their fingertips no matter where they are, enabled by the cloud, will be game-changing.”

Microsoft is a late entrant into a space in which Amazon, Google and Apple have all made headway but unlike these tech giants, Microsoft has an ace up its sleeve.

“We don’t have content so we don’t compete,” De Haven says. “We are a platform company. We are not in the business of content creation.”

Aside from Xbox, Microsoft has no direct to consumer business in media. That puts it at a competitive advantage when talking to major content owners about innovating in the cloud.

And it clearly makes a very compelling argument.

A year ago, Microsoft announced a five-year innovation partnership with The Walt Disney Studios to pilot new ways to create, produce and distribute content on the Microsoft Azure cloud platform. Through The Walt Disney Studios’ StudioLAB, the companies pledged to deliver cloud-based solutions to help accelerate innovation for production and postproduction processes, or from ‘scene to screen.’

Microsoft is also working with global production company Technicolor to empower creatives with new ways to work in the cloud.

Those pacts were followed up last month with partnerships to bring Universal and DreamWorks Animation into the future of cloud-based live-action and animation productions. Universal plans to use this new capability on Azure to enable easy remote production collaboration, asset reuse, and ubiquitous compute and storage to empower its creatives to do their best work.

“IBC was critical in framing the discussion,” says De Haven. “At IBC2019, IBC set up a session with Movielabs and the CTOs of the major studios and they pushed the dialogue between the studios and the global cloud providers. I sat in the audience with members of the Azure engineering team listening to how the industry needed to evolve. The partnership with Dreamworks and NBCUniversal is a direct result of that session and the innovation it outlined.”

MovieLabs itself believes the timeframe for parts of the 2030 Vision has been accelerated in recent months but issues remain. The Sony Pictures hack of 2014 continues to prey on the minds of executives in Hollywood.

“High level security in the cloud has created hesitation but this is changing,” says De Haven. “The lack of a standards body in media has also been a hindrance to adoption which is why Movielabs’ data protection initiative is key. What the film and TV business needs is the flexibility to share with multiple clouds. That requires standards which is where Movielabs can lead.”

De Haven’s colleague, Jennifer Cooper, Global Head, Media and Communications Industry Strategy and Solutions, says the need to build up IT skills is a critical hurdle to overcome. “The movie business has been doing the same thing the same way for over a century. Production and distribution processes are still largely linear. When you host data in the cloud it opens up new opportunities to streamline workflows and to edit, color or mix content with talent located anywhere across the globe.” 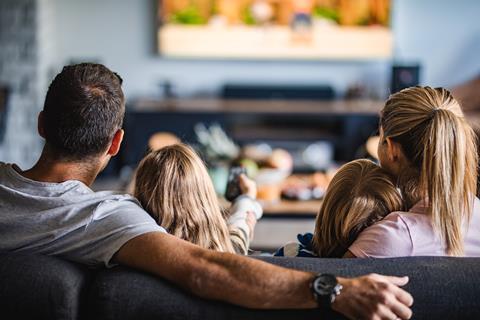 Another super-charged trend identified by De Haven and Cooper is a fundamental shift in a brand’s relationship with its fans.

A reference case in this regard is the National Basketball Association’s (NBA) use of a new Together Mode in Microsoft Teams to place basketball fans courtside in a virtual experience during live games. The technology uses AI to segment the face and shoulders of fans and place them together with other people in a virtual space.

The NBA is using this new Microsoft Teams mode combined with 17-foot tall LED screens that wrap around basketball arenas to put fans back next to players. More than 300 fans are able to react in real time in these virtual stands, and players are able to see and hear the reactions.

“This new experience is the first to go live as a result of a new NBA / Microsoft partnership which will see Microsoft leverage AI and cloud to deliver enriched experiences not just suitable for safe distancing under Covid but which will be engrained in how we experience live events going forward,” says De Haven.

He observes that media companies are rethinking their direct relationship with their audiences using a whole array of channels. From screens on your home washing machine to a hotel elevator, sensors in the IoT will identify you and bespoke video can be sent directly to the screen bringing closer engagement with brands.

Looking further out, De Haven and Cooper predict more and more interaction in storytelling. It’s a future where everyone is digitally bound to one or more device and where content creators will conjure narratives with the consumer as part of the story.

“We’ve already seen pioneering content originals giving the viewer the choice of alternative story branches. With every screen, a TV in your hand, and an ultra low latency high bandwidth always-on connections, only the imagination is the limit” said Cooper.

These types of applications presuppose that the infrastructure needed to support it is rolled out. To reduce latency the compute resources need to move closer to the sensors, to the data origin, to the users - to the Edge.

“This is the holy grail for all service providers and there’s a massive race to create the Multi-access edge computing (MEC) infrastructure,” De Haven says. “However, what the Edge means differs from person to person. It could be a hospital or a production studio or sports stadium. It could be your phone or even a camera on a studio lot.”

As an example, a carrier like AT&T, T-Mobile, Verizon or CenturyLink could put a 5G device in a production studio. It has AAA security. It has AI. It can transcode rushes. All of that compute power does not have to go back to the cloud but is performed locally with Azure, smashing production times and leading to more intuitive creative decision making. 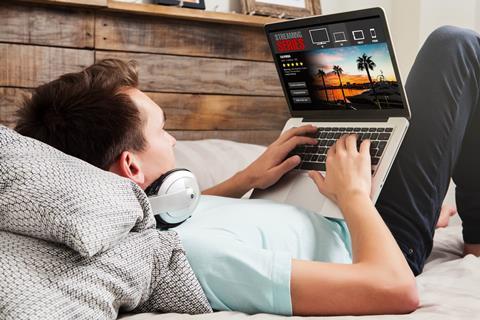 Content delivery: “With every screen, you have a TV in your hand”

Ubiquitous video and emerging applications like VR/AR are not just limited to M&E of course. They are being adopted by companies in all sectors as the mainstay of corporate communications and the most direct interaction or personal voice that brands have with consumers and vice versa.

“We think the Studios will be a huge influence on the enterprise space,” De Haven says. ““Workers in industries like health and government are able to see the power of tech driving transformation in media and in turn they will influence change in their industries.”

M&E is 10 figure dollars in business per year in revenue to Microsoft, a fraction when compared to the record breaking $125 billion in total revenue delivered in 2019. Nonetheless, the sector is increasingly important to the company.

“We made M&E a priority industry two years ago and it remains absolutely front of mind for Satya [Nadella, Microsoft CEO] and the senior leadership because it is so influential to how the world is evolving. We think it is the enabler to digital transformation across many industries”

He has been in his current position for eight years having joined Redmond in 2004. During that time he has facilitated a major media partnership between Microsoft and the NBA and drove a transformational production concept of Cloudified Production with Disney Studios.

He was also instrumental in securing a partnership with AT&T, resulting in the biggest deal in Microsoft’s history. AT&T will work with Microsoft to apply technologies, including cloud, AI, and 5G, to improve how people live and work today and in the future.

Day to day, De Haven leads the company’s primary strategists with a visionary perspective for media, entertainment and telco, combining Microsoft’s mission and principles to act as a champion of digital transformation in tech for Microsoft customers.

As a liaison and sounding board for Microsoft’s partners, De Haven supports their digital transformation journeys, addressing industry challenges, and solving them with the Microsoft team.

He backs this with 30 years of field sales leadership; successfully achieving consistent growth and results from positions within Microsoft and previously at Sun Microsystems, Patient Care Technologies and Altos Computer Systems.

He says, “Over the course of my career, I’ve built strong relationships with a global community of leaders and decision-makers. This has helped me grow professionally and secure significant wins for the company.”

De Haven also sits on the Board of Directors for the TM Forum (Tele-Management Forum) the largest Telecommunications industry business and standards body.

Understanding Your Audience: Engaging and retaining your fans in these dynamic times - 12:00

Hear the panellists discuss the challenges the sports and entertainment industry faces today as fans demand more attention and need more encouragement than ever before. They will delve into how they leverage a digital strategy and technology that allows every member of their organization to interact with their fans in more personal and impactful ways than ever before.

Join Hanno Basse, Microsoft Azure CTO for M&E, and leaders from Avid, Walt Disney Studios, Universal Pictures, Technicolor, MovieLabs as they discuss the evolution of content creation workflows, the role cloud + edge technologies can play and the work they are doing to help the creative community, create.

Optimizing Content Delivery –Looking at the direct-to-consumer future that’s arrived ahead of schedule - 14:00

Join David Sayed, (Principal PM Manager, Microsoft), and leaders from Verizon Media, MediaKind, Harmonic, Haivision and Telestream as they discuss how the cloud, AI toolsets and a dynamic distribution framework allowed for delivery businesses to absorb the demand spike driven by COVID. Furthermore, the shuttering of movie theaters is only driving the need for consumers to have at their fingertips, all the content all the time.