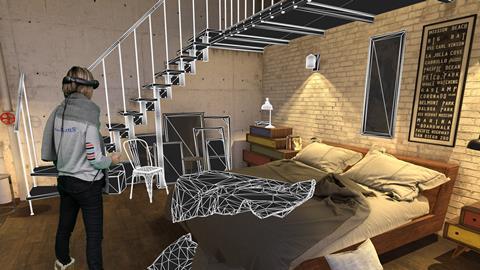 Industry parallax: Is immersive the key?

Could immersive media technologies such as volumetric video, photogrammetry and 3D experiences be the future for the media and entertainment industry? Alana Foster speaks with InterDigital’s Gaël Seydoux. 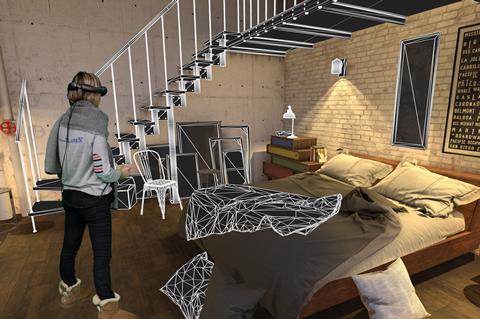 “We expect in five years from now that filmmakers will be experimenting with stories inside an environment with assets inside a brand,” Seydoux tells IBC365 on location at InterDigital’s headquarters in Rennes, France.

Building technologies for creators to develop stories and harness a powerful and seamless user experience (UX) “is what we do,” he explains, discussing the creation of immersive technologies that attach to IP and technology in a way to leverage stories with actors and partners.

InterDigital has more than 350 engineers that are employed in R&D centres in New York, London, Paolo Alto, Rennes, Montreal, San Diego and Philadelphia, with a further 200 employed as support staff, including 40 who work on patents across the converging video and wireless industries.

The company itself licenses patents and does not actually make products. It has been a pioneer for decades on wireless mobile technology boasting more than 9,800 patents with some 30,000 contributions to global standards for 2G, 3G and 4G technologies as well as 3GPP’s 5G movement.

Catching up with Seydoux since the global pandemic spread around the world, he explains: “The necessary social distancing and confinement that Covid-19 has brought has shown how we could all benefit from enhanced communication tools, for example, more immersive applications with parallax to better communicate with each other.”

The firm has been working on advanced immersive applications, particularly in the area of volumetric video which allows a full 3D experience for users.

He adds: “In terms of our own working practices, we are naturally doing more video conferences and sharing via email.

“Our key priorities have been and remain pursuing our portfolio of projects dedicated to greater ‘immersiveness’ and better reality presentation. We believe these will have a mid to long term impact, so our ability to engage in development from now through H2 and beyond will be critical.”

With people looking to keep occupied and entertained during lockdown, there has been a significant increase in gaming. 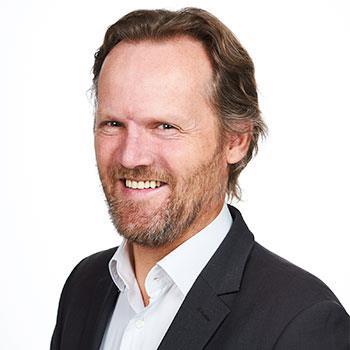 “This is impacting server bandwidth and highlights the significance of our development of a fast edge/cloud gaming solution,” he continues: “We will continue to apply our expertise in developing streaming and compression technologies to improve these solutions.”

Immersive entertainment
During the tour of InterDigital’s lab earlier this year, IBC365 saw various futuristic applications and technologies currently being deployed across experimentation within the lab. The capabilities of CGI video rendering, digital avatars, mixed reality (MR), light field and volumetric video as the ultimate user experience and virtual production opportunities were among those showcased.

The potential of augmented video for immersive experiences and futuristic innovations to mixing realities can enhance content experiences in an unparalleled way.

Seydoux says: “We have developed a volumetric format to bring the end consumer a better immersive experience. This new volumetric format (called MIV in the MPEG standard) will leverage legacy video distribution standards but enhance the content in virtual reality (VR), and more generally in any device with full immersion.

“We now want to see content creators develop the content for it. As soon as we can, will be demonstrate this technology at international events.”

Seydoux leads the immersive lab team which is responsible for developing immersive media technologies that include virtual and augmented reality (VR/AR), light field, real time VFX and other technologies that are transforming the way consumers experience content and entertainment.

He manages a team of engineers and scientists dedicated to supporting technologies and IP offerings that bring emerging immersive experiences to market.

Last February, the firm acquired research and innovation unit Technicolor and as part of the transaction InterDigital confirmed it would deliver R&D services to Technicolor as well as support Technicolor’s continued leadership in the immersive space.

He has led teams for films and TV series on projects that include: Insektors, Batman Begins, Asterix and Obelix: Mission Cleopatra, Immortal ad Vitam, Alien vs. Predator, Harry Potter and the Goblet of Fire, Captain Scarlet, and Crimson Rivers.

He also had experience in the gaming industry where he worked on technical and creative roles for Sony and Ubisoft.

His passion is looking behind the tools for a creative solution for the motion picture industry. 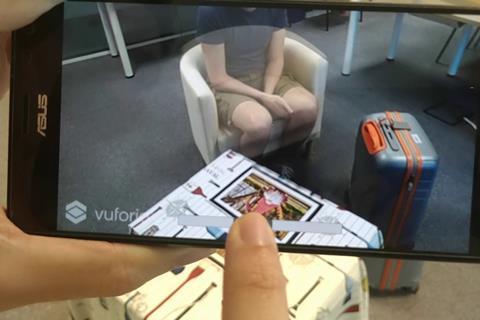 He says: “Creating new tools to achieve VFX and combine virtual and real images is exciting to leverage the cost with those technologies.

“It takes less time to build an image using this technology and is usually completed half automatically and half manually.”

A traditional VFX pipeline is built on a set of software with the third render and the image sent to the cloud and local render to calculate and render. However, using real time engine being developed in the lab, filmmakers are able to build the shot in almost real time which will allow crew to interact faster.

The firm’s immersive pipeline “looks at technology from a UX perspective”. Seydoux says technology driven without a use case will probably fail.

He points to light field technology which Technicolor began experimenting with six years ago on its portfolio around light field IP.

“It brings immersiveness beyond the ordinary. Light field is volumetric viewing and so audiences get a sense of immersiveness and parallax effect is to given the user,” he continues: “Some experiences of this have never be seen before.

“That is how we are working and trying to see how the use cases need to be compelling. Presented to several partners and one is a stop motion production company,” the reception has been positive, he says.

The immersive lab team installed a light field rig for shooting. “We were really interested and happy with it and have many use cases to bring to the public but I think it is very important we don’t think about technology by itself but the use cases associated with these advanced.”

”Creating new tools to achieve VFX and combine virtual and real images is exciting to leverage the cost with those technologies. “It takes less time to build an image using this technology and is usually completed half automatically and half manually.” - Gaël Seydoux

On the takeover, Seydoux adds that the “closeness with the wireless team make it a better place to be,” notably on the innovations around video technologies for broadcasting images to the user through streaming technology.

“Inside the smart phone we need the wireless capabilities that 5G and 6G virtualisation offer.”

Facing the future
With the current global and economic challenges, Seydoux says: “Our model hasn’t fundamentally changed – we develop intellectual property for new technologies that we contribute to standards to eventually be deployed worldwide.

“That IP is then licensed, and we can tailor technologies to meet specific device configurations.”

The team are still attending standards meetings, and are travelling to show demonstrations, performing software transfer and sign deals, however, he adds: “These are areas that Covid-19 obviously slows down.

“We hope we can safely but quickly exit this situation to move our technology faster to market.”