Ten years after it was established with the goal of managing and developing Qatar’s presence in space, Es’hailSat is going from strength to strength, Commercial Vice President Hamad Al Mannai tells David Davies. 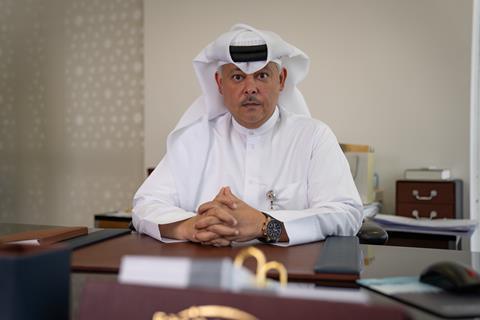 The continuing strength of the MENA satellite communications business is very evident in the story of Es’hailSat, the Qatar Satellite Company, over the past decade. Established in 2010 with the objective of managing and developing Qatar’s presence in space, the company provides advanced satellite services to broadcasters, businesses and governments in the MENA region – and beyond.

The successful utilisation of both the Ku-band (in the 12-18 GHz frequency range) and Ka-band (26.5-40 GHz) has been fundamental to Es’hailSat’s development. The company’s first satellite – Es’hail-1 at 25.5° East – became operational in 2013, and supports leading regional broadcasters such as beIN SPORTS and Al Jazeera. It was followed by Es’hail-2, which began its commercial service in early 2019 at the 26° East orbital position.

Es’hailSat’s Commercial Vice President, Hamad Al Mannai, says that having “both Ku-band and Ka-band capacity at 25.5° East and 26° East hotspot positions has enabled us to provide the region with a host of advanced services including broadcast, telecommunications and broadband.” Moreover, the capacity of the company to cater to different client groups – including sports, news and regional broadcasters – has developed “naturally over time”.

This logical evolution is entirely apparent when Al Mannai outlines some of the key moments in the company’s ten-year history. “There was a strategic decision to start a company and launch a satellite that belonged to Qatar,” he recalls. In a relatively short time-frame, the commercial prospects of Es’hailSat became evident when beIN SPORTS and Al Jazeera came onboard: “Those customer relationships meant that we got off to a strong start, and of course now we have customers from many other countries, including Turkey, Egypt, Kuwait and Oman.”

Today the company’s services portfolio provides scalable technology platforms and solutions via its teleport in Doha. On the DTH side, the Es’hailSat fleet allows viewers to receive a wide range of TV programming, including HD TV, video on demand, and interactive TV. In terms of broadcast distribution, the company offers capacity for key contribution services, such as backhaul from studios for redistribution, satellite transmission from outside broadcasts, and overcoming connectivity gaps in remote or rural areas. 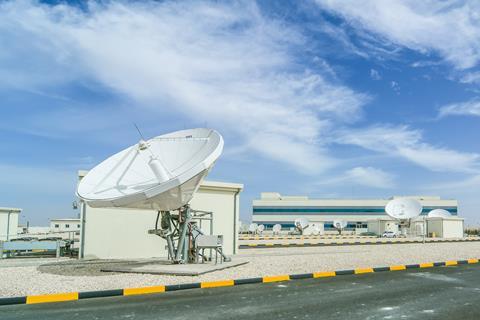 Es’hailSat also provides satellite uplink/downlink services – complemented by a round-the-clock operational support operation – as well as communication links for occasional use, such as major events that may need to be covered in HD and UHD. Examples here might include global sports tournaments as well as elections and other political events.

Al Mannai agrees with the suggestion that the company’s expansive portfolio of services has positioned it effectively in what remains a fast-moving sector. There continues to be a “strong growth in the amount of content – especially sports, news and entertainment – and we are a big part of [delivering that]. We have the right infrastructure to access and distribute quite a lot of content and are continuing to develop our concept of ‘worldwide partnerships’ with other regional and International satellite operators around the globe.”

Along with the major broadcasters, Es’hailSat has also built up an enviable operation providing broadcast services – including playout – to some of the smaller broadcasters. The corporate market, too, has been “another source of growth” for the company during the last few years.

Inevitably, the question of future demand must be addressed when considering satellite services in light of the improvement of domestic internet access in many countries, and most recently the implementation of high-speed fibre-based networks. But while he acknowledges that there will be “more diversification” in the region’s broadcast communications sector, Al Mannai believes that satellite will continue to play an important role: “I think that for a number of key broadcast operations satellite will remain the best choice – and of course there will be a demand for the management of services around that. And there are also likely to be some areas that cannot be reached by fibre, so satellite will clearly remain the main [method of delivery] there.”

Nonetheless, the company maintains a keen eye on new trends in the market. Interest in 4K and HDR distribution is continuing to grow – especially on the sports side – while Es’hailSat has specific plans for OTT: “We are working on that now and believe that it will help to maximise the reach of our customers. I would expect that we will have something to announce in 2021.”

Es'hail Sat"Es’hailSat, the Qatar Satellite Company, is a communications satellite operator headquartered in Doha, Qatar. Es’hailSat was established in 2010 with the goal of managing and developing Qatar’s presence in space. The company provides independent, high-quality, advanced satellite services to broadcasters, businesses and governments in the MENA region and beyond."