Thriving in an analogue Hollywood

Organising people, money and time is Margaret Dean’s mantle. The Women in Animation chief tells IBC365 of the “tremendous” social impact animation as an art form has and the business changes occurring as the virtual pipeline becomes industry standard. 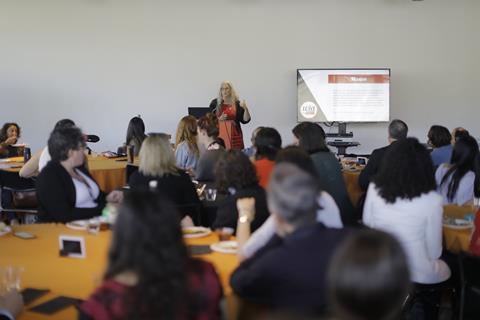 Margaret Dean: ”The interface of managing work and family is a game changer”

It has taken a pandemic to clear the canal waters in Venice, make the air cleaner in China and for production firms to take advantage of technology to move workflows remotely as countries around the globe lockdown.

“Change is not easy to come by and usually it is something external to human beings that forces that change, whether that be a pandemic or a social movement,” explains Marge Dean, who admits she has a “certain pessimism on change” as it is not something often witnessed and almost always is triggered beyond control.

Emmy-award winner and head of studio at anime brand Crunchyroll, as well as president of Women in Animation (WIA), Dean has had a colourful and varied career. From starting out in experimental film to networking at film festivals and working in production management, she is renowned for building and redesigning studios and animation pipelines for some of the largest production houses in Hollywood.

Prior to Crunchyroll, Dean was the general manager of Stoopid Buddy Stoodios, the largest stop motion studio in Southern California, where she supervised production of Emmy award-winning Robot Chicken for Adult Swim and Buddy Thunderstruck for Netflix, as well as being responsible for expanding Stoopid Buddy’s range of work to include 2D and 3D CGI. 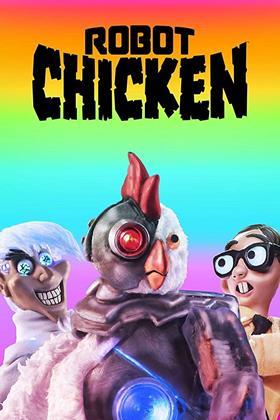 Dean has headed up WIA as president since October 2013 where she has witnessed the industry change and grow with the invention of new technology and dedicated the group to advancing women in the field of animation both behind the scenes and on the screen, to move society forward to ensure women are equally represented.

The group is a primarily a volunteer organisation with a staff of 3.5 full time employees who coordinate and project manage, while Dean acts as the lead to its 4,000+ members which has grown since its inception in 1995.

Dean, who spoke to IBC365 from her Californian home, acknowledged the disruption and chaos caused by the Covid-19 pandemic. However, she pointed to the opportunity remote working could promise for parents, people with disabilities and diversity of talent into the animation workforce.

“The interface of managing work and family is a game changer.”

“Not only having this technology and the existence of this technology but the fact everybody is now using it and is getting used to the idea of working remotely and experiencing what working parents experience everyday – the interface of managing work and family is a game changer,” Dean says.

Working in production is challenging. Dean knows all too well the demands of the industry having cut her teeth in various roles at Columbia-TriStar TV, Warner Bros. Animation, Mattel’s Playground Production, Omation, Technicolor Animation and Wildbrain Entertainment. She says the resistance and hesitation to join the industry – from parents with children, disabled persons and young women coming out of school with reluctance to join the sector – could be overcome now with the embrace of remote working solutions.

Reflecting over the last few weeks, Dean says she has found that “people are finding it possible to work remotely and becoming familiar with this new kind of environment, they’re comfortable which makes it easier to accept and adopt this style of business for those working in production beyond the pandemic,” she notes.

Staying savvy and sane
The animation industry has changed “right before our eyes,” Dean explains.

“Necessity is the mother of invention and people are coming up with some amazing creations to keep things going and getting things done.”

On a personal note, she used a recent open letter to friends of the WIA network to explain how enormous this change has been to her life. Dean wrote: “Because of my age and health challenges, I am completely sequestered. I have people buying me groceries, mailing packages to my kid and not petting my adorable little dog (who’s very confused by the whole thing). 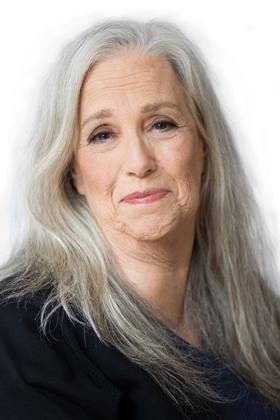 Margaret Dean: Head of studio at Crunchyroll and president of Women in Animation

“I am a fiercely self-reliant woman who has pretty much fended for herself all of her adult life and it is weird to now have other people doing basic things for me. The pandemic is teaching me an important lesson of being open and receptive to care from others.

“But this is true for all of us. Covid-19 is opening our eyes to a different kind of life.”

The additional layer of communication means Dean is twice as busy and recognising how technically savvy she and her colleagues have become. She says: “I feel fortunate there are a number of tools that can be used for communication and people are getting super creative which I find interesting and a silver lining to the pandemic.”

The importance of inclusion despite the solidarity of remote working is “critical,” Dean says: “This is true for all productions, feeling as though you are part of the team and working collaboratively and in sync with a team “because there is not one person or role that is responsible for the whole thing, the collaboration is the essence of how it all comes together.”

Championing women in animation
Back in 2013 the WIA leadership recognised that the organisation was looking tired and needed “fresh blood or to be put to bed” Dean explains. She points to the growth from its 125 members in 2013 to over 4,000 now, saying it is “very impressive and one of the reasons I am very proud of our organisation.”

Currently WIA is working on member feedback and conducting surveys on the state of the industry.

She says: “Something we are moving towards with the Covid-19 situation which has amped up and lit a fire for us, is our intention to move into being a building a virtual community and take advantage of the technology out there to bring people together.”

While Covid-19 might action this change to a virtual environment, it has been Dean’s plan for the last two years with the aim to connective and inspire women working in the animation industry around the world.

“Building a virtual community is phase one, as we are about to branch out and do virtual programming. We are learning a tremendous amount about securely setting up these communities to connect people and get valuable information, insight and have some fun.”

Advice Dean would offer new entrants into the industry as well as her peers is to “be flexible and learn technology,” she adds: “Understand people and different perspectives to help open doorways and portals into the industry.”

“The industry needs fresh blood and how we bridge that gap to help people get into the business is what we need to figure out.”

Working for a technology company – Crunchyroll – has made her realise how “analogue Hollywood is, and how so much happens because of who you know and networking in person,” she explains.

“The industry needs fresh blood and how we bridge that gap to help people get into the business is what we need to figure out.”

WIA: Currently has over 4,000 members and are currently working on conducting surveys into the state of the industry

A pivotal point and juncture is the transition for women leaving the classroom and entering the studio, WIA are working to make a resource to help women enter the industry.

According to the Animation Guild, some 40% of new hires are women, despite only 29% of the jobs today are held by women, “there is a big influx of women coming and its more than likely those retiring are male. We believe our call to action to have 50/50 workforce by 2025 is very possible.”

Changing state of the animation business
Dean jokes about animation being “the bastard step child” of the entertainment industry and often an afterthought to film and TV productions. However, she says despite the Covid-19 crisis “we are still standing and producing and we will continue to do so when the writers’ strike because animation writers are not part of the Writers Guild. Even when live productions stop, animation continues.”

Animation as an industry “often gets side-lined and forgotten about when people talk about movies and entertainment, despite it being one of the big money makers,” she continues. “And the kind of content that makes a lot of money, millions of people watch animation, children all across the world watch animation and the social impact this art form has is tremendous, hitting children and human beings at the early developmental stage – the power of it is amazing.”

On the programming side of the business she said it is tricky to comment not knowing what the likes of Netflix, Hulu. HBO Max and Disney+ have stockpiled and “they could have a vault of animation and live action content.”

The changes the industry is facing has “fortified our position of importance in the entertainment business and things have changed tremendously. Often the growth of adult animation and love and audience out there,” however, she adds: “I don’t think animation will ever replace live action because we will always be seen as a ‘for kids’ or niche kind of content.”

Truly understanding the state of the animation industry has been a focus for Dean, gathering information from Hollywood and beyond. She says: “It seems that per the Animation Guild they have not seen anyone lose their jobs because of the virus. People are flowing in and out of jobs as a freelancer, but those people regularly working are still working, and jobs are ending because the production has ended.”

She adds her conversations with other industry experts has highlighted the opening for recruits seeking new hires, with Facebook and LinkedIn jobs posting pointing to the fact that “big studios are still continuing animation production and they are hiring, not maintaining people for new productions though.”

She says the top tier of networking including Netflix, Disney, DreamWorks and Sony are included in this while, mid-sized studios and smaller indie studios have also not shut down productions because of the virus.

“They are working to continue productions, but real question is will there be more work after that? I want to understand what is happening with development and how long is this going to last, if we are back at work in July, it might be a small bubble but two to three months versus the end of the year in lockdown, I can’t make sense of what that will mean for us.”