Michael Zink of Warner Bros. tells Paul Bray about some of the emerging technologies that are making waves in the media industry, and reveals why he’s excited by the prospect of autonomous vehicles. 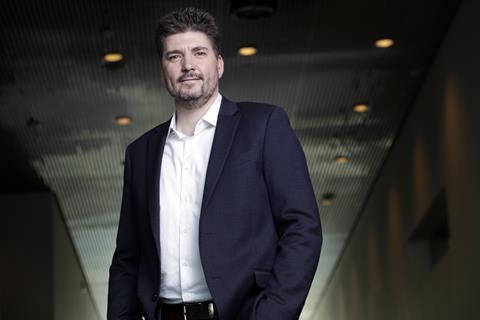 In the ancient world, “may you live in interesting times” was considered a curse. But for Michael Zink, vice president of technology at Warner Bros., it is just the opposite.

“We’re currently living in very exciting times with lots of innovation in different areas,” he enthuses. “One area I’ve been very involved with for more than five years is the rollout of Ultra HD (UHD), including 4K resolution, high dynamic range (HDR), wide colour gamut (WCG) and immersive audio, which have been tremendously impactful in a number of ways.

“From a content creator perspective, they provide additional tools – essentially a much larger canvas for telling impactful stories. Filmmakers have more nuanced ways to use light and shadow or different colours. Images are a lot more lifelike, and they’re more immersive for viewers. Similarly, for sound and music, immersive audio enables filmmakers to pull people much more into the stories to create emotional responses.”

The industry has seen equally significant developments on the display and presentation side.

“We’re seeing new projection and display systems emerging in theatrical environments, different systems that go beyond the standard digital cinema package we’ve all become accustomed to,” says Zink. “It’s very exciting for consumers to get improved viewing experiences in the cinema. The situation is very similar in the home, where 4K HDR televisions are commonplace, leaving consumers with incredible viewing experiences.

“These new TVs are extremely powerful, but they also come with increased complexities and challenges in maintaining the original creative intent of filmmakers. That’s where we (as part of the UHD Alliance) have spent a lot of effort over the past 18 months, developing systems that ensure the creative vision is delivered into the home. At the end of August, we launched the Filmmaker Mode initiative and announced the first launch partners from the consumer electronics industry, LG Electronics, Panasonic and Vizio, who committed to implementing this mode in their future televisions. Filmmaker Mode allows consumers to view movies and episodic television shows the way they were intended in a seamless and easily accessible way.”

Many other emerging technologies are impacting the media and entertainment industry, often related to the way audiences experience and immerse themselves in content.

“Mixed reality, which includes virtual reality and augmented reality, is a great example of this,” says Zink. “While there are many different names, flavours and acronyms, they all have one thing in common – they describe a very different way to engage with content and stories. With mixed reality we’ll be able to further blend real life with virtual worlds, creating very imaginative immersive experiences. Consumers get to engage with content on a completely new level, a lot more actively involved and potentially being a part of the experience itself. Many pieces of these are already trickling into the market but realising the full potential will take a bit more time.

“Another emerging technology along those lines is artificial intelligence. Most current implementations are based on machine learning, which allows us to learn about the environments and the users and make inferences to create much more meaningful and personalised experiences. Obviously, this also requires a lot of security and ethical considerations to ensure consumers are protected, and a lot of great work is already happening along those lines and should continue to receive the attention needed.”

On the move
One market trend that Zink believes could revolutionise the media and entertainment industry is the emergence of connected and autonomous vehicles.

“This will create a completely new environment to deliver entertainment experiences,” he says. “While fully autonomous vehicles may still be far out, connected vehicles are in existence today, and many innovative experiences can be developed and deployed without full autonomy. It’s a very exciting prospect with great potential for delivering new and unique consumer experiences because of many factors working together.

“First and foremost, it won’t be a static environment, as the users will be in a vehicle that’s moving around. Secondly there’s a lot of connectivity in these cars already – all the sensors that enable autonomous or driver-assist functionality, along with GPS and mobile devices that consumers already possess. There’s also an ever-changing environment outside the vehicle that you’re moving around in, and most importantly, much of this information will be known in real time.

“We know where the vehicle is located, cameras and sensors have imagery of the outside world. We’ll know the telematics of the vehicle – is it driving, stopping, turning and so on. All this information can be leveraged to create unique experiences for that particular environment, very unique experiences that users can’t have anywhere else – not in a theatre, not in the home, literally nowhere else.”

If Zink had a dollar for every time he has been asked to identify the next “killer technology” he would doubtless be a rich man. But he points out that it is not necessarily about one technology, but often the careful combination of technologies.

“When we first started investigating UHD, the primary focus was on the increase in resolution (4K compared to Full HD),” he says. “Our goal was to provide a truly differentiated ‘next-gen’ viewing experience for consumers, something significantly better than what was available in their living rooms at the time. After spending much time evaluating the impact of various UHD-related technologies, it became very apparent that HDR and WCG were a lot more visible for consumers than increases in resolution. Furthermore, we realised that the combination of these individual UHD features – 4K resolution, HDR, WCG, increased bit depth and immersive audio – provided an incredible experience for consumers. It was a great example where the whole was much greater than the sum of its parts.”

Zink also believes technology innovations are rarely sufficient by themselves. “They often require changing behaviours in other domains – social, cultural, economic – that together result in something truly impactful in the market,” he says. “Whenever you encounter situations where multiple domains are going through big changes in behaviour, especially when they’re intertwined, that’s the time to start paying close attention.”

There are a number of larger trends to consider, too, such as the ever-increasing amount of available data – not just user data, but also environmental data (cameras, sensors an so on) – along with much more powerful chipsets and faster connectivity.

“All of these will likely result in more personalised and real-time experiences,” says Zink. “Game engines will play a vital role in this, as they allow companies to leverage all this data to deliver exciting experiences in real time. Some glimpses of this can already be witnessed with a few current emerging technologies such as gaming and virtual or augmented reality. It’s not difficult to imagine the expansion towards future automotive experiences. Either way, the landscape will be much more flexible and personalised, with everything happening in real time.”

Lest we get too carried away by the prospect of this brave new tech-enabled world, however, Zink reminds us that ultimately it is only a means to an end. Movies and other content are works of art, and in art what really counts is the quality of the picture, not the frame.

“Our strongest assets are our creative talent, and we’re very passionate about protecting their creative vision,” he says. “We want to provide the best tools so they can fully express themselves and effectively reach audiences. But at the same time, we should do our utmost to ensure their creative intentions are maintained.”

Mike Zink will be speaking at IBC2019 as part of the Beyond the pixel race: Preserving creative intent from UHD and HDR to 8K and beyond panel in The Forum on 15 September 2019. Find out more here.