IBC365 speaks with Emirates News Agency (WAM) Director General Mohamed Jalal Al Rayssi on the challenges and future of the media industry ahead of the upcoming Global Media Congress in Abu Dhabi.

IBC365: What changes have you seen in the media landscape over the past few years? 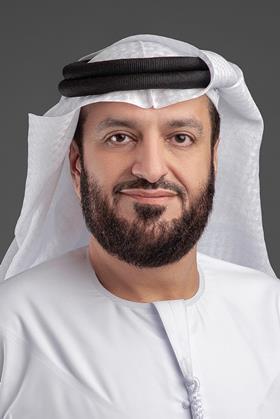 Jalal Al Rayssi: The changes over the recent past, especially the last couple of decades, have been mind-boggling. From the time I was studying media in the US in the early years of this century to the present time, the pace and shape of change has been unbelievable. Traditional notions of media are no longer relevant. From a global perspective, I think the six major changes are:

1. Technological advancements in all areas of media work

2. The advent and diversification of social media and its role in information dissemination

3. The new patterns of media ownership and the arrival on the scene of huge media conglomerates

4. Our ability to engage with news stories and interact with news disseminators anywhere in the world in real time thanks to digital platforms

5. The near exclusion of the not techno-savvy segments of society from media consumption

6. Unprecedented expansion of the media on the one hand and the shrinking of journalism on the other

IBC365: There’s a focus on disruptive technology at Global Media Congress this year. What technologies do you think are driving significant change?

Jalal Al Rayssi: The idea of the Global Media Congress is to bring together media persons from all corners of the world and facilitate an open, serious discussion on what all is happening in the media industry at present, and on how the industry will change in terms of form and content in the future.

Technology will naturally become centre stage in such a discussion because it is the main driver of change in the industry. The word disruptive is not necessarily a negative word. It implies change that shakes the status quo to its very foundations.

I think artificial intelligence, newer techniques of multi-platform news dissemination, and the enormous potential of metaverse and the transformation it will dictate are all among the drivers of significant change in the industry. I hope the Congress will help crystalise the future direction of the media industry in terms of not only technology, but also other vital aspects of this important sphere of global engagement.

IBC365: What other trends are you seeing that could dominate the media industry in the next few years?

Jalal Al Rayssi: It is very difficult to answer this question briefly. As mentioned, the role of Artificial Intelligence will be critical. Another important aspect is the need to develop human resources that are capable of proving equal to the challenges of technology. That I guess is not easy but something that requires close attention from all media organisations.

The most important point to stress here is the need to invest in the potential of youth. Young people today are worldly wise and fully invested in the technological advances. Technology is second nature to them, in contrast to the previous generations. Another trend we need to anticipate is that given the predominant young demographics in the population of most countries, media that do not cater to or are not attractive to youth will prove themselves irrelevant or redundant.

IBC365: What future trend(s) are you most excited about?

Jalal Al Rayssi: I am excited about the possibilities that the metaverse offers, where technology will almost erase the difference between direct physical experience and virtual experience. Maybe I am being overoptimistic, but it is definitely something to feel excited about. As the head of the UAE’s official news agency, my primary goal is to communicate what my country stands for. The development in technology gives me the opportunity to do that without much text, but through visuals, which makes my job easier.

The thing about the UAE is that whatever we want to convey about us to the rest of the world, it is all easier visually than through text. I suppose we are among the rarest of nations on earth where people from 200 nationalities live in harmony and coexist peacefully. We have visuals aplenty to show it, but in a world riven by divisions, any textual representation of the same reality is difficult to convince. In short, we are happy about the changes happening in the media industry, especially regarding the modes of representing reality!

IBC365: How do you think consumer behaviour is changing?

This has been good for both the media and its consumers. For the media, it gives better opportunity to reach out to wider segments of people. For the consumer, it gives him or her the flexibility. Another important change is the way consumers effortlessly adapt to newer technologies. In another generation, this process would have taken years, if not decades.

IBC365: Is there a media skills shortage? And how is the media industry responding to this?

Jalal Al Rayssi: I do not think there is any shortage of skills. Unlike in the past, we have so many media education institutes, training youngsters in all areas of the media. The number of graduates coming out of these institutions nowadays is far more than in the past. What is lacking is not shortage of skills, but insufficient opportunities for occupational training. Once you have graduated, you cannot seamlessly transition into work without adequate training. That seems to be a major drawback in the media industry.

IBC365: How can the media industry ensure that it inspires young people from diverse backgrounds to join and contribute?

Jalal Al Rayssi: Although the question is very simple, its answer is by no means simple. I was looking at a study a couple of weeks ago which revealed that the large majority of top positions in the media industry are occupied by people from a particular demographic. It is indeed a serious problem. Unless you have people of diverse backgrounds and social classes within the newsrooms, your stories can get skewed in favour of one segment of the society and biased against another.

That said, I am happy to note that the media industry in the UAE is an exception in this. We have in our media outlets such a wide variety of people, in terms of nationalities, religions, social backgrounds and so on. Even in our organisation, the Emirates News Agency (WAM), we have dozens of nationalities among our staff. They work closely together with their Emirati colleagues. I agree media industry should inspire young people from diverse backgrounds to join and contribute.

IBC365: Are there particular benefits to in-person collaboration, as opposed to remote?

Jalal Al Rayssi: The answer to this question has to be subjective. As someone who grew up in a very vibrant social milieu, I prefer in-person interaction and collaboration to virtual or remote interaction. The emotional quotient in virtual interactions is almost nil I think, whereas when you meeting someone in person is warmer and more personable.

Maybe I am old-fashioned, but I will choose in-person interaction over the virtual any day. During situations like the pandemic, it is different. We have to depend on virtual mode for the safety of everyone involved.

IBC365: Could you tell us more about the upcoming Global Media Congress?

Jalal Al Rayssi: The Global Media Congress, organised by ADNEC Group in association with Emirates New Agency (WAM), is a multi-faceted event held under the patronage of HH Sheikh Mansour bin Zayed Al Nahyan, Deputy Prime Minister of the UAE and Minister of the Presidential Court. It will take place from 15-17 November 2022, at Abu Dhabi National Exhibition Centre.

It includes a three-day conference focusing on the future of the media, around 30 training workshops for young journalists from across the globe, an exhibition and an innovation hub to showcase the newest technologies in the media industry, and a host of other events. We have invited top media personalities from all continents and a large number of countries. We hope the discussions at the Congress will shed fresh light on the future of the media in all its dimensions.