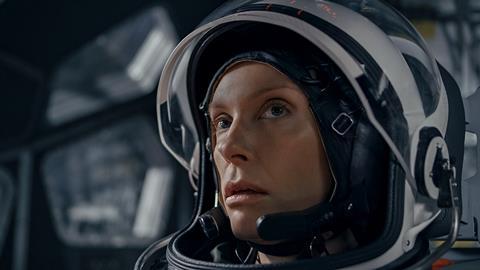 Netflix talks to IBC365 about growing its virtual production facilities and sharing the experience with the industry. 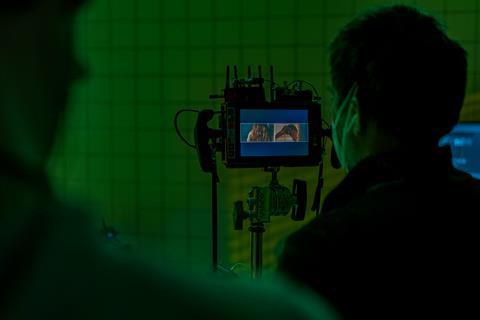 Netflix is investing in Virtual Production stages across a number of locations around the world. Some of these, such as Dark Bay at Studio Babelsburg in Berlin [see below] are being developed in partnership with production partners. By doing this Fowler says Netflix can help establish local ecosystems and growth more rapidly in this sector.

“We feel strongly that these new technologies should ultimately be more accessible to a much broader set of content creators throughout our full slate,” he says. “By taking an active role in the development and deployment of these technologies we’re really getting behind the industry as a whole to move it in that direction.”

In the last year alone Netflix has been leveraging virtual production technologies such as LED In-Camera VFX, simulcam, performance capture and real-time visualization throughout projects such as The Midnight Sky; Jingle Jangle: A Christmas Journey; The Irregulars; Stowaway; Love, Death & Robots; A StoryBots Space Adventure; Biohackers; and Sweet Home.

“These shows have helped us continue to move the needle with respect to new technologies, and as a result of the volume of our original content slate, we’ve been able to iterate on our efforts and push the broader industry forward,” Fowler says. “We see virtual production as an approach to production that connects all parts of the production process (pre- through post), and requires an advanced culture of planning.”

The technology could advance to such an extent that final pixels – that is, the finished picture, could be completed live in the Volume therefore effectively eliminating postproduction.

“‘Final pixel’ is dependent on many factors, but with the right content, preparation and strategy we’re excited to see that a large percentage of shots can and are being captured in camera for certain scenes and sequences,” Fowler says. “However, even with shots being captured fully or largely in camera, the post production process remains the same in many ways, the biggest difference of course being that the editor has material that in the past could have been green screen but is now containing (hopefully) the finished VFX. Effectively this new workstream brings some of the post process forward; it’s not eliminating it.” 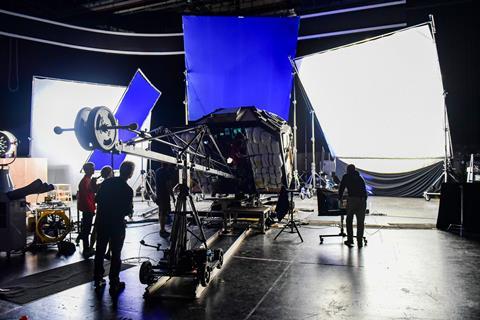 Behind the scenes: Stowaway

While VP applies across all content categories including series, features, unscripted, and animation, Netflix classifies titles that involve significant technical and production complexity, as Digital Production. It uses this term where digital techniques merge with the physical production process (ie. LED volumes), and represent a core element of the creative execution.

“Currently Virtual Production technology at the highest level such as LED stages is at a very early stage in its lifecycle, and hence challenging to execute,” Fowler says. “We consult with productions early on to assess best fit and help develop a plan for the creative, production, and technical challenges that are unique to each title. The goal is to provide expertise to inform production decisions on titles leveraging virtual production techniques.

“The good news is that with more and more shows adopting these cutting-edge workflows, the faster we’ll improve the technology and experience for our content creators. With a number of our productions already engaged, we’re seeing great strides in the efficiency and quality of images these technologies can achieve. Over time, we’ll have more talent, more stages, more opportunities.”

As virtual production continues to democratize and the tools become more accessible to more filmmakers globally (from indies to big budget), Netflix feels it has a responsibility to share those learnings with the community. Efforts such as the LED Field Guide is a collaborative effort to share knowledge with the industry.

In it, Netflix notes three new and emerging roles for virtual productions. The Virtual Production Supervisor role is similar to a VFX Supervisor and serves as the “informed captain” for all of the moving parts within the VP pipeline. A Media Server Operator (or ‘Engine Operator’ in 3D) is responsible for the ingestion and operation of content on set and stages content. They also operate the display of content and positions/adjusts plates on the display. Depending on the scope of the shoot, two operators may be needed. An LED Technician (or ‘LED Engineer’) is required to manage physical set up, movement, adjustment, and tear down of LED wall infrastructure. It’s also necessary to have them on set during the shoot in case of any troubleshooting needs with the LED panels, Netflix advise.

”By taking an active role in the development and deployment of these technologies we’re really getting behind the industry as a whole to move it in that direction.”

Netflix is also exploring volumetric capture – the use of camera arrays to record 3D depth maps of a scene for later manipulation. The technique was used by director Neill Blompkamp to make horror movie Demonic.

“Through the Production Innovation team as a whole we’re exploring this technology with filmmakers now and are excited about the possibilities,” Fowler says. “We’re certainly seeing and experiencing this as another exciting area of opportunity that is already proving to be highly leverageable.”

Fowler has been leading Netflix digital production and VFX projects since joining from New regency Productions in 2016. His VFX credits include 300 (2006), Noah (2014) and San Andreas (2015) and further back Lost In Space (1998) and Lara Croft: Tomb Raider (2001) when he worked at UK facilities VTR and Peerless. He enigmatically lists his education on LinkedIn as ‘Soho, London’.

Dark Bay is the first major initiative from Netflix Production Innovation. The facility, claimed the largest in Europe, is operated by Dark Ways, the German production company which is currently using it to film episodic period mystery 1899. 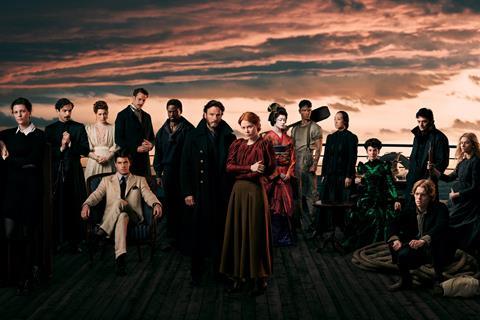 Baran bo Odar, Jantje Friese and the cast of 1899

According to Deadline, Netflix has committed to house multiple series on the stage.

The volume is 55 meters (75 feet) -wide and seven meters (23 feet) -high and surrounded by an LED wall composed of 1,470 ROE panels. It features a revolving stage — a motor-driven 360-degree turntable which allows filming of physical sets from different angles. Rendering is by Unreal Engine, with additional tech supplied by ARRI Solutions Group and Faber AV. Framestore helped design the volume is taking a lead role creating 1899’s VFX.

The series was planned to shoot conventionally on location in Spain, Poland and Scotland. The pandemic derailed this and the show pivoted wholesale to virtual production.

Showrunners Baran bo Odar and Jantje Friese arranged a test shoot a virtual stage at Shepperton Studios. They also spoke with DP Barry Baz Idoine about his experience shooting The Mandalorian. Background plates were shot on location for rendering and playback on set. The team also constructed a significant physical set for their crucial location — a ship — at Dark Bay.

“It’s like if you’re used to driving a car and now you suddenly have to fly a plane. It’s a big, big difference,” Odar told Deadline. “You literally take post-production and make it pre-production. Everything has to be decided beforehand, you have to create it, build it, so it’s all ready to shoot in camera.”

He adds, “You don’t shoot a 360 of a landscape and project it onto LED walls, because [if] you moved in with the camera the projection would stay 2D. It’s about scanning landscapes and turning them into 3D models so if I push the camera towards the wall, the landscape moves with us.”

Friese thinks that virtual production will force filmmakers to conceive of stories differently. “Once you start working with it, it makes you write scenes differently. It allows you to explore things you might not be able to explore on a natural set.”