New business models, and the new skill sets required if platforms are to stand out from the crowd, are two considerations that brought the Saorview Connect box into play.

Billed as “Ireland’s free digital television service”, the free-to-air DTT platform owned and managed by RTE can be accessed via a set top box, or smart TV and allows users to pause, rewind and record live TV. It is set to launch later this year. 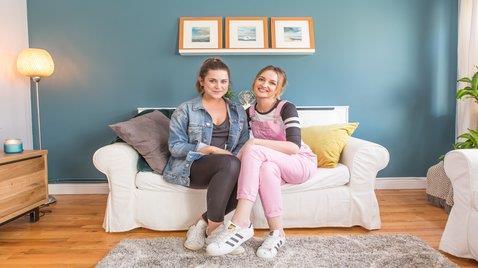 “We knew there was a massive gap between the RTE offer and what other platforms could deliver, so we wanted to develop a technology road map for the platform to close the gap on pay TV,” says RTE Director of Transformation and Technology Richard Waghorn.

“We brought to the market an advanced free offer – a connected box with access to broadband. It is connected via the aerial and there is a satellite tuner [in some Saorview products] to give users access to free to air satellite channels.

“There is also a recording capability,” he adds. “Essentially what we are doing is transitioning from a very basic experience of being a platform that has 10 regular TV channels and a 7-day EPG.”

Waghorn is mindful of the many different UIs users encounter.

“Saorview is formerly a new product with a very nicely designed UI that gives more of a branded feel and more of a consistent experience. It has 20 different features, from access to on demand content to catch-up TV, a rollback EPG, recommendations, and program title search,” he said.

“Then there is the Saorview app. Pair that with the box and you can remote record content. You can also use the app for remote control.”

RTE has created an advanced free product. Next up it will have to continually produce competitive content.

“Absolutely. The big screen in the lounge is where people want to watch content. Ultimately you want to have as much capability as you can get in one box,” said Waghorn. “We are the largest platform in Ireland and it is a free proposition.

“People don’t want to pay for content if they don’t have to, so why should all those features and that functionality only be available for people on pay platforms? One of the strongest propositions with Saorview is no contract. People have access to multiple platforms and they are moving around, so we have make Saorview stand out within that mix,” he adds.

In a very competitive market RTE plainly does not have the same resources as the likes of Netflix, Amazon and Sky.

‘But we know we have a strong product. It is crucial that we sit in as many homes as possible,” said Waghorn.

“Clearly there is so much choice in the market now that consumers are increasingly looking to go a la carte and get their entertainment across a number of devices and from a range of suppliers.

“Ireland is a relatively small market, yet we have four pay TV platforms (satellite, cable and IPTV), plus Netflix and Amazon Prime and free to air broadcast options, including Saorview,” he adds.

“Whilst Saorview has the least number of channels on offer, it has the highest number of homes.”

What new technologies is RTE looking to deploy?

”We have been experimenting with 360-degree video and VR, trying to identify what the added benefits are for consumers.”

“We have built our own private cloud which already delivers significant operational and workflow efficiencies, and which has allowed us to reduce operational costs.

“We are following a hybrid strategy, and we are increasingly using the public cloud for a range of services and applications,” says Waghorn.

“We are also developing a single storage environment to service long-term storage needs and to facilitate the digitisation of archive content.

“We are keeping a close eye on the move to full IP, and whilst full migration would not be practical now we are looking at undertaking a number of proof of concepts for disaster recovery using IP. One intention is to use those trials to develop our skills base,” he says.

“We have been experimenting with 360-degree video and VR, trying to identify what the added benefits are for consumers. However, it is clear that the traditional linear channel business model will not be under threat from VR and 360-degree content anytime soon.” 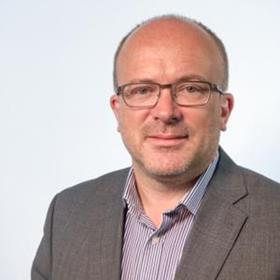 Director of Transformation and Technology, RTÉ

Richard Waghorn is Director of Transformation and Technology at Raidió Teilifís éireann (RTÉ), the public broadcaster in the Republic of Ireland.

Since joining RTÉ five years ago, Waghorn has led the consolidation of RTé’s technology operations into a single division and overseen the optimisation of the technology environment, including the build of a private cloud, the HD upgrade of studios and playout, and the digitisation of content and workflows with a new CMS and collaborative tools.

Waghorn has recently taken on additional responsibilities to support transformation across the organisation. Waghorn is the product owner of Saorview, the free-to-air DTT platform in Ireland and has led the strategy and development of Saorview Connect.