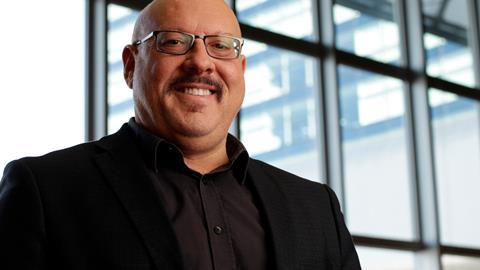 OTT: The next generation

Seth Shapiro, Emmy winner and CEO / founder of Alpha Networks, is preparing for the launch of that company’s blockchain – enabled entertainment platform. Exposing viewers to underappreciated content from foreign markets is just one of the things the offering will focus on.

A veteran of the entertainment business, Seth Shapiro’s Alpha Networks is on the cusp of delivering a content-packed alternative to the likes of Netflix and Amazon Prime. 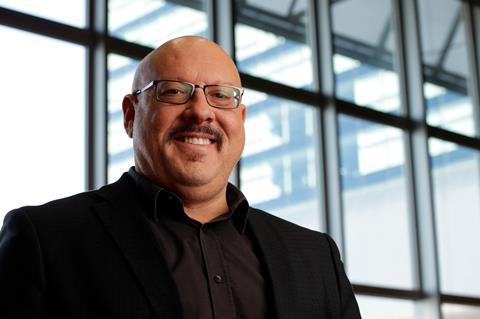 So what sets this service apart from the pack?

That can be boiled down to a single now-famous word: ‘blockchain’.

Speaking to IBC365 before his IBC2018 session ‘Blockchain in the next media age’, Shapiro said: “Obviously, the future of the media business is moving towards streaming services. That’s really where the growth is.”

“What we are building is the next generation of OTT streaming services.”

Shapiro is confident that Alpha Networks’ use of blockchain technology will provide a better deal for both content creators and consumers.

This is thanks to data being always-visible via an open digital ledger, not hidden behind the walls of an opaque platform. Additionally, consumers will only pay for what they specifically want to watch.

“This is a blockchain-enabled streaming service that allows for the business models of all the various players,” Shapiro says. “From advertising-driven, to transaction-driven, to subscription-driven - it’s all on one platform.”

“It’s connected to the blockchain, so we can create a distributable, unalterable record of every act of consumption. The major subscription services that are currently in the space don’t necessarily provide a lot of data back to content creators.”

“Part of what we do is create a very deep, analytic dashboard, and align ourselves to help the content creators. We can help influencers and producers grow their business by giving them better data regarding who is consuming.”

However, Alpha Networks is entering a realm where major player spends on content are reaching astronomical heights. In May, it was reported that Netflix could spend up to $8 billion on content this year.

How can Alpha Networks hope to compete?

IBC2018: Blockchain in the next media age

Crucial commissioning
For Shapiro, making the right decisions on original content means looking at the data for guidance, but also working with the kind of collaborators who can make truly exciting content.

“Part of it is going to be about going after genres and content areas that we think are underrepresented,” he explains.

“For example, there’s a whole series of genres [that are popular] in Asia that we think are underrepresented in the OTT space. We also think the existing models for financial news and information are somewhat dated. Those are specific areas that we’re interested in.”

Shapiro will make full use of his 20 plus years in the US entertainment industry to pinpoint the individuals that can help Alpha Networks bring these ideas to fruition.

“For example, we have partnered with Radical Media in LA, and they’re one of the most innovative companies out there. They’re the number one producer of high quality commercials, but they also have the best roster of documentarians in the world.

“So when we’re thinking of tackling a particular area, we really think ‘What is going to make this interesting for an audience?’”

“Not just another repetition - we’re trying to tell stories in different ways based on where the world is going. We don’t want to repeat the format.”

In a world where the demand for great content is constant, Shapiro is confident that this platform can carve out a major place at the table.

“The major players have been doing this for some time, and they have big budgets which is great, but we think that there are tremendous amounts of other content areas that haven’t been fully delivered on yet.”

‘The term AI has been used for so many things that’s it’s almost a garbage term now. Every half-baked tagging service in the industry is trying to pass itself off as ‘AI’.’

Korean lessons
Shapiro’s appearance at IBC2018 followed a successful trip to South Korea, a country which is central to the early stages of the Alpha Networks platform. Shapiro spent time both meeting investors and reviewing the content culture.

Shapiro describes the overall quality of programming being produced there as being of a strikingly high quality.

“I have to say, the Korean content community has been extremely impressive. The quality of what they create is excellent. Their model is very disciplined and there’s a good media culture.“

Shapiro views Alpha Networks as a massive bridging opportunity, with the pure appeal of great content overcoming a lot of long-standing assumptions about national audiences.

“I think Asian content does represent a significant opportunity. As a company with very deep relationships in the Los Angeles content community, we’re very excited about creating joint ventures and content co-productions with Korean companies, where the Hollywood guys bring what they’re great at, and the Korean companies bring what they’re great at.

“Audiences are already increasingly globally. The idea that the German audience, for example, is completely different to people in Korea or Canada [doesn’t work].”

This reframing of national markets can be further capitalised on by the utilisation of new AI tools that can truly dig into deeper patterns of consumption.

“The term AI has been used for so many things that’s it’s almost a garbage term now,” he says. “Every half-baked tagging service in the industry is trying to pass itself off as ‘AI’.

“However, meaningful systems that can intuit and extract the identifiers, descriptives and aspects of video assets are going to fundamentally alter the way media is viewed and monetised. It’s an enormously exciting area.”

Shapiro is also taking aim at the “bloated” aspects of many OTT services. Most consumers will be all too familiar with libraries full of unappealing content, which they pay for on a monthly basis.

In a break with that, Alpha Networks will work via a token system that will allow viewers to pay for exactly what they want to view.

“The idea is that you would have a wide array of choices and options, but then you pick the stuff that is relevant for you. So, rather than having a library with thousands of choices, most of which you’ll never watch, we’re focused on presenting what’s relevant to each viewer.”

“We’ll enable that through an efficient payment scheme, where people will pay precisely for what they want to watch. We want to break down the bundle model to some extent.”

For Shapiro, this clearly represents a much fairer deal for consumers, who can make their own decisions on what to pay for, while not compromising on choice.

“To some extent, one person’s ‘bloat’ is another person’s treasure, but if it’s bloat to you, you shouldn’t have to pay for it.”

‘We can create a distributable, unalterable record of every act of consumption’

Opening for business
So how soon are we from being able to pull out a credit card and view content via Alpha Networks?

“We are probably only months away from launching the credit card gateway and allowing people to make transactions and get points into their wallets,” he reveals. Consistent global branding and access will be part of that launch.

Should it be a success, Alpha Networks would mark a major shift in the entertainment sphere. A fully blockchain-enabled content platform could signal the start of a real change.

For Shapiro, this is the next step in an ongoing process that goes back to the beginning of broadcasting. He’s determined to be part of it.

“I think the main thing I try to express is that this business has always been about technical disruption. It’s not a new thing,” he says. “People think ‘Oh, we’ve had these types of business in place, and now we’re seeing all these disruptive elements pop up.’ It couldn’t be further from the truth.

“At Alpha Networks, we’re all about that, and understanding what the next wave of innovation will be. As each wave comes along, there’s a general improvement – new companies are formed, there’s wealth creation, people get jobs, and consumers get more content that they like.

“For each wave too, somebody has suffered, and legacy companies shrink, but the overall trend is always for the positive, with new things becoming possible.”

First though, the service will need to go live, and convince the industry of its merits.