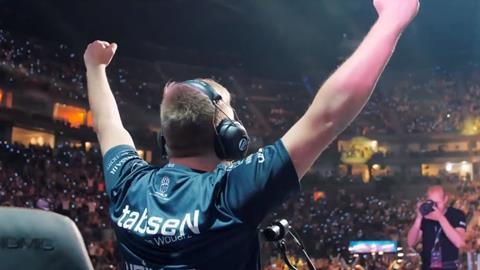 War of the worlds

Esports could help shape the future of broadcast according to executive Tanya Laird, who spoke about the need for a “melting pot” of collaboration and interaction.

However there are concerns among those in the esports sector that the broadcast industry might be looking to exploit the revenue opportunities and the huge, youthful fan base with unequal profit shares and an uncertain strategy for success.

“Partnerships are often seen as a secondary business to detract from the main business,” Laird said.

Laird’s background is in the gaming industry, with experience in console and mobile games. She has worked with studios and developers and now provides a unique insight to the esport community on the opportunity to monetise and champion esports.

Broadcasting and government investment promises a new way of tackling challenges and offering strategic solutions for esports to go mainstream.

She said: “The slow up take is because there is tension from the traditional esport gamers who don’t have commercial experience.”

It’s not difficult to see the appeal for broadcasters that want to tap into the esports market, with viewership figures reaching the millions. 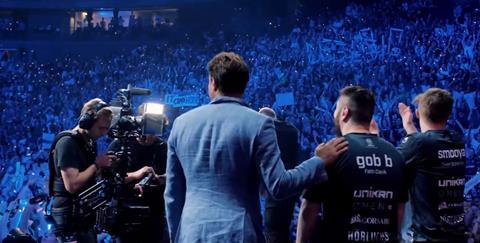 According to esports charts, October 2018 saw the largest championship to date with 149 million viewers at its peak during the tournament for Worlds 2018 which marked the new record in esports history, while more than 200 million spectators tuned it for the final earlier this month.

Laird predicts the key to success is “tapping into different behaviours” that are not native to either sectors.

Interaction is at the core of esport tournaments while traditional linear TV broadcasting is a more passive experience for audiences lacking layered engagement.

She explains: “New technologies are bringing broadcasters and esports together to become mainstream.

“Industry collaboration and interaction are key to finding the melting pot for success but we are three-to-five years off from this.”

War of the worlds
Broadcasters have clear boundaries between the content creators, ownership rights, sponsorship and advertising opportunities for the creative propositions. While at the other end of the spectrum, the esport game coders and creators may not be aware of the potential for rights ownership and could struggle to understand the broadcasting world.

Laird points to the contention for small indie game developers who don’t have the internal infrastructure, experience and access to lawyers to ensure they can capitalise on the potential opportunities.

She added: “The esports community don’t understand how to exploit intellectual property (IP) across multiple levels. This requires partnerships with operators, broadcasters and immersive technology specialists, rather than throwing themselves into one deal over carving out a specialist strategy.”

Laird called for a “more sophisticated” business model that would mature the commercialisation of esport tournaments and see a greater and transferable approach to collaborating with the broadcast industry.

She said: “I am optimistic the greater understanding of IP and management rights are where these [business model] opportunities lie.”

For esports to go mainstream it must learn from the relationship traditional film and TV created with certain deals in countries and states variable and across different levels.

Laird adds: “There is currently a lot of wastage; the esports tournaments operators should define how the rights work, not the other way around.”

“The main factor is the level of interaction with broadcasters,” Laird warns: “It is not about using traditional techniques; we need a new paradigm to employ a technology partner and those with expertise in IP ownership in order for full exploitation of the game.

“Traditional broadcasters and esports promoters need to include future immersive platforms and talk to each other on new types of performances with a live generation of a game.”

Laird is an evangelist for new and immersive technologies with ESL, which she notes can make managing content and licensing tricky. She explains the new types of rights that are being negotiated for actors and their performances with the future possibility of holograms is an area to consider.

She said: “What we are looking out for are new platforms and new technologies to enhance the community and combine with commercial experience for a successful revenue model.”

The greatest challenge, Laird explains, is the lack of accessibility for mainstream audiences.

She said: “If you turn on your TV, it is not complicated and you don’t need instructions but we need esports broken down with each component explained.”

She likened it to the model adopted by the BBC and Sky when covering the American Superbowl, in which the audience tuning into Sky have an assumed knowledge and are considered professional fans while the BBC enhances its coverage with visual overlays and explanative commentary.

“What we need is a platform for mainstream viewers,” Laird explains, as well as a mainstream avenue for new audiences to be brought in that can follow the significance of what it means to gain points, a special weapon or a spell.

Laird urges the need to “wedge it open” and ensure the fan base can grow without isolation through collaboration and partnerships with traditional sport and esports.

The answer? Laird suggests: “Physical live tournaments in big stadiums or arenas but we need to ensure we can broadcast and be efficient for the esports championships.

“More levels of interactivity and better broadband, WiFi in venues and the ability to facilitate technology because we require more interaction than traditional broadcasters.” 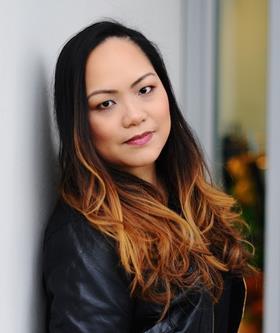 She is the co-chair of the Immerse UK Content Group and sits as a member of the Board for the British Games Institute providing unique insight to both the development and publishers perspective alongside esports an broadcasters requirements.

Laird is also a winner of a Women in Games Award for her contributions to the games industry and sits as the Vice Chair of BAME in Games.