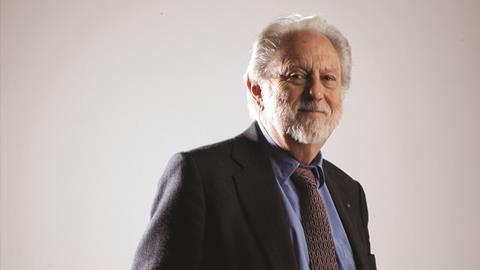 Lord David Puttnam, Oscar winner and Bafta Fellow on the future of British and European cinema

In a conversation with Raymond Snoddy at IBC2016, one of the UK’s most high profile cinema producers and cultural envoys discussed how British and European cinema must evolve, why cinema and media needs to retain its trusted status, what BrexIT means for creative industries

David Puttnam has always embodied the spirit of excellence in UK-based cinema. As producer of some of the great British films of the 1980s, including Chariots of Fire, Local Hero,The Killing Fields and The Mission, he was at the nexus of a renaissance in British cinema.

He continues to exert a powerful influence on British media, not just as producer, but through his work as a peer in the House of Lords and his efforts to raise public consciousness through culture and education.

Lord Puttnam, in his IBC2016 one-on-one conversation with journalist Raymond Snoddy, sought to draw attention to solutions needed in a time of European – and global – challenges.

“What’s missing in Europe is confidence,” says LordPuttnam, when asked if Europe can become a global film and TV centre independent of US influence.

“When I look at the New York Times, there is always a pop-up offering me a new US movie trailer or showing me what is going to be at Sundance – it’s constant. I don’t see anything like that out of Europe. We need to improve the awareness of European cinema by using digital media. We ought to have some way of being able to track projects and talent.” As for new technology such as Virtual Reality while he recognises its value he sees it as a platform that will have its own path separate from TV and movies.

“VR will allow a very different type of storytelling. I think it will be a bit like video games and have to evolve its own form of storytelling. It will end up being as good as the people grappling with it can make it, but I don’t see it as a narrative form. I see it as an experiential form,” he says. 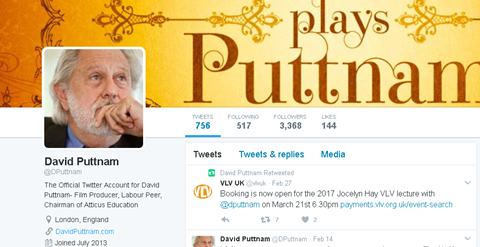 How will a British exit from the EU affect the media business?

“It will affect Britain negatively without any doubt at all. Britain has become the pivot of the digital environment around which the whole European creative sector was operating. It meant that people were being attracted into Britain and becoming part of a mélange that was very successful.

“If you’re a Spanish animator or VFX expert and you start worrying about whether or not you’re allowed to stay, you’re likely to just go back to Europe and see what you can find there.

“The problem is that once that European talent starts to peel away, the UK talent will necessarily follow. I think capital and UK talent will become much more fluid. Things have been thrown up in the air. I think Berlin will emerge as an alternative, or maybe Barcelona again. And I know right now there are also enormous ambitions to attract those businesses to Dublin. I’ve had conversations with ministers. There’s no question, the Irish are looking to see how they can grab some of that business.” 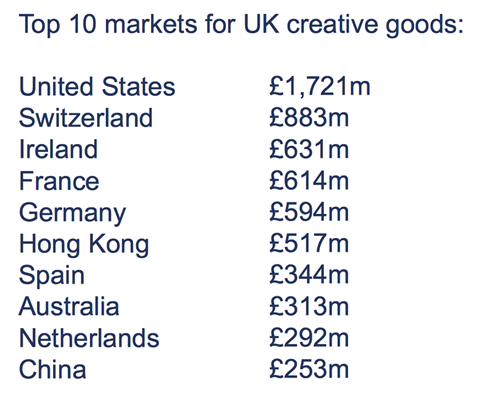 The importance of public information is becoming more and more an issue for Lord Puttnam as he sees the lack of independent news resources dwindling.

Puttnam is the UK’s cultural envoy to Southeast Asia, and spends parts of every year in the region, which will be particularly affected as sea levels rise. He has become especially frustrated with the lack of care given to educating the public on climate change disaster.

“It seems ludicrous to me that I’ve reached the age of 75 and still I’m trying to convince people of the same things I was when I was 40. But I do think human beings suffer deeply from the boiled frog syndrome. We’re brilliant at dealing with crises and disaster – that’s been in our DNA for hundreds of thousands of years. We’re just not that good at thoughtfully addressing issues that are inexorably creeping up on us.” 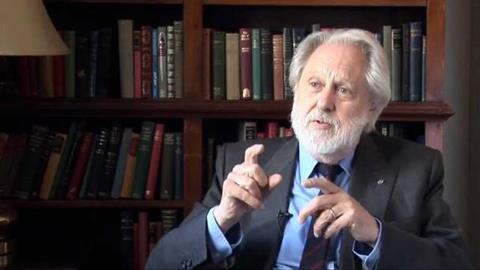 Member of the House of Lords, Bafta Fellow,

David Puttnam CBE is the chair of Atticus Education, an online education company based in Ireland. Atticus, through a unique arrangement with BT Ireland, delivers interactive seminars on film and a variety of other subjects to educational institutions around the world.

David spent thirty years as an independent producer of award-winning films including The Mission, The Killing Fields, Local Hero, Chariots of Fire, Midnight Express, Bugsy Malone and Memphis Belle.   His films have won ten Oscars, 25 Baftas and the Palme D’Or at Cannes.  From 1994 to 2004 he was Vice President and Chair of Trustees at the British Academy of Film & Television Arts (BAFTA) and was awarded a BAFTA Fellowship in 2006.

He retired from film production in 1998 to focus on his work in public policy as it relates to education, the environment, and the creative and communications industries.

In 1998 he founded the National Teaching Awards, which he chaired until 2008, also serving as the first Chair of the General Teaching Council from 2000 to 2002.

From July 2002 to July 2009 he was president of Unicef UK, engaging with issues as diverse as water security and child trafficking.

He is the Republic of Ireland’s Digital Champion; President of the Film Distributors’ Association; Chair of the TSL Advisory Board; Chair of the Academic Board, Pearson College; a Unicef Ambassador, and Adjunct Professor of Film Studies and Digital Humanities at University College Cork.

He has also served as a trustee of the Tate Gallery, the Science Museum, the Thomson Foundation and a great number of other organisations.

In 2007 he was appointed Chairman of the Joint Parliamentary Committee on the Draft Climate Change Bill, having performed the same role on the 2002 Communications Bill.

He has been Chairman of two Hansard Society Commission Reports on the relationship between Parliament and the Public and has served as a non-executive director on a number of public companies.

He has been the recipient of more than 40 honorary degrees from Universities in the UK and overseas.

In 2012 he was appointed the UK Prime Minister’s Trade Envoy to Vietnam, Laos and Cambodia.

In 2016 he was appointed as International Ambassador for WWF.