Malik Khan, executive chairman and co-founder of network technology innovator LTN Global Communications, smiles ruefully and laughs. “I am really glad I went through that experience, but I can’t say I would want to do it again – it was pretty harrowing!” 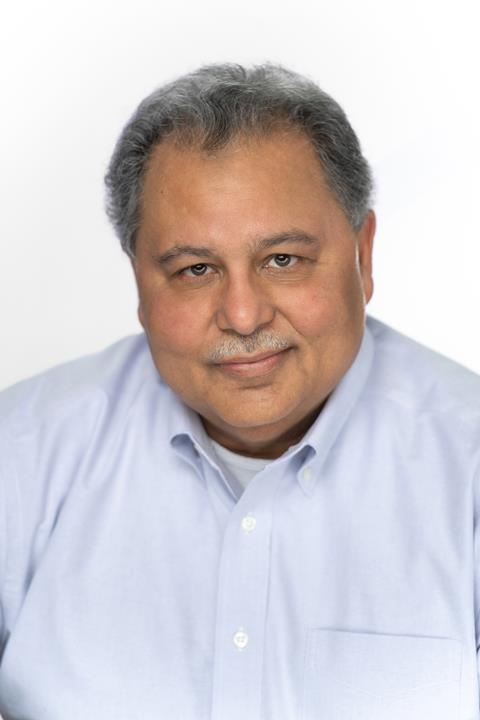 The experience Khan is referring to is his involvement, whilst working at Motorola pre-LTN, in the team that developed the world’s first commercial cable modem technology and CMTS (Cable Modem Termination System). As demanding as it may have been, he is in no doubt about the project’s significance: “Essentially it kickstarted the whole notion of having always-on high-speed internet connectivity in the home. All these years later, if you are watching a service like Netflix at home then it is in large part because of the business area we opened up back then.”

It’s one of multiple milestone projects that characterised Khan’s career prior to LTN, which was established in 2008. With the long-term roadmap for network technologies starting to become clearer at that point, LTN’s core mission statement was fairly easy to define – and according to Khan, hasn’t really changed in the intervening 12 years: “The idea behind LTN was to build a high-quality, low-delay method of delivering television over the internet. We chose to serve our customers’ B2B markets as the first target as there was plenty of bandwidth at a time when consumer bandwidth was not as reliable, and there was also a clearer business model. But the fact is that enabling our customers’ B2C markets as well was always our ultimate goal.”

Over the past decade, LTN’s vision to optimise each stage in the digital and linear video chains has encompassed the creation of solutions to support four primary ‘pillars’: Create, Command, Signal and Transport. No prizes for guessing that the transition to IP has been one of the most profound enablers here, with Khan highlighting the liberating effect of “moving away from expensive, hardware-based, stove-pipe technologies towards the flexibility and distributed nature of IP networking”.

In the case of LTN this has resulted in the development of the LTN Ecosystem, an integrated, modular, IP-powered solution that unifies the video chain and accelerates media workflow innovation – from content creation and acquisition through to monetization and delivery. Today, the company’s customers include some of the world’s leading broadcasters and content creators, among them FOX, Disney, WarnerMedia, and Sinclair.

Delivering consistency of viewing experience has always been central to the LTN vision, says Khan: “You should be able to have the same experience watching on a laptop, tablet or phone as you can on a cable-connected or satellite TV.” In the era of UHD the rollout of 5G services represents a “big step forward, and another big factor in why I believe that we will soon achieve our objective of high-quality video in every area of our customers’ B2C and B2B markets.”

The extent to which the pace of 5G adoption is affected by Covid-19 remains to be seen (“I wish I had a crystal ball,” admits Khan). But with various communications regulators still preparing for spectrum reallocation – in the US, the FCC is due to auction 280 MHz of satellite C-band spectrum to 5G network operators this December – the necessary conditions are falling into place: “The section of spectrum to be auctioned off by the FCC this year is prime property, with very favorable propagation characteristics (think smaller antennas/power requirements). And I don’t think you will find a media company anywhere who believes that the [reallocation of spectrum for 5G] will end there.”

‘Towards a world of software and services’

One trend that undoubtedly resonates with a more uncertain – and, inevitably, more cautious – media business is the ongoing shift away from hardware-oriented production. As the industry shifts into a cycle in which the competition for eyeballs will be evermore intense, and where services may rise and fall more rapidly than was historically the case, the need to minimise capital investments will become more acute.

“The migration that we are witnessing from hardware solutions to a world of software and services is a very fundamental change,” says Khan. “It’s not just that there is a reduced willingness to make capital expenditures, it’s also the fact that customers don’t want to get caught up in technical obsolescence. It’s a period when customers are having to pivot and learn to deliver things in ways they had not previously imagined, as well as having to compete with companies they would not previously have regarded as rivals. The ability to experiment and bring new products and services to market quickly is absolutely critical.”

Exchanging a hardware-based mentality for one that puts software (and cloud technologies) at the core of broadcasters’ operations helps alleviate their anxieties. “The analogy I like to use is that if you were not 100% sure about your new neighbourhood, you might want to rent a house rather than buy one,” says Khan. “It might be a bit simplistic, but ultimately it does come down to an economic risk/reward kind of calculus for a lot of companies.”

In the era of Covid-19, the notion of risk/reward has taken on a whole new gravitas. With fresh spikes in cases across Europe and throughout the world being reported at the time of writing, Khan is understandably cautious in his expectations of when the media world might begin to regain its normal momentum. “I think the introduction of an effective vaccine will be a crucial factor, but my hope is that the industry will be moving towards a more normal state of affairs in spring 2021,” he says. “And in the meantime, it should be noted that we are seeing a lot of innovative programming and new ways of production, especially in the area of remote production and virtual fan engagement. There is some very exciting creativity taking place and that’s going to be very useful to everyone in the future.”

LTN Global"LTN Global is a worldwide leader in media technology solutions. We engineer the integrated video ecosystem of the future, equipping you to share stories and ideas on an unprecedented scale."