Corralling technical and creatives teams to work efficiently and seamlessly is post-production supervisor Gemma Nicholson’s forte. She tells IBC365 why she started Post Super and speaks of the juxtaposition power of moving pictures as art and business. 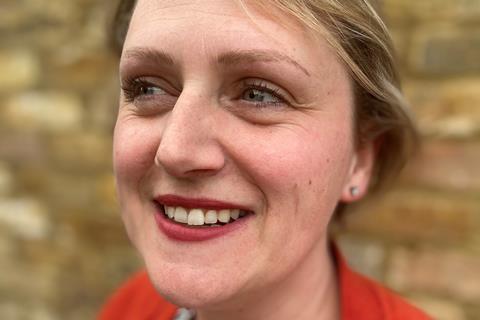 “There is something to be said for using technology to make life easier,” explains Gemma Nicholson, as she speaks to IBC365. It is this view which underpins her attitude to harnessing and understanding the power and innovative possibilities of technology for the execution of film and TV.

Nicholson has more than 18 years’ experience working on large-scale projects and prides herself on her technical knowledge and ability to push for the best results under pressure for high-level decision makers across the film, TV, media and broadcast industries.

The role of a post-production supervisor is relatively new – compared to the established positions of director and cinematographer, among other behind the scenes jobs – it was conceived some 25 years ago and was formally handled by the first assistant picture editor. But with the invention of digital workflows the new post super position became fundamental.

Post-production supervisors control the post process, they ensure the clarity of information and communication channels between the producer, editor and picture team, sound team and facilities which include among others CGI, negative cutters and film labs as well as dealing with the post-production accountant and making sure the teams are meeting deadlines within budget.

“Responsible for the budget and schedule, we hire people and equipment and control the post production pipeline,” she continues: “While it is not a creative role in the film making we have to be creative with our project and schedules to corral large groups of brilliant and talented people who need to get their work done within the framework we create to get to the finish line.”

On the impact of the coronavirus pandemic, Nicholson says it is “two fold, I am continuing to work and deliver my shows” connected with facilities in London and Bristol. She adds: “I have been impressed with the ability to develop working practices which have all gone remote.

“Remotely grading, online, sound mixing and using different technologies to do approvals and reviews and it has been a huge learning curve and significantly slower initially but now that we are starting to see working practices we are familiar with it is starting to speed up again.”

While we are seeing productions shutting down indefinitely, post-production is continuing, with many organisations turning to remote workflows.

Nicholson adds: “People and we are managing to work from bedrooms, home offices and gardens and the ability for this industry to be innovative at such a difficult time has been astonishing and has been all enabled by existing technology.”

Acknowledging the challenge involved, she says it is “something we are getting used to and I actually think it will create a shift in our industry to work more remotely.”

Technology versus creativity
As visual effects (VFX) for high end film and TV have grown in popularity and demand, it has become increasingly difficult to piece schedules together and ensure all departments are delivering on time, in the right way, and as such the post super role has evolved into the technical and operational role it is today.

Nicholson adds: “Sometimes a lot of the experimentation enables us to do so much more but also the advent of AI (artificial intelligence) for online workflows has enabled us to effectively to do the process work that needs to be done and allows the team to be more creative. People do more now because they can and are not restricted because of technology.”

Throughout her career, she has found that editors have been requesting functionality in workflows and timelines because what they’re wanting is to be more creative with their time.

“Every post supervisor and coordinator is constantly being asked to deal with new technical standards and workflows like HDR (high-dynamic range), Dolby Atmos, Dolby Vision and all the different delivery formats asked to deliver in,” she explains the challenge is understanding from a very technical savvy point of view the various new delivery formats and the task to “genuinely find ways of delivering what is needed to the right place at the right time and picking the best workflow which helps us to do that.”

Succeeding in this is possibly the greatest challenge for post-production supervisors. Nicholson highlights that the niche group of professionals working in this role are not being served in terms of knowledge and training like other higher profile jobs in the industry. 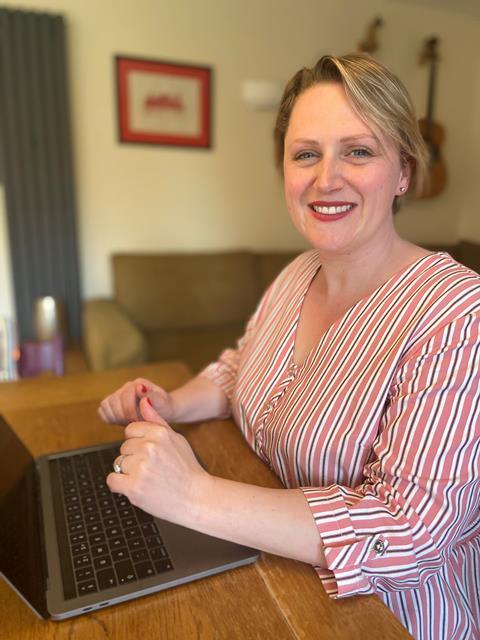 Nicholson on remote working: “I have been impressed with the ability to develop working practices which have all gone remote”

Having studied a degree in sound at Liverpool Performing Arts, she was sponsored throughout her degree by Sennheiser, which is where she first learnt about the importance of trade shows as she became exposed to the power of technology, and as such has continued to self-educate herself on the delivery formats and opportunities to benchmark technical standards.

Nicholson says she is fascinated by the technical developments occurring across the supply chain, with a keen interest in technology since her university days. She says: “There are a lot of challenges today in working remotely and with the infrastructure. A lot of the software is there but the problem is people’s infrastructure for remote working, as well as assessing content security needs.”

She notes the technical development to support her work are at the forefront of cutting-edge and says that technology and creativity interplay and goes both ways in terms of innovating and enabling efficient workflows.

Hollywood heroes
Nicholson’s sound editing background helped kick start her career she worked her way up from the cutting room to post-production supervising and found her operational and technical skillset the perfect marriage.

Recalling back to her work experience days, with no family connections or affiliations with the industry she started at Shepperton Studios where she lived in a tent and cycled her bike as a runner delivering fruit and biscuits.

“I got into the industry and fell in love with film, being part of the team and the comradery was exciting and challenging and I am truly inspired by the creatives I have been lucky to work with some of the most talented professionals in the industry,” she says.

Having worked with the BBC and Netflix as well as on some big budget Hollywood productions in the UK including Harry Potter, Batman and Disney’s Cinderella and Warner Bros. Tarzan. She remains inspired by Tim Burton: “It astonishes me the creativity and innovation he brings to his job.”

With the advent of high end TV dramas including Game of Thrones and The Crown, Nicholson says the production values once only attributed to big budget films are now applied to TV programmes and working for Netflix and HBO is “so inspiring to see the cross pollination between film and TV, with people working at the highest level.”

She says the interesting juxtaposition of the motion picture business is “the industry is at odds because it provides a cross over between an art form and a business that makes money, it’s fascinating the push pull that goes on between creatives behind the scenes.”

Serving the post sector
Nicholson set up Post Super four months ago. It is a new venture designed to help freelancers working as post producer, supervisors and coordinators in film and high end TV production by creating a searchable knowledge base for the constantly evolving and challenging technical role, otherwise overlooked in training hubs.

It is a concept which she says has been an idea for a very long time based on her own frustrations at the lack of a formal resource for post-production management and lack of readily available support.

As a self-driven and motivated supervisor, Nicholson explains how she looks ahead to see what new technology is coming, in a role that is otherwise forced to be reactive, she adds that digging into new requirements and adopting new technology can be a difficult position to be in under pressure.

She says: “If you’re not given any training or access to information then you have to be reactive, it doesn’t allow you to know what is coming.”

Enacting what vendors decide in terms of delivery specifications is a challenge and one that is tricky to overcome beyond being proactive to find out information. Post Super aims to fill the void for post supervisors – which is a community that is roughly made up of 80-90% women in the UK – acting as a formal resource for the entire post management community.

Nicholson says the response has been phenomenal: “When I launched our website for registration last month, we had 50 people join in the first 12 hours and we now think we have over 70% of the UK drama and scripted freelance post management community signed up.”

This is a problem around the globe, she says, and there are various initiatives in India and China, but nothing on this scale and nothing to address Europe or the US.

She says: “I wanted to address this gap in the market, the thing that always frustrated me about the industry was that I didn’t have anywhere I could go and ask a stupid question.”

As more productions incorporate digital workflows and complex VFX the greater demand for post supervision to take control of the pipeline of work.

“There is more of a need now than there ever has been,” she explains: “With a high demand for roles to be filled and more shows incorporating digital, Post Super will be there to support this community.”