From the challenge of monetising online video, to the implications of artificial intelligence and the adoption of IMF, DPP managing director Mark Harrison spells out the key focuses for the organisation.

The Digital Production Partnership (DPP) went into IBC with managing director Mark Harrison promising, a “number of pretty big pieces that we want to talk about”. 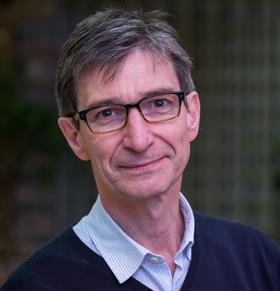 The topics consisted of IMF for broadcast and online content versioning, the monetisation of online content, the DPP Security Mark, and upcoming work on machine learning (AI).

Monetisation of video
One of the big subjects of debate for the DPP at IBC was what it sees as a monetisation problem with online video.

It brought 20 senior executives from across the media supply chain to discuss the issue at an IBC dinner, with Lindsay Pattison, the chief transformation officer with WPP, as guest speaker. Then, on October 5, the DPP published a report for its members summarising the key issues.

But, does tackling such a major content issue take the DPP out of its technically-focused comfort zone, or perhaps its swathe of new members have widened its brief?

“We have always been about looking at the important areas of business change for the whole media supply chain, and that is what is distinctive about the DPP,” said Harrison. “We do not represent some particular group, we are interested in the whole industry.

“With the exception of public service broadcasting, you cannot separate the relationship between advertising and the funding and distribution of content,” he added.

“We are now at a place where the whole advertising model is being changed, as it moves to digital and to mobile. Additionally, the whole video production/distribution model has changed as it moves to digital and mobile as well, so it is perfectly logical to ask the question of what’s going to happen with the fundamental relationship between advertising and video, which has been historically central to the way we produced and consumed content.”

Harrison cites the way the music industry has created platforms that are wonderful for consumers, but not musicians who need to earn a living. He also points to a similar unbalance in publishing between talent and deserving financial returns.

“It is not fair on content producers that something similar should happen in media,” said Harrison. “I do not see this as particularly a change in direction for us. I see it as just a topic that logically bubbles up as an important area for us to consider, along with many of the companies that form the DPP membership. We will spend a good amount of time looking at this as we go into 2019.”

The consumer is calling the shots in terms of how delivery platforms are shaped. “There is a need for brands, producers advertisers and the platforms to create a way of guaranteeing the rightful monetisation of online video,” said Harrison.

Remarkable spec
The biggest issue to come out of IBC for the DPP, however, was IMF, specifically around the stages of its adoption and implementation.

“Everything was remarkable for a specification that was only published in August,” said Harrison. “We had it confirmed for us that IMF is here, it is going to happen, and it is going to be a major change moment in content production and the management of distribution.”

The DPP staged an implementation briefing for its members during the show.

He said: “We had Vice, ITV, Sky, Turner Broadcasting, A+E Networks, and a fascinated audience. When you have that kind of range of content providers all saying, in their slightly different ways, that they are committed to implementing IMF for broadcast and online, it makes me confident it is going to happen.

“And we had 20+ DPP member companies showing developments of IMF related products,” he added.

Security summit
Harrison spoke in an IBC session promoting security best practice, and just prior to the show ITV and C4 announced that they would make it mandatory for suppliers to hold the DPP Security Mark. This has echoes of the adoption of file delivery with AS-11.

The DPP is next staging a security summit (November 28) under the title ‘Securing Creativity’ which will look at how to build and maintain security in the creative environment. At that event, Harrison expects there will be further announcements from other broadcasters about their requirements of suppliers.

The DPP was clever in creating two checklists for its Security Mark. “It feels appropriate to have slightly different sets of controls for the use cases of the production environment and the live broadcast environment,” said Harrison. “As we evolve the Mark and evolve the management of it, it may be the case that we are able to bring those use cases together in a single checklist. This would enable people to select out the controls relevant to them, depending where they sit in the chain.

“We are committed to ensuring that this remains as simple and user-friendly, and as lightweight a process as possible,” he added.

“There is a need for brands, producers advertisers and the platforms to create a way of guaranteeing the rightful monetisation of online video.”

Automated processes
One of Harrison’s major observations is that broadcasters and content providers have lost the control of technical change that they enjoyed for decades. How does this match to DPP plans for AI, especially machine learning?

“The way that consumers are forcing new trends in content production is requiring producers and distributors to be faster to market,” he said.

“The need to do that inevitably generates greater interest in automated processes, anything that will reduce complexity and time spent is going to be very attractive.”

This issue will be investigated further in December at the DPP at Home event, which will look at how the industry is already deploying machine learning, and to what extent further innovations are coming in the near future.

“What we really want to do is look at whether there is a kind of algorithm for what happens in the world of content production and distribution, that is particularly well suited to the application of machine learning. AI is making a genuine impact, and I am expecting that to be in quite prosaic and significant areas.”

“We are seeing a really profound shift in the way people think about doing business in the media sector.”

A profound shift
The DPP is working on a strategy document for the next two years of commitments, and these will be announced at the December event. Did Harrison think the buzzword of IBC was collaboration?

“There is a far greater acceptance across the industry now of the need for the benefits of collaboration. Even three years ago, when the DPP first became a membership body, some people questioned the need for an organisation that was focussed on bringing companies together to collaborate,” Harrison said.

“It is not just something that is accepted. It is actually something that is now actively promoted and expected by huge numbers of players in the industry. We are seeing a really profound shift in the way people think about doing business in the media sector,” he added.

“It all points again to this need to respond to giving the consumers a better experience. As an industry we were not especially focussed on that 20 years ago, and we had our notion of broadcast standards set by us. But now were are only thinking about reaching the consumer, and this is a fantastic development.”