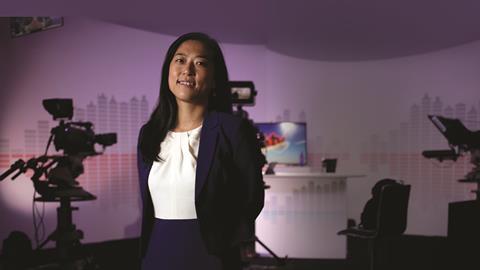 Wenbing Yao: The benefits of moving to an IP-based workflow and embracing the cloud

Huawei was at IBC2016 to talk about the transition to an IP-based production zone and to illustrate how new technologies can transform entire businesses and entire sectors, for the better.

“4K is pushing the broadcast industry to a whole new level,” says Huawei Technologies’ Wenbing Yao, who claims this can be aided by a move towards open platforms based on Information Communication Technology (ICT).

Yao, who took on her current role as Director of Strategy and Marketing at Huawei in 2012, and holds a Ph.D. in Communications and Information Systems, notes that the entire broadcast workflow is involved in the inevitable shift towards IP-based platforms. Traditional broadcast platforms, she claims, simply cannot handle the demands of 4K.

Improving efficency with IP and the cloud

“Office and production networks in TV stations are separated from each other; that makes transferring data, especially large files, and sharing data not efficient.  Moreover, journalists can only produce programmes after returning to TV stations, impacting news timeliness and quality. Resources need to be shared, stored and archived; this must be done via IP networks and the cloud.

“The move from analogue signalling to IP-based IT platform architectures accelerates 4K video evolution, lowers programme production costs and simplifies system maintenance,” she observes. “However 4K video production – and its related demands – bring challenges to the existing storage system. Deploying a SAN architecture may meet the requirements of performance, but increases the cost.”

Huawei, an information and communications technology company, is joining the broadcast industry as a newcomer to a certain extent, despite having quite a large presence in the Chinese IPTV space.

“This is our third IBC and it’s becoming increasingly important for us,” muses Yao, who was speaking as part of the IABM Breakfast session, ‘The Business of Broadcast and Media; Technology Supply Vital Statistics’.

“We are hoping to help the industry transform into an IP-based production zone and to illustrate how new ICT technologies can transform entire businesses, entire sectors, for the better. These new technologies are based on an open ICT platform that allows partners to innovate their solutions, effectively support media customers in convergent media production, and drive future-oriented media transformation.” 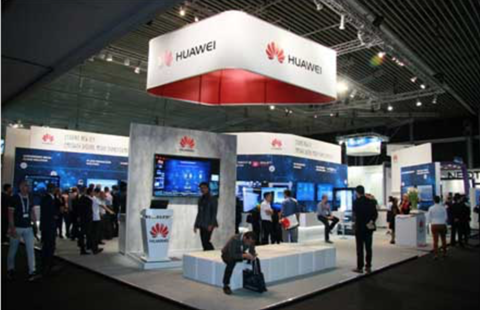 Yao also highlights that the more isolated, legacy layout of the broadcast production process simply doesn’t meet the needs of an industry hurtling towards end-to-end 4K broadcast production and beyond. Instead, she welcomes the move away from dedicated, on-premise hardware and software towards cloud-based platforms running on commodity IT hardware.

“The idea of making a ‘smart investment’ is hard to pin down; every company has its own definition of what that means. However, we see the move towards cloud for example as a way for companies not only to save their capital expenditure, but to view and share resources in the cloud when they need. We think that’s the smart way forward.”

The production area of broadcast making use of private or hybrid cloud to improve efficiency is a particularly good example, according to Yao.

“We’ve been involved in projects recently around the use of desktop cloud for editing news using a shared resource pool inside broadcasters’ production division. In some cases, this has improved production efficiency by up to 40 per cent.

“Virtualisation technology isn’t new in itself, Huawei has used it internally for years, we probably run the single largest scale virtualised desktop system in the world for 70,000 developers. But to bring that power to the production area, you need a system that is optimised to offer faster speed and to link to internal resources, so production and post production can share resources conveniently.

”That’s what we’re bringing to the broadcast market.”

Wenbing Yao joined Huawei UK in 2008 and was appointed the Director of Strategy and Marketing in 2012. Her responsibilities include developing the mid and long term business strategy for Huawei UK; driving strategic business development in areas including Media and Broadcast, Data Centre IT and infrastructure, IoT, Smart City, Big Data; leading joint innovations with key customers and organising market communication activities.

Before 2012, Wenbing held various positions in a global account in Huawei, leading the solution marketing and industry and research collaborations team.

Wenbing received her Ph.D degree in Communication and Information Systems from Huazhong University of Science and Technology, Wuhan, P.R.China, in 2001. She was a lecturer in wireless communications at Brunel University from 2003 to 2008, and a research fellow from 2002 to 2003 in heterogeneous networking technologies and mobile healthcare systems.

Wenbing lives in Basingstoke, and is a keen badminton player and a dog lover.