The founder of online programme sales platform Vuulr Ian McKee tells Tim Dams about the Singapore-based business’ plan to cut the cost, time and complexity of buying and selling content. 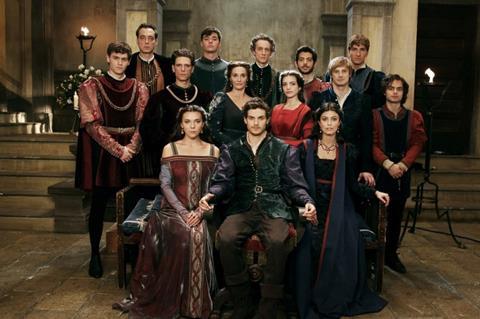 Business is still conducted, by and large, as it has been done for many years with the calendar punctuated by giant buying and selling jamborees, notably the Mipcom programme market in Cannes each October.

Beyond Mipcom, TV buyers and sellers may travel to Miami for January’s Natpe, to February’s London screenings, to Cannes (again) for March’s MipTV and to May’s LA Screenings. That’s not to mention’s New Orleans’ Real Screen Summit, Natpe Budapest, Discop Johannesburg, or MipCancun.

In each case, multiple meetings are held at half-hour intervals each day inside often lavishly constructed booths as buyers weigh up which programmes to acquire from a legion of international sales companies.

Needless to say, several companies have spied an opportunity to disrupt this long-established and expensive way of doing business – promising to cut dramatically the cost, time and complexity of buying and selling content.

They include online sales platforms for film and TV rights such as Singapore-based Vuulr, the UK-based TRX, US outfit RightsTrade, and the Middle East’s Mena.TV.

Of these, Vuulr (pronounced view-ler) announced its international rollout last month in a move that it says will enable buyers worldwide to transact directly with content distributors.

Vuulr acts like a traditional online marketplace: it is free to use for buyers, and for distributors to list their catalogues, and levies a 10% commission fee on the seller upon a successful sale. 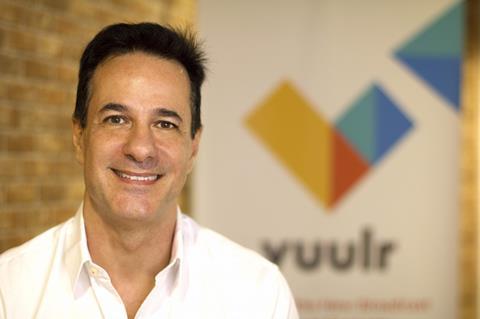 Vuulr was co-founded by CEO Ian Mckee, who previously launched Singapore-based digital and social media marketing agency Volcanic – which worked with a host of TV and film industry clients such as Sony and Discovery – before selling the firm to WPP.

“Other industries have already been transformed by the very simple concept of an online digital marketplace, which is up and running 24 hours a day and is accessible from every corner of the globe,” Ian Mckee, Vuulr

After exiting Volcanic, Mckee began researching business opportunities in the content space. The reason, explains Mckee, is that the content industry is a “growing sector undergoing structural change” thanks to the rise of the internet and the disruption of traditional national broadcasters and pay-TV firms by global OTT players.

He cites a Boston Consulting Group report from 2016 which said that $240 billion per year is spent by broadcasters and OTTs on content production and that this is growing at an annual rate of 10%.

Rather than invest in an OTT platform and compete against tech titans like Netflix, Amazon and Google, Mckee spied an opportunity to work in a business to business, ‘back office’ space – matching people who make content with those who need to acquire the rights to show it.

“Other industries have already been transformed by the very simple concept of an online digital marketplace, which is up and running 24 hours a day and is accessible from every corner of the globe,” says Mckee. But not, he notes, the TV industry.

Digital marketplace
The company launched in October 2017 and set about raising money from private investors (who include Rob Gilby, the former managing director for Disney Southeast Asia) and putting together a start-up team – before launching the site in December 2018. Much of the core Vuulr team came from Volcanic, including co-founder and CTO Chris Drumgoole. 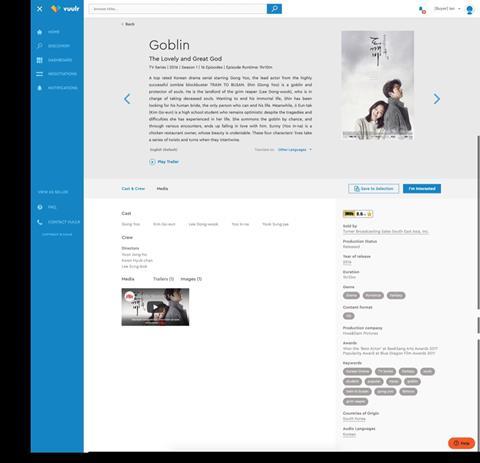 “We are a group of experienced technologists who know how to build these platforms,” says Mckee, who explains that Vuulr is hosted on AWS and in the cloud. With their background in digital marketing and building B2C platforms, the Vuulr team has also “spent a lot of effort, time and heartache to make it super easy and intuitive to use.”

At one point, the Vuulr team actively considered using blockchain to power transactions on the platform. But Mckee says the time is not yet right for this. “Frankly, the technology isn’t mature enough, and neither is the industry ready for a blockchain-powered solution – there is too much confusion around it.”

Since going live, Vuulr has been talking to content owners to persuade them to load their programming on to the platform, and also marketing the service to buyers. The content side of the business is run by Natasha Malhotra, a former Disney and Viacom exec. 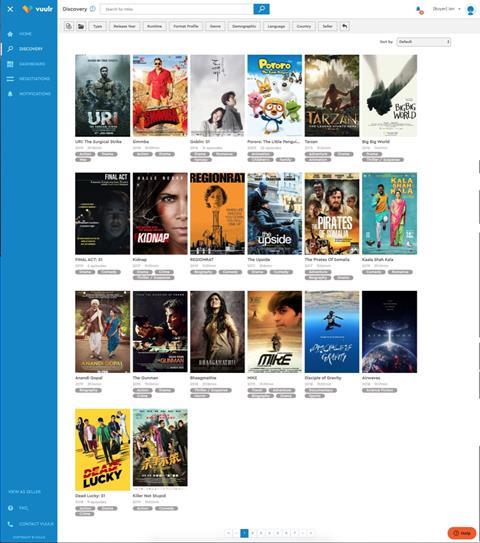 Vuulr: Content from international regions such as the Philippines, Spain, US and more

Vuulr now features TV and film content from producers and distributors including Sony, Picture Tree International, Banijay Rights, Warner Media, CNN and Toonz Media Group. The platform says it has over 30,000 hours across over 60 genres and 70 languages.

Back catalogue
They can search through the catalogue, using Vuulr’s tools to filter the particular content they are interested in. They can also evaluate the content, watching trailers, screening shows, as well as accessing cast and crew information, and crucially, discovering what rights are available in their territory. The buyer can then put in an offer for the content, which is reviewed by the seller – and either accepted, rejected or countered. When both sides agree, Vuulr generates the deal memo.

“Many deals are closing now in one to two weeks. Which for this industry is quite revolutionary,” says Mckee. “Because if you do it the traditional way, it can take you three to six months.”

As well as speeding up the process, Vuulr is also designed to bring down the cost of doing business, says Mckee, by only charging a 10% commission to the seller on a sale. “For the seller, it is designed to be zero risk. We do not ask for exclusive content, meaning you can keep in place all the sales and distribution arrangements you have in place. We are just incremental to that.”

“Many deals are closing now in one to two weeks. Which for this industry is quite revolutionary.” Ian Mckee, Vuulr

Some in the industry say that online programme sales platforms work best for back catalogue fare that doesn’t necessarily require extensive in-person dealings. However, services like TRX have publicly struggled to gain traction given the premium still placed across the industry on face-to-face meetings.

Mckee counters scepticism from some industry quarters about the platforms by saying that a service like Vuulr provides opportunities for both back catalogue fare and premium content – because it can “dissolve geographic boundaries.”

“In each country around the world, there is a range of three to eight channels, and also a range of pay-TV channels. And increasingly in each country, there are a whole bunch of OTTs.” Distributors, argues Mckee, may not have the manpower to service all of these countries and sales opportunities – even for premium content.

New markets, new content
A global and digital platform like Vuulr also gives rise to opportunities that might never have happened otherwise. Recent deals via the platform include LGBT content from Bollywood in India being sold to a Taiwan platform. “When you talk to them, the Taiwanese would never have gone to India to look for it, and the Indians likewise would not go to Taiwan to try to sell it – but we have made that match.”

Likewise, Vuulr has seen Spanish children’s animation sell to Mongolia. “Equally, we’re doing a lot of business where OTTs, for example, are targeting diaspora – so we’ve got American OTT’s looking for content from the Philippines to target the Filipino community in the US.”

So how does Vuulr differ from its rivals, such as TRX and RightsTrade? Mckee says its location in Singapore has forced the business “to think global from day one”, rather than to focus on the major US or UK markets. Vuulr also allows UK and UK buyers to sell into a huge and exciting market that “perhaps they don’t reach into.”

If successful, it may yet disrupt the industry’s long-established way of buying and selling programming – and that costly ticket to Cannes may not be needed.