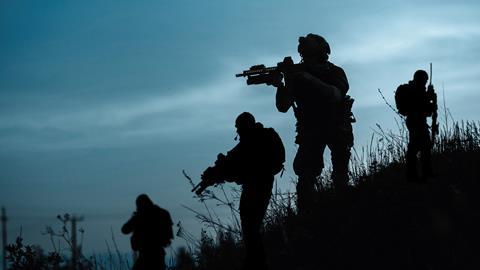 From radio links to player-tracking technology, the broadcast industry has made use of decades of military research and development.

Technology developments rarely stay confined to the area for which they were originally conceived. The benefits of an idea or piece of equipment will generally have applications in other fields, but there is also the financial imperative of maximising a return on the large amounts of money spent on research and development. 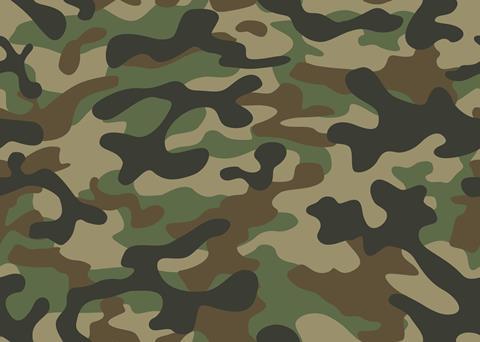 Both factors have been behind technologies originally developed for military, medical or industrial purposes going mainstream; microwave ovens evolving from radar systems and computers with roots in the programmable devices for breaking German codes, both from work done during World War II, are prime examples of such a crossover.

Broadcasting in particular has been a regular beneficiary of technology that started out in one sector and then made the transition to the world of media and entertainment.

In the last ten years both television and radio have been adopting and incorporating techniques and products that originated in the computing sector. IT infrastructures, as well as computer-control, are now widely used for networking and general connectivity in broadcast centres of all types and sizes. 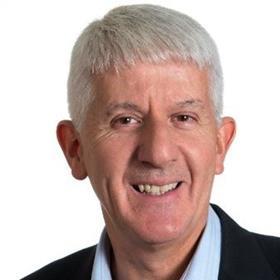 As David Phillips, Chief Executive of MultiCastConsultancy observes, the internet has made a big impact on the broadcast market, as it has done on everyday life in general. This sprang from the rather grim military-political imperative to find a communications system that would still operate despite any damage from nuclear weapons. Paul Baran began developing the key enabler of packet switching at the RAND Corporation during the 1960s. This work was built on later that decade and into the 1970s by institutions including the Advanced Research Projects Agency of the US Department of Defense, which developed the TCP/IP methodology of protocols that is now the basis for much of the contribution, distribution and streaming operations used by broadcasters.

A piece of military hardware that has heavily influenced how modern TV programmes are made is the drone. Unmanned aerial vehicles (UAVs), to give drones their official name, can be traced back to balloons packed with explosives used by Austrian forces in 1849 to attack Venice. Pilotless aeroplanes were deployed during WWI, with the first mass-produced, purpose-built drones appearing in the 1930s and used in WWII. “Drones have got smaller and been adapted for TV,” Phillips says. “They’ve proved useful and effective for getting shots that would be impossible otherwise, such as getting close to big fires and other dangerous situations for news reports.

Phillips also highlights night vision technology, again developed during WWII, this time by the German Army. “That technology is seen regularly on nature programmes as part of camera traps to capture shots of animal activity at night time,” he says.

Phillips adds that companies founded in countries with a prominent military machine have made important contributions to broadcast technology development.

A particular example is RT-SET, which designed flight simulators for the Israeli Air Force. These techniques were later applied to virtual studios and on-air graphics, with RT-SET and Peak Broadcast Systems merging to form Vizrt in 2000.

Dr John Emmett, formerly with Thames Television’s R&D department and now technical director of Broadcast Project Research, points out that the development of military tech is famously based on need and pragmatism. 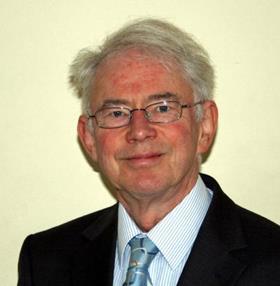 “The military only spends money on problem solving basically,” he says. Among the most enduring technologies ‘borrowed’ for broadcasting was point-to-point microwave link connectivity, another off-shoot of radar. “The US military was using those for communications soon after D-Day as they couldn’t be jammed and were not easily intercepted,” Emmett explains.

The need for secure, reliable wireless communications has not diminished since those post-war days.

New technologies have been developed, offering ever more efficient radio links. Among the new breed of developers in this field is Silvus Technologies. Founded in 2004 by Babak Daneshrad, formerly a professor of electrical engineering at UCLA, the company established itself working on projects funded by the US government, developing technology for DARPA (Defense Advanced Research Projects Agency) as well as the US army and air force.

“On the radio side of the system there didn’t need to be much of an adjustment for broadcast work,” Tommey says. “Broadcasters work in a slightly different frequency set and there is never enough spectrum in some cases. The real difference is more on the video encoding side. Broadcasters want something quite different from the military user, including higher quality and resolution and lower latency. They are also willing to pay somewhat more for encoders that have those features.”

Tommey adds that ‘traditional’ wireless camera systems usually offer only a single direction for transmission. “If you want return video then it needs to be bi-directional,” he says. “If you don’t have that it means signals have to be put on different frequencies, typically UHF, and doing that for control can be difficult. We use bi-directional operation to send packages back to the OB truck, which can then transmit control information back. All this is done on one RF network and one frequency using Mesh connectivity, which gives rich interconnection among devices or nodes.”

Adopting comms technology into broadcast makes for a fairly obvious transition. Incorporating dedicated assault technologies might be less palatable but does make sense as broadcasters look for more accurate methods of capturing fast moving action. Which is why missile guidance systems continue to influence the development of image and robotic camera control.

At the end of March, MRMC (Mark Roberts Motion Control) announced a partnership that involves combining its PolyCam camera robotics system with ChyronHego’s TRACAB sports tracking device. TRACAB uses tech originally developed by Saab Defence and Security for missile guidance. This is used to spot and follow players on a sports field and has been integrated with MRMC’s camera tracking systems, including the new Robotic Pod.

“This creates coordinate positions for our robots to follow,” explains James Banfield, synergy sales, planning and broadcast marketing manager for MRMC. “In addition, some of the AI systems used in this technology are similar to those found in security systems.”

Banfield says the ChyronHego technology was used to deliver the high accuracy and low latency needed for controlling automated cameras in fast-moving TV productions such as sport. 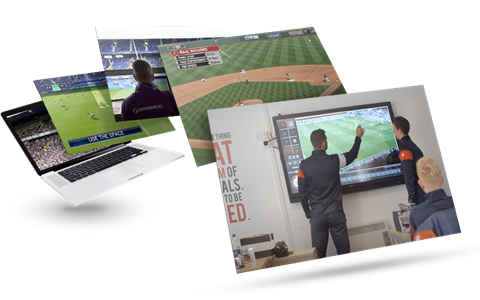 “Being able to track all the players and follow the action automatically has benefits for broadcasters and sports teams that require consistent footage for in-match and post-match analysis, as well as providing additional new and different camera angles for TV coverage.”

As to whether this could have been achieved without utilising technology based on military systems, Banfield says it would have been possible but not as quick or efficient: “The development period would have been significantly longer. Adapting existing technology with inherently high levels of accuracy has allowed us to deliver more cost-effective products for the competitive broadcast market.”

Which is very much the point, particularly as broadcasters demand systems that are not only more efficient and capable of a greater number of functions but which are also able to provide an on-screen result that sets them apart from the competition.