Working with technology collaborator Appear TV, Bridge Technologies has demonstrated what it says is the value and robustness of its Integrated Services Monitoring (ISM) approach. 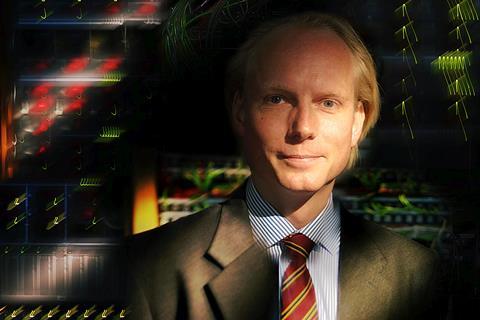 It does this in an environment that facilitates end-to-end delivery and monitoring of data, uncompressed to compressed, from production to end user.

ISM seeks to bring together the Bridge Technologies portfolio of products into a turnkey, easy-to-install media monitoring system. It represents, the company says, Bridge’s recognition of the increasingly merged and hybridised nature of the industry, where single entities may now operate on multiple layers of the broadcast and media cycle; from production through signal acquisition, contribution streams, picture archiving, OTT/streaming media, to traditional broadcast distribution with DTT or satellite.

The IP-based production and distribution environment – which was due to have been demonstrated at NAB this year – is, according to Bridge, a successfully tested proof of concept for a full-length monitoring solution from production to end user, using standards including SDI, SPTS, MPTS and OTT. The system has, the company says, been fully tested with four cameras with SDI outputs feeding an IP network processor to seamlessly bridge SDI and IP networks.

The encapsulated SDI-IP signal is forwarded to the Appear TV X10 that encodes SDI into SPTS multicast and to the Appear TV ABR transcoder for conversion to HLS OTT and distribution. The Appear TV XC5000 carrier grade platform with built-in automatic routing of signals is also part of the setup for IP in/out distribution and RF transport. The multicast service can then be monitored by Bridge´s IP probes, including the VB330, VB220, RDW, NOMAD, VB120 and RF modules.

In this particular broadcast setup, Bridge notes, the key to the way both technologies allow for delivery from the beginning of the production process to the end of the broadcast process is their ultra-low latency performance in the conversion of live SDI to SDI-IP. This architecture, the company says, allows for full motion, colour-accurate, ultra-low-latency video to be made available from any source to any application or user anywhere in the world – whether a fixed studio, remote OB van or headend environment, such that a geographically-dispersed team can work together on the same project.

Simen Frostad, chairman of Bridge Technologies, said: “Individual, disparate solutions become a less and less tenable approach within an industry that is now trying to do a lot more with a lot less. ISM takes the incredible analytical ability embedded in every part of the Bridge Technologies portfolio and deploys it in a way that captures and utilises data in multifaceted ways to assist with accurate decision making across the whole media chain, end-to-end.

“Moreover,” he continued, “we make sure that the data generated is intuitive, meaningful and usable, not only by those with knowledge of IP network behaviour aiming to troubleshoot day-to-day operations, but by non-technical experts – whether production-based camera painters, or corporate-based strategic decision makers.”

Thomas Lind, product director at Appear TV, said: “The ability of ISM to monitor both uncompressed and compressed data across various formats and a full range of resolutions is perfect for integration with systems such as our X Platform that delivers high-speed video networking and advanced compression, and our ABR just-in-time packager for OTT streaming”.

He added: “Bridge Technologies echoes our philosophy in the importance of being able to create easy-to-use, easy-to-integrate systems across multiple standards. The use of Appear TV and Bridge Technologies products provides complete optimisation for broadcast operators, production facilities and OTT providers from end-to-end, ensuring the highest performance, quality assurance and value for our customers.”