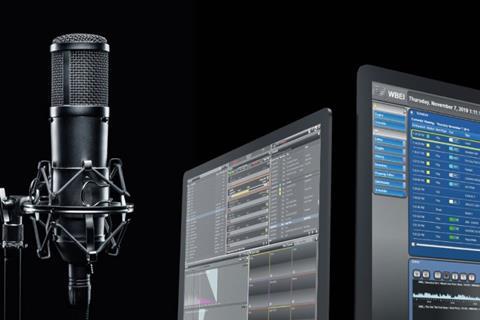 Elenos Group: The updates to AudioVAULT came in response to customer needs

New capabilities include the ability to operate dozens of audio channels 24/7 on a global system and schedule all audio channels dynamically, either centrally or at remote locations.

Other features include cloud storage with global secure access, simultaneous store-and-transport of audio to all and sub-set locations and a scalable environment based on virtual machines. According to Broadcast Electronics, these improvements will lead to a reduction of downtime and prevention of huge losses thanks to advanced disaster recovery procedures.

The improvements came about due to the critical requirements of AudioVAULT customers. Recently, a large customer with a complex global network came to BE wanting to modernise and update its existing system. A team of BE automation specialists took the time to understand their processes and determine where improvements could be made.

“Our team realised that each of the dozens of networks were manually recording over 100 cuts per day, many from HTTP sources. Our engineers rewrote our AVImport program to automate the ingest of these diverse HTTP and satellite feeds, minimising errors and saving untold hours of manual effort,” said Bob Demuth AudioVAULT business development manager.

The upgraded network now includes redundant systems, mirrored in real time so that any errors detected in the main system are mitigated by seamless switchover to the backup. The main and backup systems each include two playback servers, an ingest server and a 20TB redundant storage system. The new cloud storage includes nearly 50TB of capacity.

Witnessing the potential of the AudioVAULT platform, this customer has ordered a complete second multi-million dollar system for emergency disaster recovery at another location.

The initial phase of this program was ordered in the third quarter of 2019, delivering this full-featured system in mid-2020. The second system is scheduled to be online in mid-2021.