DTG shows esports, the NBA and the NFL to be leading in sports innovation

The Digital Television Group (DTG) fielded a strong speaking team for its webcast ‘Live Sport: Are the Fans Driving Innovation?’ It was fronted by Andy Brember, commercial director, sport at Kantar. 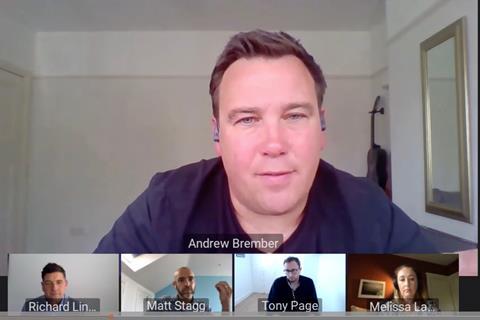 Brember: ‘77% of esports fans feel that innovation is bringing benefits to sport’

Brember looked at where the data and insights consultancy sees innovation, and what the fan attitudes are to it. He started with Covid-19 and peoples’ desire, or not, to have sport back.

“Sport is an enormously important part of UK lifestyle, with 83% being followers of sport. We asked a few questions just to get a sense of peoples’ attitudes, and 43% said they have missed live sport. The suggestion that live sport will lift morale saw 35% of fans agree,” he said. “This is a bit muted, which is how we see these results.”

The study that Brember referenced, Kantar Innovation in Sports, shows TV remaining king of the sporting consumption experience for the reason of shared experiences, while esports has a keen following of 5%, with enhanced potential triggered by consumer interest in F1 and Tour De France virtual racing during lockdown.

“The absence of live sport will have drawn more people to esports, but it is now a question of whether they stick with it. What we are seeing is an evolution in other areas, with a 17% growth in the use of smartphones to view sport,” said Brember “Tablets have seen a bit of a decline.”

“If it comes to the demise of TV, it is a potential threat ultimately to the revenue stream within sport. One of the big drivers for a long time in revenue has been the opportunity for brands to associate themselves with sports like football, F1 and golf and rugby, but the challenge presented by second screening is that it is a distraction from that core,” said Brember.

“It’s stuff that sits around the content fans are watching, they are either looking for results within a competition, stuff relating to teams and players, or stats to talk about on social media. Behind the scenes content is something that spreads to that second screen. It is about getting a greater sense of what’s going on.

“It is not a full tearing away of the attention,” he added. “It is a broadening of the avenues through which these people can be contained.”

According to Kantar’s report, consumer innovation interest areas in sport include the choices of camera angles, audio commentary, overlaid stats and graphics, artificial crowd noise, behind the scenes content, studio analysis, and social media activity. The standout stats are that 76% think the right amount of innovation exists, 11% feel there is too little, and 14% totally reject further innovation within sports.

“Looking at which sports are generating the strongest feelings about innovation, esports is leading the way, with two of the primary American sports (NBA and NFL) in second and third,” said Brember.

“We see that 77% of esports fans feel that innovation is bringing benefits to sport,” he continued. “The sports fans least interested in developments [innovations covered in the report] were from cricket, golf and rugby.”

Brember says it’s not Kantar’s view that fans are driving innovation. “Most are not clamouring for it, but the younger fans of esports are showing a clear appetite for the stuff that is more exciting.”