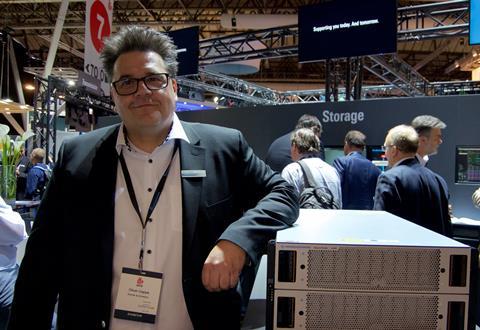 The Fibre Channel standard “has served the media industry well, but in essence there are only around nine manufacturers developing Fibre Channel technology. Compare this to high-speed Ethernet, where there are over 500 companies, such as Juniper, Arista and Cisco introducing new products every year and the future is clear,” stated Oliver Gappa, R&S head of sales for Europe. Rohde & Schwarz released its first Ethernet storage, SpycerNode, at IBC last year and has added to it this year.

He believes moving to Ethernet makes sense as its performance is now comparable to Fibre Channel. However, Ethernet “is much more flexible” and simplifies the creation and operation of network attached storage. He believes that systems like SpycerNode are now a “far more versatile, productive and cost-efficient platform for media storage”.